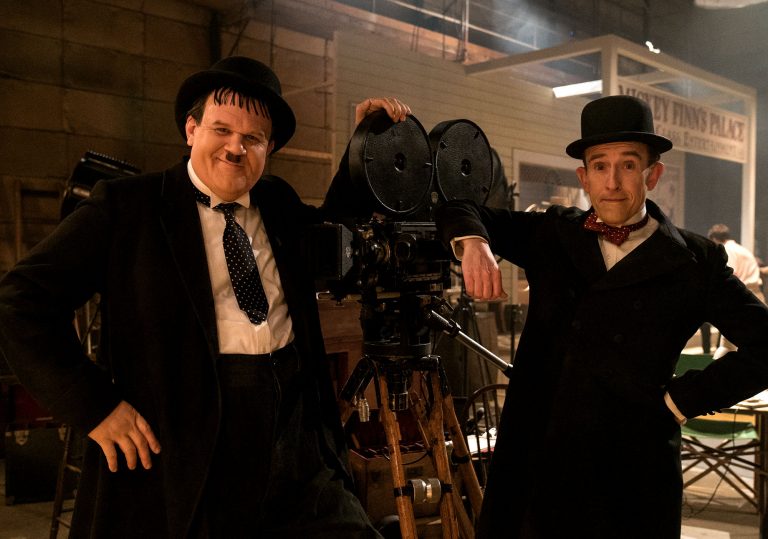 Something new for director Jon S Baird, the man behind Cass and Filth.

Wish this one was called Lucille & Ida.

You can help but feel that the film almost damages Laurel and Hardy’s comic legacy.

Stan Laurel and Oliver Hardy forged a creative bond so ironclad, you’re left to baffle at how two human beings could be so innately simpatico with one another’s distinct sensibilities. Their connection transcends rational thought. They are like conjoined twins where, if an attempt were made to surgically divide them, one would likely expire from the trauma. When you see them do the little jig at the beginning of their classic western parody, Way Out West, you’re witnessing a unique moment in this history of art. What they had was lightening in a bottle.

This new film by Jon S Baird rides on this concept of the duo whose success is predicated entirely on them working as a partnership. And yet, it’s this very idea that prevents this sentimental saga from ever taking off, as Laurel and Hardy’s talents were entirely specific to those specific people and those specific characters. Sure, you can have actors doing impressions of these comic behemoths, but you absolutely can’t fake that bond.

And so it is with Steve Coogan and John C Reilly, doing their utmost to mimic Stan and Ollie, but never making it feel anything more than they’ve gone a little hog wild at a friend’s costume party. Suspending disbelief is not an easy task, and Coogan in particular is hard to accept, especially given that much his career has been predicated on his impressions and voicework. Where Reilly is a little more relaxed and naturalistic as “the Babe”, Coogan strains for effect, overloading his precious performance with all the tics and trademarks, but to the point where it feels like he’s desperate to prove that he’s done the research. His regular aping of Stan’s silly little hair scrunch never credibly lands – it’s like watching your mad grandfather doing it. 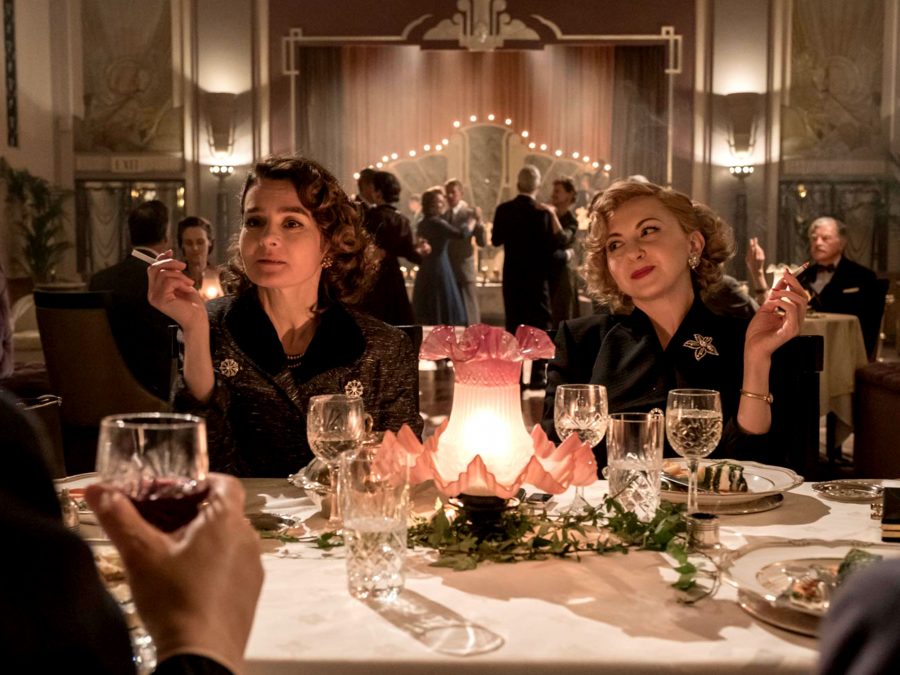 This film is inspired by AJ Marriot’s book ‘Laurel and Hardy: The British Tours’, which chronicles the twosome in the twilight years of their career. The promise of budget for a Robin Hood-themed caper sees the pair yomp to rain-swept Britain where they are trapped in a holding pattern of humiliating, ill-attended stage shows as they wait for the picture money to be signed off. Their UK promoter, Bernard Delfont (Rufus Jones), is a bizarre, sitcom-y caricature of a hoodwinking agent, running circles around the pair in order to bump up attendance numbers for their gigs.

Meanwhile, Ollie’s health is faltering, and Stan is still mad at a past episode in which Ollie capitulated to the demands of their erstwhile producer, Hal Roach (Danny Huston). It doesn’t help matters that the film is packed to the gills with bland, single-serving supporting characters who all spout the same variation of “Laurel and Hardy? yes, you used to be hilarious”, duly capped off with a embarrassed reaction shot from the boys.

The film is gentle to an unedifying degree, soft-edged and soft focused. One key problem is that it is never funny. Baird accepts that Laurel and Hardy’s routines and gags were funny when originally performed, but also believes that they will be funny if he just recreates them with none of the poise, none of the chemistry and none of the magic. The camera constantly cuts to audiences guffawing at the on-stage antics, and you’re left to ponder: what on earth are they laughing at? If this is so funny, why aren’t we laughing too?

There is some humour, though, and it’s entire care of Shirley Henderson as Lucille Hardy and Nina Arianda as Ida Kitaeva Laurel – both hilarious as the type of overbearing wives seen a comedy classic such as Sons of the Desert. They are so far and away the strongest elements of the film, it’s hard to comprehend why they weren’t pushed further to the fore. The film’s greatest failing is that it makes you question whether Laurel and Hardy were funny in the first place, or just a pair of two-bit, end-of-the-pier clowns. Returning to the original films in order to quash these misgivings is a pleasure, not a chore.

Something new for director Jon S Baird, the man behind Cass and Filth.

Wish this one was called Lucille & Ida.

You can help but feel that the film almost damages Laurel and Hardy’s comic legacy.