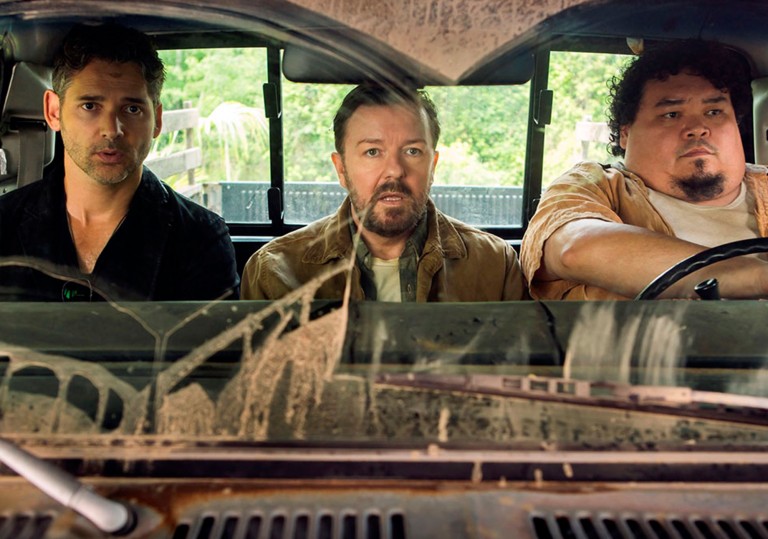 Could this be Ricky Gervais’ Arthur moment, where the US takes him under its wing?

Special Correspondents is a new film that’s been written and directed by Ricky Gervais and is available to view on Netflix. We’d like to grab you by the grubby collar and whisk you away, momentarily, on a Dickensian reverie… Let’s imagine the life of this film in a time before the reign of the VOD giants, who have access to vast pots of payola to produce their own exclusive content.

As a child of the VHS generation, it took a while for me to delineate between cream-of-the-crop studio movies that had reached the rental shop following a golden run on the big screen, and fourth-rate celluloid swill that was produced purely as a way to fill out the shelves. These movies formed a mouldy wreath around the white hot blockbusters, and in many ways it felt like their function was simply to repel you towards the bigger, better titles. Like, you wouldn’t be surprised to discover that they were just empty box covers – there wasn’t an actual film to go with artwork.

Special Correspondents is one of these movies, a product that exists purely to make it look like the hallowed fraternity of Hollywood film craftsmen have been keeping themselves busy. Had this movie been produced 20, 30 years earlier, there’s no doubt it would have made a sorry bee-line for the suburban rental shops. It’s a film that you would only ever end up renting if all the copies of Stargate were already on loan. This would be sat there, nestled mournfully between Biodome and Beverly Hills Ninja, as an ‘if-all-else-fails’ option.

After a while, the plastic coating on the box would begin to discolour, bathed too long in the piercing summer sunlight. The glossy paper sleeve would start to rumple in the heat, and the gurning faces of its stars – Gervais and Eric Bana – become contorted as if they were being refracted through a cheap circus mirror. The young dude sat behind the counter would be asked, on occasion, ‘what’s this one like?’, when some hapless rube is looking to gamble away their Friday evening, safe in the knowledge there’s a triple-bill of taped-off-TV Babylon 5 on standby if things turn sour. The attendant will have to lie in the name of capitalistic enterprise, but will do so in a way which doesn’t dent his cinephile credo. He’ll give it a non-committal thumbs up, but coupled with a facial expression that reads, ‘It’s a film that you can watch, but I can’t endorse it any further than that.’

You will return to the shop and slide the VHS back across the counter. He will look shamefaced, knowing that he sold you a lemon in good conscience. You send him a barely-masked scowl, the type you might reserve for a neighbour you once saw throw a bag of soiled nappies into your garden, but he didn’t clock you as he was doing it. He will cheerfully waive the £1.00 late fee.

Not many people will want to watch this movie, but that’s not a problem. During its swift fall from grace, other films will have entered the fray to take its place, its mediocrity displaced by another botch-job pretender. It will descend down the shelves to ankle-level, essentially pegged as a title that customers will have to come in specifically looking for rather than one that the outlet will want them to stumble upon. The months go by and the shelves need replenishing, so maybe the three copies on rotation will be hacked back to just the one, for archiving purposes only. The others will be sent to languish in the ex-rental bin, where they might become an ironic christmas present, or picked up and re-used to tape Babylon 5 off the TV.

Could this be Ricky Gervais’ Arthur moment, where the US takes him under its wing? 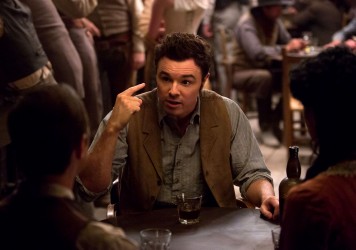