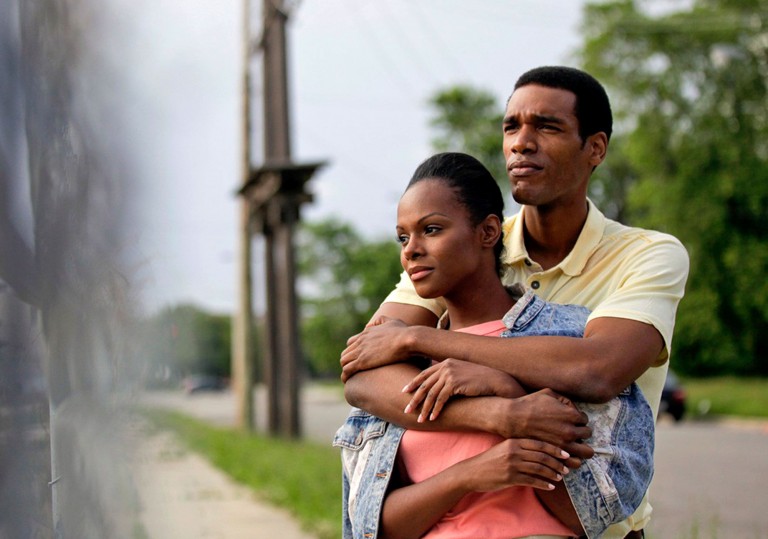 Before Sunrise re-cast with the Obamas is a proposition way too fascinating to skip.

It takes an admirable measure of audacity to even attempt a fictionalised recreation of an intimate encounter between the incumbent Leader of the Free World and his beloved First Lady. Richard Tanne’s romantic drama Southside with You has sparked ongoing curiosity ever since it was announced in 2014, principally for its stated aim to dramatise that pivotal first meeting between ambitious twentysomething Chicago co-workers Michelle Robinson and Barack Obama in 1989.

Tanne’s premise is certainly an enticing one, adopting the minute-to-minute structure of Richard Linklater’s Before trilogy to portray Barack and Michelle on a summertime date in Chicago’s South Side district in which the couple take in an art museum, community meeting and a spontaneous screening of Do the Right Thing. (It’s tempting to wonder what She’s Gotta Have It-era Spike Lee might have accomplished with this subject.) But it also raises several issues stemming from the feeling that this is surely the sort of project any reasonable filmmaker would propose much later, when its real-life characters are no longer subject to intense public scrutiny. Is there any chance that a film like this, one that doesn’t try to disguise its characters à la Primary Colors, could be anything more than overly-reverent, subject-servicing fan fiction?

Yet any such concerns evaporate once Tika Sumpter, playing a young FLOTUS, and Parker Sawyers, as the Man Who Would Be POTUS, appear onscreen. Sumpter isn’t necessarily a dead ringer for Michelle, but she nails the famously crisp authority of her speech (aided, in part, by a dialect coach) embodying a woman who is just as captivating in her public frustrations as in her private thoughts. Sawyers, meanwhile, is every bit the fount of mellow charisma that any actor playing Barack Obama should be. There are brief instances when cinematographer Pat Scola catches the actor in a fuzzy shadow or canted angle that makes the resemblance almost breathtakingly uncanny.

Sumpter and Sawyers establish a kindly, sensual and crucially unsentimental connection that isn’t quite matched by Tanne’s filmmaking style. It isn’t that Southside with You is devoid of tension; in fact, there’s a palpable strain between the soon-to-be-couple as Michelle initially insists that this isn’t a date before eventually softening to Barack’s smooth advances. But there’s a clunkiness to scenes like Barack and Michelle’s first argument over this “non-date”, in which the constant repetition of their first names serves as a not-so-subtle reminder of just how momentous an engagement this actually is.

And yet it’s hard not to take something away from a film so deeply invested in the inner lives and personal interests of black characters, depictions which we are still largely starved of within mainstream popular cinema. The soundtrack is brimming with ’80s classics from the likes of Janet Jackson, Slick Rick and Soul II Soul. The treatment and welfare of black lives is discussed through and beyond the lens of politics, polemically but also casually. And when was the last time you saw two black characters discussing the cultural connotations of Ernie Barnes’ paintings at an Afrocentric art exhibition?

Moments like these solidify Southside with You as a sparkling rarity whose stilted missteps are eclipsed by its looser instincts and luxuriant pleasures. The film ends on a beautifully ambiguous note, in which the lives and careers of Barack and Michelle could seemingly go in any direction. Of course, we know full well just how auspiciously their shared future will unfold, but the film poignantly leaves us on the brink of that grander, more optimistic tomorrow. It’s a lovely, self-contained prelude to an even greater story that’s still being shaped offscreen.

Before Sunrise re-cast with the Obamas is a proposition way too fascinating to skip. 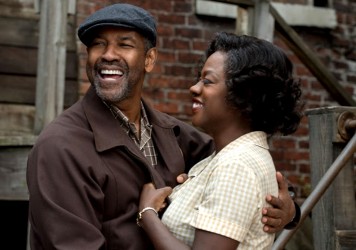 The actor steps behind the camera for this 1950s set race relations drama.