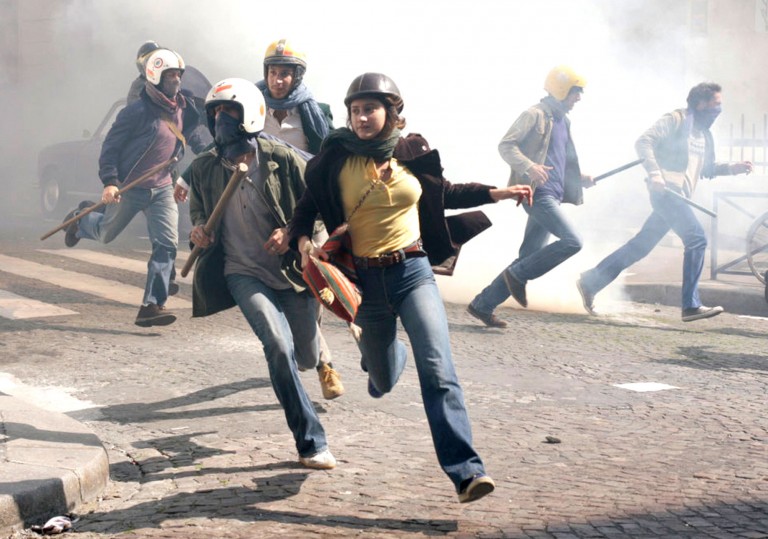 Though occasionally hit and miss, Assayas remains one of French cinema’s most distinctive voices.

A breathless, meandering gem which covers the intellectual and emotional trials of youth.

In films such as cinephile extravaganza Irma Vep, intimate addiction drama Clean and expansive terrorist biopic Carlos, the highly talented French director Olivier Assayas has shown himself to be quite as delightfully (and challengingly) adept at genre-hopping as those maestros the Coen brothers.

Assayas’ latest film, inspired by his own 2002 book ‘A Post-May Adolescence (Letter To Alice Debord)’, takes us back to the concerns and period of his earlier Cold Water. It dallies with autobiography as it evokes the political half- life of the “revolutionary” events in France of May 1968 and their effects on a young suburban Parisian student not entirely unlike the 58-year-old director himself.

The movie’s a riot, both political and emotional. It’s set, initially, in a secondary school outside Paris in 1971 – itself a frenzy of agitprop meetings, insurrectionist scheming and planned RER daytrips to the city centre to do battle with the “fascist” special security squads. The film then floats off to Tuscany and London to follow the sentimental journey of 18-year-old artist and designer Gilles (Clément Métayer).

This is Assayas’ portrait of the artist as a young filmmaker. The end of the journey – not to give anything away – sees Gilles taking up a job as a “gofer” on a creature feature filming at Pinewood. And, in the tradition of such portraits (from those by Joyce to Dylan Thomas), it is as much a sorrowful ‘Goodbye To All That’ as a re-vivification of the look, sound and feel of personally significant times past, not to say some kind of confession of the folly, romantic and intellectual confusion and conflicting, heightened emotion of a young self.

Such ambition, such balance, such forbearance. It’s highly laudable work from Assayas and it’s not surprising if, at times, the film can seem, superficially, either meandering or coldly distant. Let’s just say Gilles is indeed meandering and the movie is touchingly true to that. He’s also a mite taciturn – who isn’t at 18? – and Métayer downplays him so as not to upstage the rest of the cast, many of whom are non-professionals coached to perform just a little like Bresson’s ‘models’ in Four Nights Of A Dreamer.

Arguably, too, Something in the Air is over- dense: quotations abound, from the cinematic and historical to the social and philosophical, from Blaise Pascal to Captain Beefheart. Indeed the film’s progressive rock soundtrack plays first-among-equals in the film’s orchestra of elements. The extraordinary period recreation is a tribute to both the resourcefulness of production designer François-Renaud Labarthe, Assayas’ prodigious memory and photographic eye for detail, and the attuned fluidity of the director’s regular cinematographer Eric

Gautier. It provides set-piece after set-piece: raucous political meetings; sex beneath the ‘Spooky Tooth’ posters; theatrical light shows; dropping acid at bacchanalian parties. It takes your breath away by virtue of its combination of truthful ambience and accuracy of observation, covering every inch of the frame.

The result is an exhilarating and demanding film that is as full of interesting conflicts and contradictions as its protagonist. The dialectic it describes, as befits a portrait of a child of Marx and Coca-Cola, is similar to that between the romanticism of memory and the cold light of reality. It could also be Assayas’ best, most revealing and – dare we say it – funniest film to date.

Though occasionally hit and miss, Assayas remains one of French cinema’s most distinctive voices.

A breathless, meandering gem which covers the intellectual and emotional trials of youth. 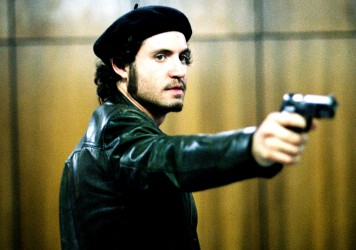 Olivier Assayas serves up an imaginative but exhausting study of a man who embodied the shifting sands of history.