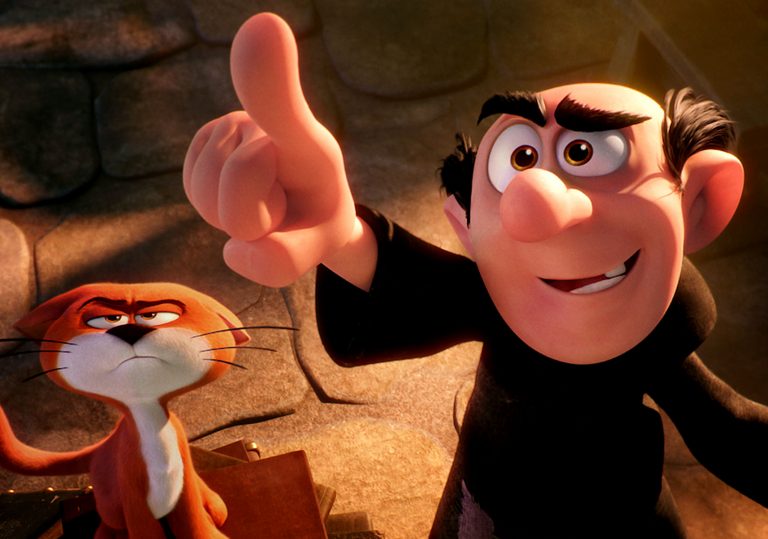 Oh no, they’re rebooting the Smurfs. Back to the smurfing beginning we go!

It’s smurfing dire, but might be enough to keep the knee-highs quiet for an hour or so.

[Warning – This review of Smurfs: The Lost Village is NSFW]

Whichever way you slice it, Papa Smurf is a total and complete smurf, and whenever he enters the smurfing frame with his smurfy white beard and smurfy red pants/hat combo, you just want to land a jackboot right up his shiny smurfhole. Well, he’s up to his smurfing old tricks again, coercing his fellow, single-trait comrades to be really smurfing nice all the smurfing time.

On her wanderings, the annoyingly clean-cut Smurfette, the sole female Smurf in the clan, happens upon a tiny crack in the wall, and spies some other Smurf-like creatures on the other side. She assembles a band of cohorts – Brainy, who’s one clever smurf, Hefty, who has big smurfing muscles and a stupid smurfing heart tattoo on his bicep, and Clumsy, who’s really just a complete mothersmurfing smurf who can just go the smurf to Hell.

But before they’re able to venture into this new land, the evil wizard Gargamel gets wind of their plans and this undiscovered race of Smurfs, and the race is on. And yes, you guessed it, Gargamel is one, gigantic smurfing smurf-rammer, and it’s hard not to be excited by the prospect of seeing him have pain administered to his smurfs.

What’s most dispiriting about Smurfs: The Lost Village is that it comes across as the most banal retread of every other smurfing kid-centric digitally animated movie out there. There’s some weak smurfing high-jinxs, dialogue that sounds like it came right out of a semi-congealed smurf, and a story that was scrawled on to the back of a beer mat with an oversized purple smurf.

And what’s really sad is that you’ve got Julia smurfing Roberts turning up for some corny smurfing voice work, and that you have to listen to the smurfing atrocious house track ‘Blue (Da Ba Dee)’ by Eiffel 65, which just on its own makes you want to claw your own smurf off and toe-punt it into an active volcano.

But the worst thing about the film is that there’s absolutely no smurfing subtext. There’s no interesting way to talk about the themes of the film or to tease out some dubious double meanings. It’s so horrendously affirmative and cosily progressive that it’s actually tough to say anything rude about it. It’s a smurfing bore, though.

Oh no, they’re rebooting the Smurfs. Back to the smurfing beginning we go!

It’s smurfing dire, but might be enough to keep the knee-highs quiet for an hour or so. 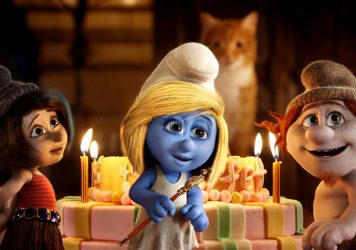