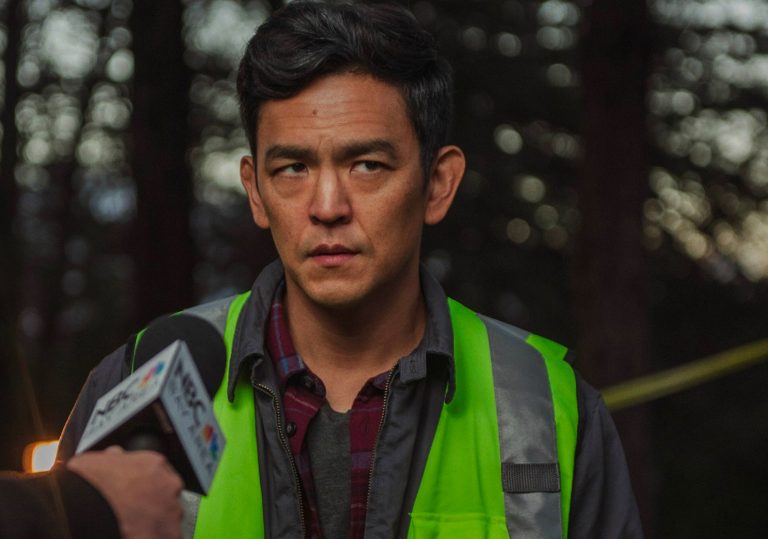 It’s a missing person thriller with a tech-savvy twist.

Some nice moves but as shallow as YouTube celebrity.

Palming the keypad in an attempt to make it stop.

Open a paper, switch on the radio, flip open a browser on your favourite news channel, and there are people screaming that we are spending too much time online. Won’t somebody think of the children? Director Aneesh Chaganty has chosen to ride the digital saturation outrage wave by making a movie which is delivered entirely through digital recording methods and instant messaging software – an act of high-wire formal trickery which fumbles about twenty minutes in and spends a good hour dangling there while looking a bit silly.

John Cho plays concerned single parent David, who is forced to hack into his daughter’s laptop when she goes missing one evening. Although still depressed at the recent passing of his wife from cancer, David sincerely believes that his paternal nurturing creds are second to none, and so is a little perturbed to discover that his apparently cheery daughter has been funnelling her piano lesson subs to some mystery avatar.

Enter Debra Messing as the steely detective with a special interest in problem children, and you’ve got a mess of after-hours video chats, dyspeptic emails, social media sleuthing and lots and lots of googling. The issue here is that Chaganty flails and scrambles to extend the thin material to feature length, throwing in dumb red herrings and dumber twists just to make Searching feel like a proper movie.

Cho takes the material seriously enough to at least give his character a measure of credibility, but the unfolding mystery is so silly – and so desperate to preserve the moral righteousness of the key players – that it’s really hard to care. Furthermore, the time that has lapsed between the making of this film and its release has already made it feel a little technologically obsolete, so god knows what this will look like come 2019.

It’s a missing person thriller with a tech-savvy twist.

Some nice moves but as shallow as YouTube celebrity.

Palming the keypad in an attempt to make it stop.