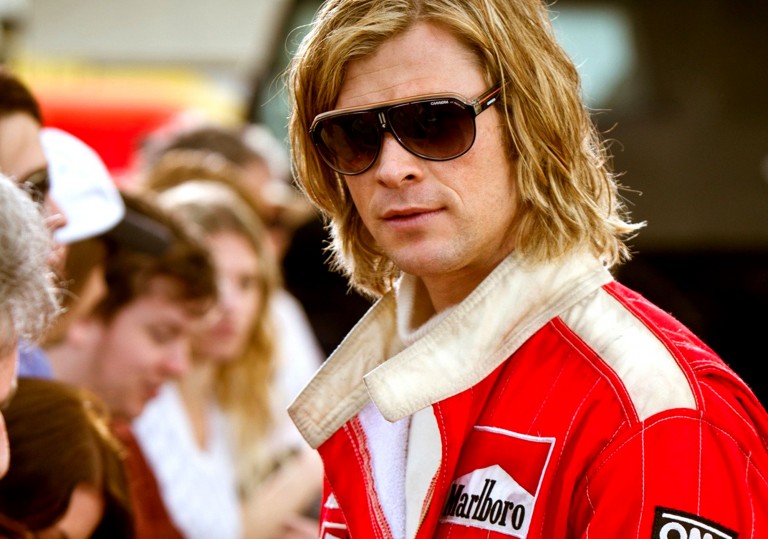 Slow off the grid, but undeniably effective in places.

Flirts with being truly interesting, spins off at the last bend.

The story of James Hunt and Niki Lauda was always going to be a tempting one for Hollywood types. The former was a playboy prince of the Formula 1 world, preternaturally gifted but arguably more interested in booze and girls. The latter was a stern, dedicated soul who overcame a horrifying crash to be back on the track within weeks. Their rivalry electrified the motor racing world in the 1970s, and it only seemed a matter of time until their story came to the big screen. It’s just a touch regrettable that it arrived under the bland stewardship of Ron Howard.

The erstwhile Fonzie foil reunites with Frost/Nixon writer Peter Morgan for Rush, which sees Thor star Chris Hemsworth play Hunt, with German character actor Daniel Brühl as Lauda. For a while it feels like a missed opportunity: Morgan’s screenplay, complete with creaky dual narration from its heroes, is crude and broad-brushed in its early stages, spending a disproportionate amount of time on Hunt’s short-lived marriage to a model (Olivia Wilde), a storyline that ultimately goes nowhere fast.

But the recreation of the ’70s race world is loving and impressively realised, combining archive footage and digital wizardry to great effect, and that’s just enough to carry you through the banal early stages. And once the film gets into the meat of the drama — the 1976 season where Hunt and Lauda battled for the championship — it becomes much more engaging. Danny Boyle/Lars von Trier regular Anthony Dod Mantle gives the race sequences a low-tech kineticism, and as the season (and the film), nears its climax, you’re reminded that Howard was behind the genuinely nail-biting Apollo 13, as he wrings every last drop of tension out of the duel.

And his actors rise to the occasion too. While the prosthetic teeth Brühl wears to capture Lauda are initially off-putting, he brings humanity to a character who could be chilly at first glance. Hemsworth was a bigger risk, given that he’s pretty much only known at this point for playing a space Viking, but he makes a case for lasting stardom here; though the accent sometimes sticks in the craw, there’s an easy charisma leavened with inner turmoil that’s reminiscent of Robert Redford in his prime. (Special mention should be made of Control actress Alexandra Maria Lara, who provides the film with much of its heart as Lauda’s wife).

The film, however, is never quite as interesting as its performers. Morgan’s script (which improves as it goes on) hints at genuine insight about the nature of competition, the ways that such rivalries can both help and hinder us. But for all of his Michael Mann-aping moves here, Howard can’t commit to the theme, and lets the ending flounder under a kind of fist- pumping triumphalism that sits uneasily with what came before. The director sides with Hunt and his heart-over-head approach to racing, and looking at the finished film, you can see how that happened.

Slow off the grid, but undeniably effective in places.

Flirts with being truly interesting, spins off at the last bend. 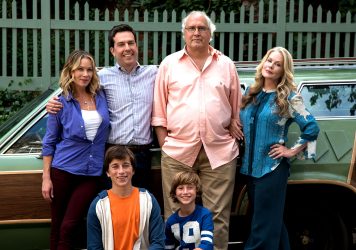