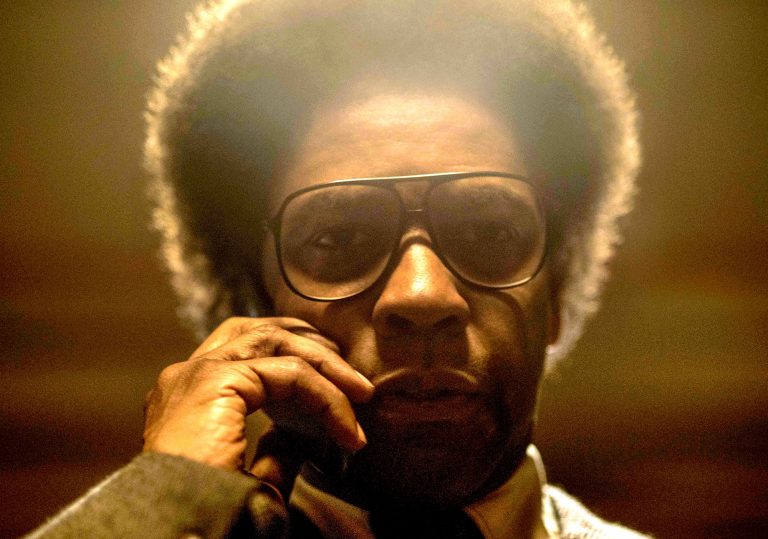 This looks like an interesting departure from the violence and nihilism of Nightcrawler.

A little all over the place and too abstract to be truly moving.

An interesting experiment but not a completely successful one.

Three years after his directorial debut, Nightcrawler, acclaimed screenwriter Dan Gilroy offers another riff on the weakness at the rotten core of human nature, albeit this time in a far more classical register. In a straightforwardly awards-baiting role, Denzel Washington plays Roman Israel, a defence attorney whose righteousness and profound dedication to altruistic work makes him stand out from his peers.

That is, until he discovers inconsistencies in the papers of the boss he looked up to for most of his career. When he meets rich, elegant and amiable attorney George (Colin Farrell), Israel is already re-evaluating his high moral standards. Looking for direction in a world where the distinction between good and evil now seems blurred, Israel is soon seduced by George’s laid-back attitude and charm. It isn’t long before he commits an illegal and unethical act that haunts him even as he finally enjoys the pleasures of material success.

Despite a vivid interpretation from Washington and a soundtrack full of jazz and blues, Gilroy again strives to keep the film in the realm of the allegorical. The artificial look of the images and the limited number of characters give an odd claustrophobic and surreal feel to proceedings. Yet where the clinical aesthetic of Nightcrawler completed its nihilistic worldview, the moral centre of Roman J Israel, Esq is never lost, and Gilroy does not delight in Israel’s sinful ways.

If the film plays with Washington’s screen persona of moral fortitude, it does not destroy it. In fact, the film’s ‘wholesome Denzel Washington’ performance is perhaps its biggest strength. Still, the actor’s talent for demonstrative performances feels restricted in the role of a reclusive, socially awkward man. Clearly conceived as a morality play, the awkwardly titled film is too contrived and predictable to efficiently deliver the emotional punch it aims for.

This looks like an interesting departure from the violence and nihilism of Nightcrawler.

A little all over the place and too abstract to be truly moving.

An interesting experiment but not a completely successful one.