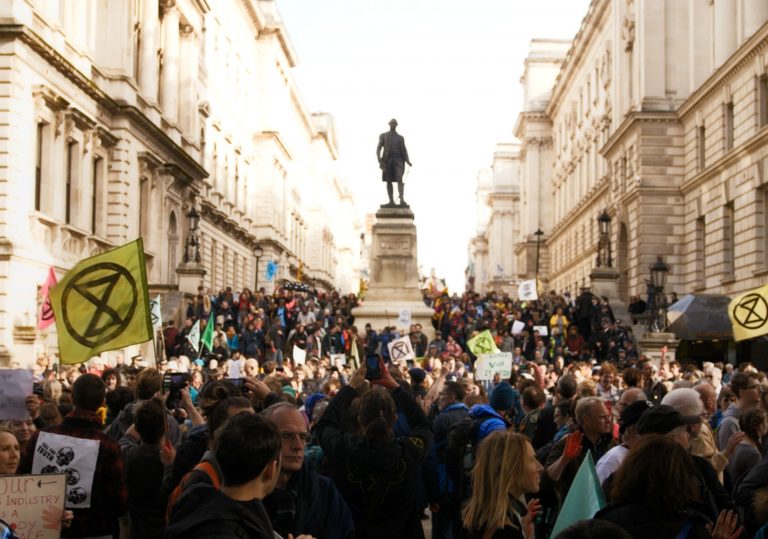 The pandemic helped a lot of us forget the urgency of climate change. A cinematic reminder couldn’t hurt.

Gripping personal stories outweigh the dullness of a process-heavy perspective.

Too kind to XR’s bourgeois impulses, it neglects key characters and weaves an all-too-convenient narrative.

This fly-on-the-wall documentary is a dicey, disappointing look at the incendiary eco-rebels known as Extinction Rebellion.

Did we use “youthquake” too early? Oxford Dictionaries baffled the nation when they selected the kooky compound for 2017’s word of the year, apparently prompted by Labour’s impressive performance in the May general election and the newfound “influence of young people” worldwide.

By spring 2019, that choice appeared prescient. Citing the older generation’s perilous inertia on climate change, tens of thousands of school pupils, led by environmental activist Greta Thunberg, strolled out of lessons in 125 countries. At the same time, a radical new group of civil disobeyers called Extinction Rebellion, or XR, were plotting to bring London to a halt.

Rebellion, a BFI-funded documentary directed by Maia Kenworthy and Elena Sanchez, is the most intimate look yet at XR’s extraordinary highs and lows, its wacky behind-the-scenes operations and the personal strife which finally sent the group’s dominoes falling.

Strikingly unglamorous fly-on-the-wall footage from key meetings gives the film a sense of brutal honesty – or at least the guise of it. Co-founders Roger Hallam and Gail Bradbrook, alongside early influencers Sam Knights and Farhana Yamin, state matter-of-factly which buildings campaigners should glue themselves to; why civil disobedience is the last possible option; how many arrests would achieve “cut-through”.

To start with, this narrative is undeniably arresting (no pun intended). Farhana’s story is particularly gripping: an experienced climate lawyer who attended 22 of the UN’s first 24 COP climate conferences, she realised business-as-usual wasn’t working. She joined XR to try a more radical approach and, as her husband and children looked on proudly, glued herself to the floor by the Shell Building as part of the group’s headline-grabbing April Rebellion.

Job done? Not quite. As the poorly received Heathrow drone stunt flops, rifts emerge over what to do next. Members who climb on top of rush-hour Tube carriages, including electric DLR trains, are not greeted as liberators. XR’s hippy “horizontal” structure, dictating that the group has no formal leadership, doesn’t help. And Hallam makes the news for the wrong reasons, including a strange assertion that the Holocaust was “normal” by human standards. (This statement, and its public fallout, curiously doesn’t feature in the documentary at all.)

Either way, XR cannot be said to have succeeded. Some of its best-known members, including Savannah Hallam (Roger’s daughter), aren’t even sure whether they were right to join in the first place. As the balloon deflates, we’re left thinking it might all have been a waste of time. Campaigner Alejandra Piazzolla points out, usefully, that XR has been strangely narrow-minded, providing few practical solutions and ignoring the plight of the climate-vulnerable abroad. This is true, but – like Roger – Rebellion appears unwilling to reflect.

What’s most egregious, however, is that the youthquake at the heart of XR is essentially ignored. Thunberg features in a solitary shot, while the school strike isn’t mentioned at all. Presumably that’s because it doesn’t fit the narrative: the youngsters’ walkout took place in March 2019, a month before XR’s April Rebellion. Opting to lionise its colourful characters, Rebellion tells a neater and, frankly, less true story than it ought to have done. Though it makes a good point, this isn’t the way to go about it.

The pandemic helped a lot of us forget the urgency of climate change. A cinematic reminder couldn’t hurt.

Gripping personal stories outweigh the dullness of a process-heavy perspective.

Too kind to XR’s bourgeois impulses, it neglects key characters and weaves an all-too-convenient narrative. 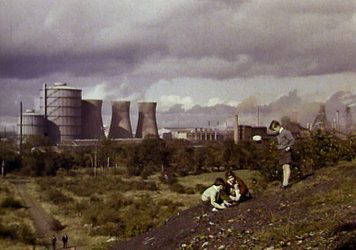 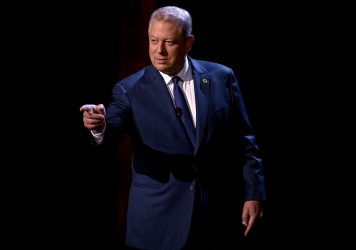