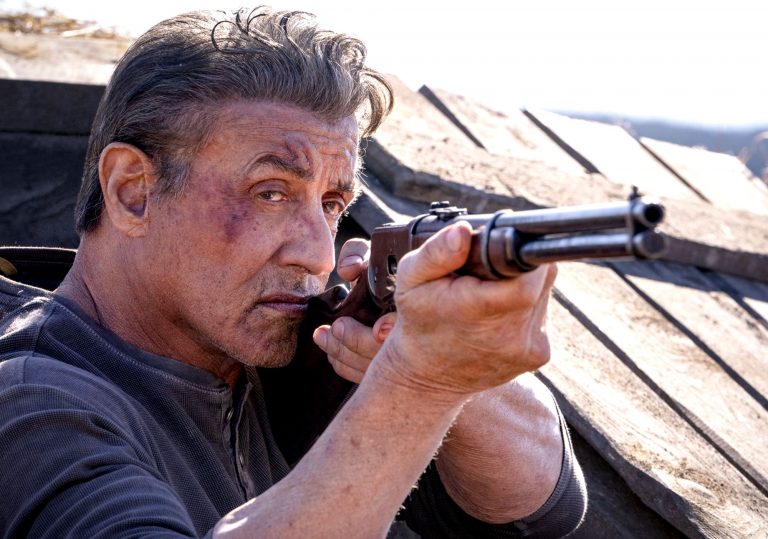 Not a Rambo fan, beyond the first film.

Unsure whether it’s celebrating or critiquing its own viciousness.

It might seem strange that a franchise whose middle section associated it entirely with amped-up, musclebound masculinity should have been bookended by titles (1982’s First Blood, and now Last Blood) that alluded, respectively, to menarche and menopause. But then, Sylvester Stallone’s John J Rambo is a man in conflict with himself, bullied, beaten and victimised (which is Hollywood shorthand for emasculated, if not feminised) by other men, and usually (although notably not here) reluctant to do what a man’s gotta do.

And now that he is reaching the end of his productive cycle, this latest vehicle, directed by Adrian Grünberg, sees our hero looking back wistfully at all the mayhem he and his country have created over the past decades, before once again picking up that bow, knife and gun and creating some more. This time he heads across the controversially soon-to-be-walled border where he must confront some vicious Mexicans (America’s other du jour).

Not that Rambo himself is racist, exactly. He shares his late father’s ranch with Mexican Maria (Adriana Barrraza), and has been acting as a loving father to his teenaged, mixed-race niece Gabrielle (Yvette Monreal) whose father (“not a good man”, as Rambo puts it) has long since flown the coop. Rambo has settled, breaking horses rather than skulls, and broadly “keeping a lid on” his violent urges and PTSD.

Yet, ever the paranoid military veteran, he has still dug a labyrinth of tunnels beneath his property as a ‘just in case’ defensive measure. Everything will change – or rather, Rambo will revert to type – when Gabrielle sneaks off in search of her father, and does not come back. Yet while this may sound like a simple rerun of Pierre Morel’s 2008 film Taken, as once again a really mad dad with a special set of skills goes hunting for his abducted daughter, in fact Rambo: Last Blood is to be a tale less of recovery than of revenge (even, in one sequence, mimicking a sequence of hammer blows from 2003’s Park Chan-wook’s revenger OldBoy).

“I can’t control what’s out there,” Rambo warns Gabrielle when she first proposes travelling to Mexico. There is, of course, an implicit contrast in his words that will come home to roost. For once the cartel has left a permanently scarred Rambo for dead and fridged his niece, taking away the one person left to anchor his life to normality, Rambo lures the heavily armed gang back to his ranch where he can control what happens, and carries out his methodically cruel vengeance, becoming the monster any willing viewer of a Rambo film wants him to be.

That last point is key. When the film’s principal female character, the similarly aggrieved Mexican journalist Carmen Delgado (Paz Vega), warns Rambo that his vendetta will change nothing, that he should get over this tragedy and move on with his life, and that “What’s done is done”, Rambo angrily responds, “How is it ever done?”, and reasserts his intention to vent all his bottled-up rage and hatred in a brutal act of vengeance, before adding, “I think you want it too.”

He is not wrong: we do want it. The fully unleashed Rambo is what we have come to see. Yet Carmen, though ignored, is right too. Rambo’s one-man war is an ugly brand of extra-judicial fantasy, where nameless goons are trapped and slaughtered in gorily grotesque ways, one after the other. Our murder-happy hero is then graced with a final, celebratory montage of scenes from all his films (Rambo re-fighting Vietnam, arming Afghanistan’s mujahideen, killing Burmese militias) that illustrates perfectly the endlessness and pointlessness of America’s foreign interventions. Those wars abroad somehow always end up coming home.

“How is it ever done?” If Rambo is right, we should expect yet more Rambo sequels to give additional expressive outlets for our deepest vindictive feelings, no matter what our sex. After all, such feelings, infertile from the start, can never produce any real satisfaction. Meanwhile what remains is the image of a wrathful, bellicose man, figured as a mythic cowboy, who has burnt his bridges, destroyed his home from the foundations upwards, presumably is wanted for mass killings in two countries, and is left only with a horse to ride on and the empty Arizona desert ahead. In a sense, he is right back where he started in the original First Blood, aimlessly wandering the country, and inevitably headed into yet more trouble. America’s patriarchal history could do with becoming more feminine.

Not a Rambo fan, beyond the first film.

Unsure whether it’s celebrating or critiquing its own viciousness. 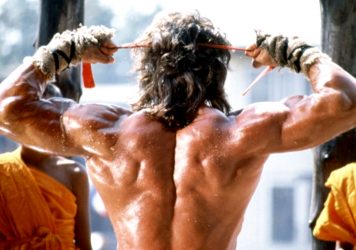 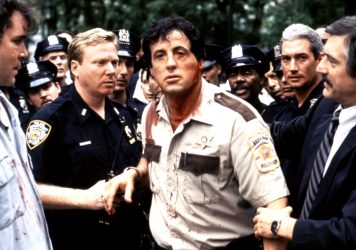 James Mangold’s 1997 crime drama saw the actor once again prove himself against the odds.