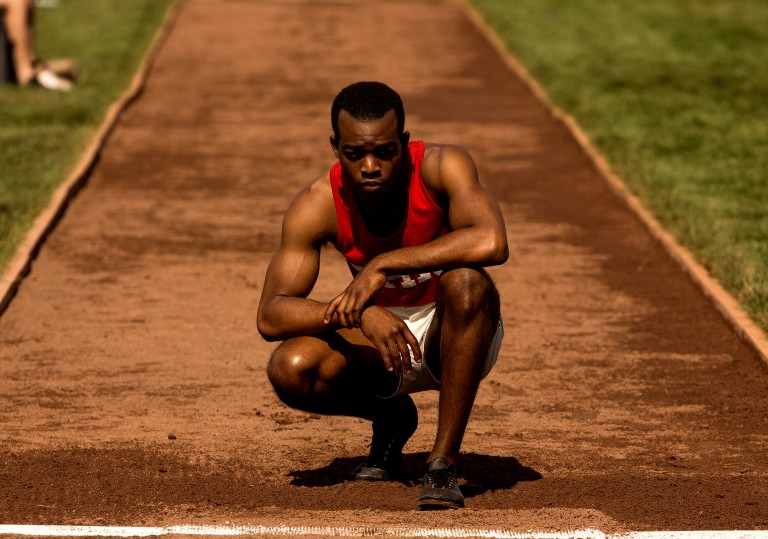 Jesse Owens’ exploits fully deserve a two-hour and a half movie.

All the ingredients are there, in large quantities...

But in the end, two-and-a-half hours is overcooking it a bit.

During the 1936 Berlin Olympics, an African-American man named Jesse Owens won four gold medals, much to the chagrin of the Nazis sat in the stalls. With his film Race, director Stephen Hopkins wants us to believe that the unifying power of sport can overcome the divisiveness of politics, and so he places all subtlety to the side to force this sentimental notion down our throats. What Owens did was naturally spectacular. Drum rolls and confetti are not required.

Hopkins captures Owens’ will of steel by plunging us into his pre-game mindset: before the race, his coach tells him to disregard the crowd and concentrate on his inner self. The adrenaline spikes and, in a way, it feels a bit like watching an actual sporting event on TV. The film’s production design is suitably luxe. Sometimes, however, it’s hard not to feel that we’re being talked down to. The seeds of Nazism are visible when an International Olympic Committee representative arrives in Berlin to assess the situation

The subsequent driving montage plays like a history lesson. The line between good and evil is also too simplistic, mostly when it comes to the supporting roles: Carice van Houten as Leni Riefenstahl and Jeremy Irons as the IOC representative deliver interesting turns that blur their relationships with the Nazi regime. Generally speaking, the cast is exemplary. Stephan James as Owens is entirely convincing as an elite athlete, but his portrayal is limited by the poor quality of the dialogue.

Plot-wise, the film plays out like a word-for-word rendering of Owens’ Wikipedia entry, even if the political context of the time is presented in a balanced and affecting manner. The horrors of racial segregation in Germany are laid bare, but we are also shown how things are not so different back home. Yet it’s all too smooth to firmly resonate with fractious racial issues in contemporary America.

Jesse Owens’ exploits fully deserve a two-hour and a half movie.

All the ingredients are there, in large quantities...

But in the end, two-and-a-half hours is overcooking it a bit.