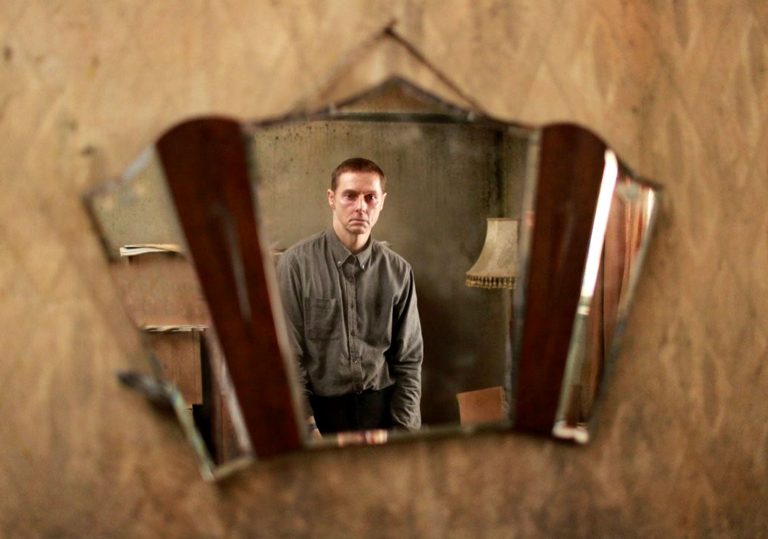 Matt Holness was the mad mind behind Garth Marenghi’s Darkplace. Sign us up.

A new direction, and then some. A very personal vision, ripped directly from the heart.

Not an easy film to like by design, but formally impressive nonetheless.

A wandering loner is haunted by a grotesque puppet in this ambient suburban chiller from one-time comic Matt Holness.

When life gives you lemons, you make lemonade. Life gave writer, director, plus actor Matthew Holness the gift of comedy, and so he duly gifted the world with one of the great TV sitcoms of modern times: Garth Marenghi’s Darkplace. As with his erstwhile colleague and co-conspirator, Richard Ayoade, it seems that the comedy was merely a front for more serious filmmaking concerns. So the lemons have turned black and mouldy and Holness has produced a tar-like morass-of-a-movie in social realist puppet horror, Possum.

It’s a bold work, one which operates by its own twisted internal logic. Heavy on macabre atmospherics and light on conventional plot machinations, it follows Sean Harris’ beady-eyed oddball, Philip, as he wanders around the Norfolk badlands with a mysterious holdall. Rather than preserve the mystery, Pulp Fiction-style, of what’s in the bag, it’s hastily transported to a woodland clearing, placed at the base of a spooky-looking tree, and from it emerges a grotesque totem of youthful trauma.

The film lurches ominously from scene to scene, with Philip in a state of constant high anxiety, always looking like his head it just about to explode. Every half-hearted attempt to offload this baggage results in failure, and every time it appears like he’s finally rid of Possum (the name of the puppet), it comes creeping back into his life. Holness leaches heavily from the natural drabness of his chosen landscape, and much of the story takes place on arid scrubland, derelict wastelands or urban terraces in a state of semi-dilapidation. It’s the story of a man who is denied physical and emotional escape at every cruel turn.

Philip’s foil is his crotchety uncle Maurice played with scowling, spit-flecked menace by Alun Armstrong. When the pair are together in a room, the chilling backstory comes to the fore. In the background, a kidnapping case plays out, the suggestion being that Philip has committed a crime between the edits. Yet this is a film which plays best as more of an ambient experience, where the fusion of stark imagery, woozy audio (care of the BBC’s Radiophonic Workshop), and dialogue employed more for its sound than its meaning, creates an impressive melee of suburban malevolence. So, Marenghi heads be warned: this one is no laughing matter.

Matt Holness was the mad mind behind Garth Marenghi’s Darkplace. Sign us up.

A new direction, and then some. A very personal vision, ripped directly from the heart.

Not an easy film to like by design, but formally impressive nonetheless. 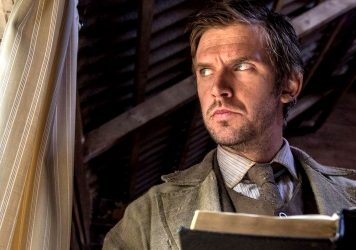