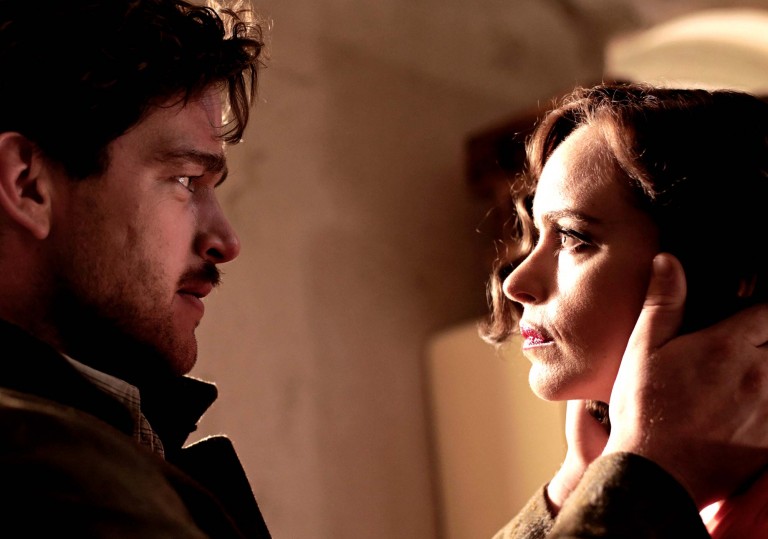 Petzold’s best film, and an early contender for one of the year’s finest.

If you’re the type of revolting pedant who flippantly chides Alfred Hitchcock’s Vertigo for being too full of gaping plot holes, you may want to take a giant swerve away from director Christian Petzold’s classically-inclined Phoenix, a traumatising postwar melodrama which puts a delicate strain on narrative credibility at the service of making daring and profound statements about the mysteries of humanity at large.

The story it tells hinges on a character being unable to see what the audience can see plainly, almost like a luxuriant yet agonising Punch and Judy show. This character’s ignorance (or blindness?) is played with bracing earnestness, and one might detect deficiencies in Petzold’s writing before understanding that this master director is playing a longer game, revealing his Ace-stuffed hand only in the film’s breathtaking final frames.

Phoenix is about two people, both of whom are given equal weighting and consideration in the detail of the script and the empathy of the camera. One is Nelly, played by Nina Hoss, a forlorn, confused Jewish club chanteuse and concentration camp survivor who has undergone facial reconstruction surgery following her ordeal. The other is Johnny, played by Ronald Zehrfeld, a stocky, sweaty piano player turned glass collector who may or may not have shopped Nelly – his lover – to the SS. The knee-jerk assumption is that Nelly would be out to seek vengeance.

And she does, though hers is a slow and cumulative form of emotional score settling. Johnny, on the other hand, is so convinced that Nelly is dead (a belief that possibly relates to the horrors he’s witnessed), that when Nelly presents herself to him, he instantly sees her as a doppelgänger whom he can manipulate into helping him secure the “real” Nelly’s considerable family fortune. It’s a set-up that deftly reflects the bittersweet artifice of cinema itself.

Petzold stoically refuses to paint Johnny as an awful person, despite the fact that everything he does translates as callous and self-serving. Plus, his history of wrongdoing is always fudged to the point of uncertainty. If he is, indeed, guilty of these heinous crimes, then is it possible to accept that the battle-scarred and possibly delirious Nelly would have it in her heart to forgive this man she loved beyond reason? On the other side of this complex intrigue is Nina Kunzendorf’s Lene, who wants Nelly to sever ties with her painful past and become one of the key benefactors of a new Jewish state. To her, Nelly’s desire to reconnect with Johnny is symbolic of a calculated affront to all those who suffered at the hands of the Nazis.

The film’s brittle narrative pincer movements are governed by the very specific conditions of the postwar political climate in Germany. It may sound like a dramatic cop out, but Phoenix examines a brand of evil that exists beyond human comprehension, where actions are so devoid of the constituents of naked compassion that one might well become violently detached from any sense of rational perspective. Johnny can see Nelly. But he can’t believe she exists. To do so would be to accept abominations so appalling, that life itself would not be worth living.

Petzold’s best film, and an early contender for one of the year’s finest.