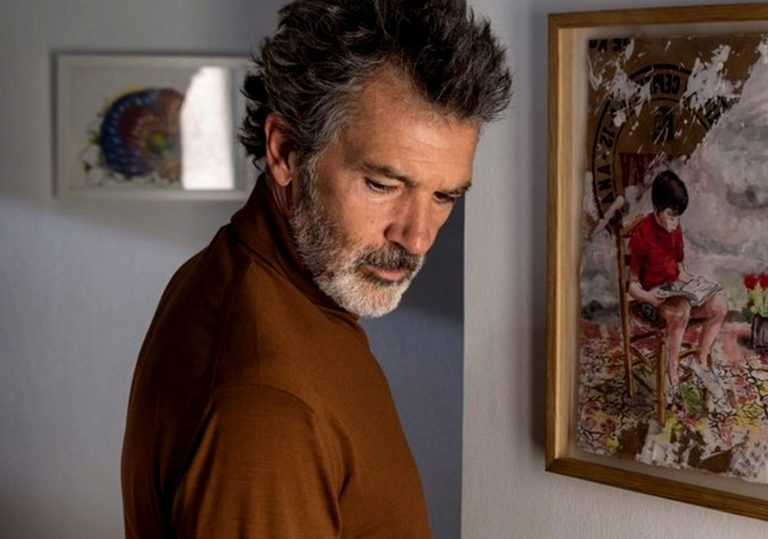 A work of staggering breadth and clarity ripped from the heart of its peerless maker.

Pedro Almodóvar is in an introspective mood. His 22nd feature follows a middle-aged Madrid-based filmmaker named Salvador Mallo (Antonio Banderas) as he reflects on his life choices: personal and professional; good and bad. Over the course of the film Almodóvar builds a complex picture of a gifted but fickle artist whose glory days look to be long behind him. We also discover that Salvador suffers from chronic back pain and occasional choking fits, which further explains his sudden urge to reconcile his former triumphs and tragedies.

Early on, Salvador recalls how being promoted to the position of soloist in the school choir afforded him academic immunity. In lieu of a proper formal education, he describes acquiring knowledge by experiential means, learning geography while touring Europe with his films and becoming intimately familiar with the human anatomy through a succession of debilitating ailments. (Who else but Almodóvar could take a subject as clinical as the human circulatory system and illustrate it in such thrillingly sensual terms?)

The main catalyst for Salvador’s stroll down memory lane is the upcoming anniversary of his highly-regarded film, Sabor, which Almodóvar tantalisingly shows us nothing of save a portion of the end credits. In English ‘Sabor’ literally translates to ‘taste’, and its garish poster, which proudly adorns the wall of lead actor Alberto’s (Asier Etxeandia) home, despite his longstanding feud with the director, is vintage Almodóvar: a pair of plump lips with a strawberry tongue suggestively poking out set against a scarlet red background. 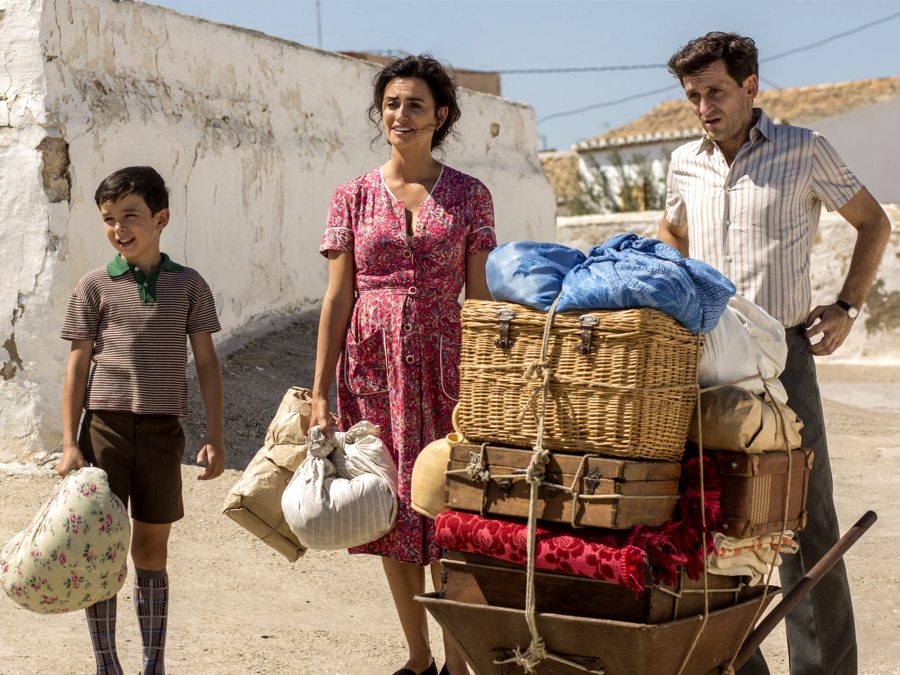 Having recently revisited Sabor with fresh eyes, Salvador recognises its quality yet is reluctant to speak about its legacy and skips out on a retrospective Q&A screening, preferring instead to kill time with Alberto. While Almodóvar is unambiguous about Salvador’s talent as a filmmaker, he is sceptical of the man he has become. In various encounters with characters from his past, Salvador reveals himself to be impetuous, narcissistic and self-destructive. He is surrounded by people who care about him but rarely displays affection and almost never initiates it.

In a disarmingly moving scene, Alberto performs a monologue penned by Salvador called ‘Addiction’, a frank confessional recounting a brief but intensely passionate romance that ended three decades earlier after becoming soured by his lover’s heroin dependency. The terrible irony is that Salvador has himself started using the drug to supplement the comparatively mild cocktail of prescription opiates he takes for his bad back, routinely chasing the dragon to the point of intoxicated reverie.

Almodóvar only makes personal films, and he has said that this one left him “emotionally naked”. It’s no wonder he has vowed never to publish an autobiography – what would be the point when his work does the talking so honestly and eloquently? Before we leave Salvador, one final reminiscence sparks a moment of profound clarity. Sitting down at his computer, he confidently taps out the title of a script which we sense will be the late-career masterpiece he was always destined to make: ‘The First Desire’. Fittingly, Almodóvar has delivered just that.

A work of staggering breadth and clarity ripped from the heart of its peerless maker.