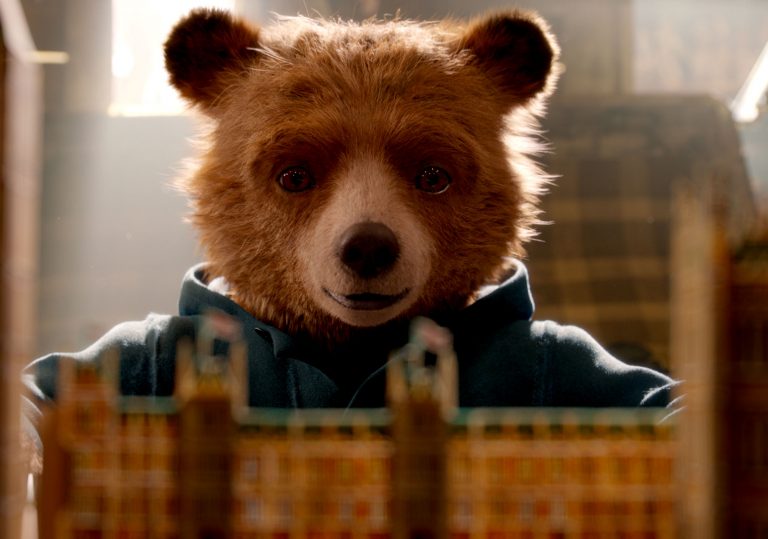 The inevitable sequel to one of the great family films of the new millennium.

Unlike marmalade, this is very moreish and not bitter at all.

The face of progressive politics isn’t, alas, always a pretty one. To impose the fruits of enlightenment and higher learning upon our fellow man can often alienate and widen existing rifts. In short, no one likes to be taught a lesson, especially by some smarmy oik. Paddington 2, from director Paul King, is a model of poised political filmmaking, and intones its lessons from a mouth smeared with marmalade.

It embraces modesty and is careful to keep its discourse cordial. It never goes into too much detail on why people are driven to be awful, why they are sometimes wrong, why they are misguided or why their pursuit of personal happiness might be to the detriment of those around them. It does embrace the power of positivity and kindness, the value of dialogue and why practical thinking will always trump ideological action.

It refuses to bask in self-satisfied glory at an idealised vision of the world as it chides those who seem to exist to drag everyone else down. No, Paddington Bear, in this sparkling sequel, is essentially presented as a modern, metropolitan reincarnation of Jesus Christ in a battered read sun hat. He parrots his homespun scriptures to all who will listen, wise words passed down to him from God on high (his aunt Lucy who lives in Peru). Okay, so maybe Paddington isn’t Christ in the literal sense, but in this film he comes across in His popular image, as a selfless, hairy samaritan who staunchly practices what he preaches. 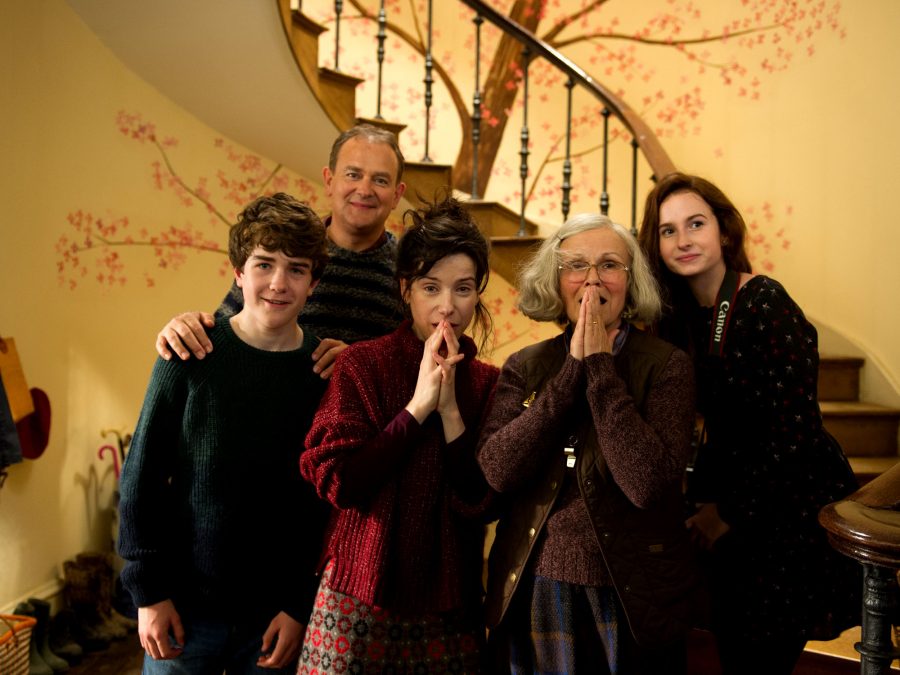 This film plays like a colourful remix of the first instalment, but one where the origin story element is clipped down to a fine point. The friendly little bear voiced by Ben Whishaw is still ensconced in his insanely plush Notting Hill terrace with the Brown clan, though his incessant pratfalls are now thankfully less regular in occurrence. The story here is but a wisp – Paddington is framed by a nefarious D-list stage actor (Hugh Grant on ripping form) and has to go to prison – but it’s this core-level simplicity that makes the bounty of small pleasures that much more pleasurable.

What’s so satisfying here is the obvious amount of thought that has gone into every element of the film, from the dazzling visual designs to the cleverly reverse-engineered plot, and everything in between. King and his writing partner Simon Farnaby have proved themselves dab hands at wacky call-backs and long-lead punchlines, as off-the-cuff details from the beginning of the film all end up having deeper relevance later on.

Snow globes, dog-eared pop-up books, vintage advertising, silent cinema, Ealing comedies and the Spirit of ’45 all feed into the essence of the film, and King offers a dreamlike vision of London which mixes mid-century fervour with a modern embrace of cultural diversity. For the political moment, the director has teed up a win-win situation, as left-wing radicals can drink in its message of social inclusion, while right-wing nostalgists can coo over the surfeit of working red phone boxes. Although conservative types may not be best pleased with the film’s depiction of an inner-city prison, whose doily budget alone probably outstrips the GDP of a small developing nation. 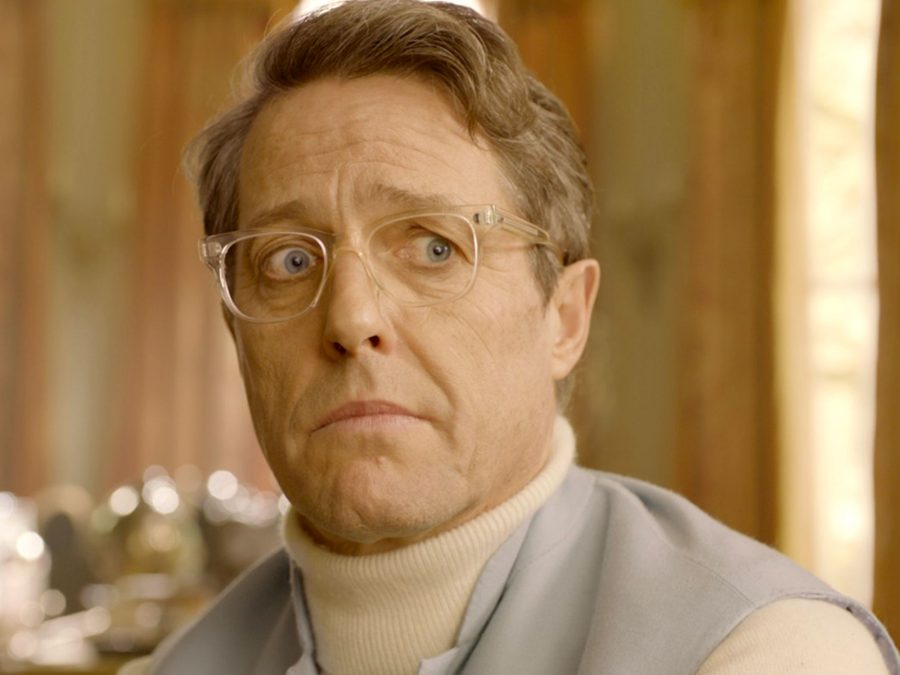 Though no small character is left behind, it’s Grant who deserves top honours. He’s now so far removed from the dithering clot of Four Weddings and a Funeral that he actually comes across as a contemporary Vincent Price. As in the classic Theatre of Blood, where Price’s limelight-sapping thesp decides to slaughter a pack of critics, Grant turns up the ham so high here that it virtually folds in on itself. It’s meta ham. He deliver’s every syllable with a fulsome rasp, and always makes sure to flash those trademark pearly whites as a suffix to every fruity line reading. A climactic dance number in which he shimmies down a staircase wearing pink chiffon flares suggests the team here might have a wonderful MGM musical movie in them.

What makes Paddington 2 so great is how it wears its accomplishments so lightly and with such grace. It’s as if the film’s makers are abiding by the conduct of its hero, and refusing to rest on any kind of creative laurel. A heartbreaking coda is earned through sterling character work throughout, with some top comic assists care of Sally Hawkins as the inquisitive Mrs Brown, and Hugh Bonneville as bumbling oaf Mr Brown. There’s also Brendan Gleeson as convict chef Knuckles McGinty who, with the help of Paddington, discovers his soft side, and a new favourite food. As in Ratatouille, about a gourmet chef rat and an evil food critic, it suggests that it only takes a well-placed pin prick to tame a monster.

Otherwise, there’s not a frame which feels out of pace, not an aside unwarranted and not a character who overstays their welcome. You watch this film in awe thinking that King and his team could do anything they wanted now, maybe even take on Pixar at their own game and win. Secretly, you pine for a second Paddington sequel to arrive sooner rather than later, and pray that the franchise doesn’t branch off to cheapo TV specials and painful Christmas ads. As sequels go, you can only really describe this as The Godfather II of quasi-animated family caper films.

The inevitable sequel to one of the great family films of the new millennium.

Unlike marmalade, this is very moreish and not bitter at all. 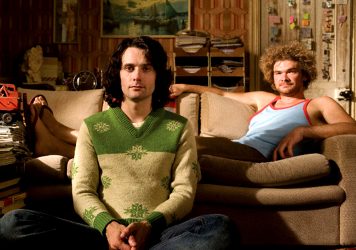 Bunny and the Bull

Paul King’s endlessly inventive road movie is very much a case of back to the future for British comedy.