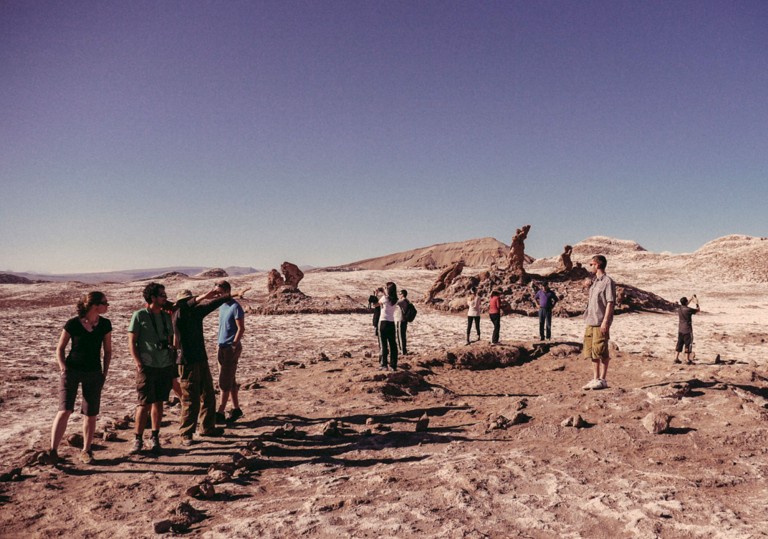 Much festival buzz about this documentary-with-a-difference, but will its heavy subject matter make it a slog?

This stunningly original, poetic yet unpretentious film shows just how creative and engaging documentaries can be.

Sticking in the mind, Nostalgia for the Light leaves much food for thought on life’s important questions.

Astronomy and the trauma of military dictatorship might seem unlikely bedfellows, but Chilean director Patricio Guzmán has combined them as the focus of his latest documentary, Nostalgia for the Light. His unique, ambitious approach towards healing the historical amnesia his nation suffered during the Pinochet regime of the ’70s has resulted in a feature that is both poetic and profoundly moving.

The film opens with shots of an old telescope housed in a Santiago observatory. These are intercut with stunning and vivid celestial vistas. In voiceover, Guzmán recalls a time when his homeland was a haven of peace, a place that harboured a growing fascination with astronomy and the mysteries of the cosmos. “The secrets of the sky began to fall on us like translucent rain,” he says. This idealised, fairy tale vision of the past, with its nostalgic sense of enchanting wonder, soon gives way to darker memories and ideas.

Much of the film was shot in Chile’s Atacama Desert, the driest place on earth. Guzmán makes the most of this eerie setting, lingering over its otherworldly features: the reddish hue of its Mars-like terrain; rock drawings that date back before the European colonisation of Latin America; and centuries-old cemeteries filled with the mummified remains of dead miners.

The place is home, we’re told, to a monstrous paradox. Favoured by astronomers and archaeologists for its climate and the clearness of its skies, the desert is a prime location for studying the history of humanity and its place within the universe. But it’s also where Pinochet’s ruling junta hid Chile’s more recent, brutal past, detaining victims in Chacabuco, the regime’s largest concentration camp, and burying victims – dubbed ‘the disappeared’ – in the surrounding expanse.

Guzmán interviews two women in their seventies who have been sifting through the desert sands for decades, desperately seeking the bones of their departed relatives. These testimonies form the film’s wrenching emotional core. The sheer amount of time they’ve dedicated to their quest is tough to comprehend. They speak with forceful yearning and beauty of expression, with one saying she wishes the telescopes didn’t just look into the sky but could also see down into the earth so all the missing could be found.

The words of astronomers and archaeologists are equally striking: Gaspar Galaz explains that, while his discipline is utterly dependent on the past, unlike the mothers of the disappeared, astronomers can sleep at night, so their quests ultimately can’t be compared. But former prisoners reveal that the innovative parallels Guzmán has drawn are not inappropriate or merely arbitrary, and can provide real solace.

Luís Henríquez, who learnt to observe constellations while detained in Chacabuco, says this gave him a strong sense of interior freedom. Astronomer Valentina Rodriguez, whose parents were arrested and then promptly disappeared, believes her occupation helped her to cope with their absence. She explains that calcium is present in bones and stars alike – this matter can’t be destroyed, even upon death, but is reformed as another part of the universe.

Much festival buzz about this documentary-with-a-difference, but will its heavy subject matter make it a slog?

This stunningly original, poetic yet unpretentious film shows just how creative and engaging documentaries can be.

Sticking in the mind, Nostalgia for the Light leaves much food for thought on life’s important questions.