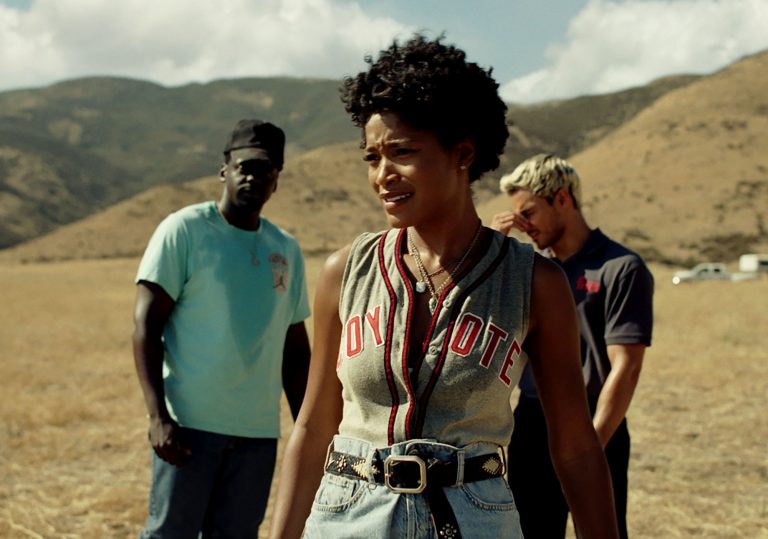 Big Peele and Kaluuya fan – anticipated this for ages.

Excited to rewatch and shout about Nope from the rooftops.

In Jordan Peele’s latest masterpiece, we meet OJ and Emerald Haywood, a brother and sister duo played respectively by Daniel Kaluuya and Keke Palmer, as they take on the family business – Haywood’s Hollywood Horses – after their father’s sudden death in a freak accident.

What follows is a formally tight and visually expansive sci-fi epic that interrogates Hollywood’s ills and synthesises Peele’s love for genre filmmaking. Anchored by two superb lead performances from a strong and silent Kaluuya and vivaciously hilarious Palmer, Peele flexes his aptitude for creating tension to both horrific and comedic effect – with sequences of raining blood and an irritating praying mantis.

Cinematographer Hoyte Van Hoytema (who works regularly with Christopher Nolan) is instrumental in building this tension and creating the slick visuals that awe and unsettle simultaneously; as is sound mixer José Antonio García whose work here seamlessly flits between wholly suffocating and a breath of fresh air.

Formally this is perhaps Peele’s most accomplished work to date, walking the tightrope between high production and (genuinely) innovative storytelling where in recent years it often feels like one has to be sacrificed for the other. But what’s most refreshing is the trust Peele places in his audience to walk with him through a recognisable world that gradually becomes alien without holding their hand. 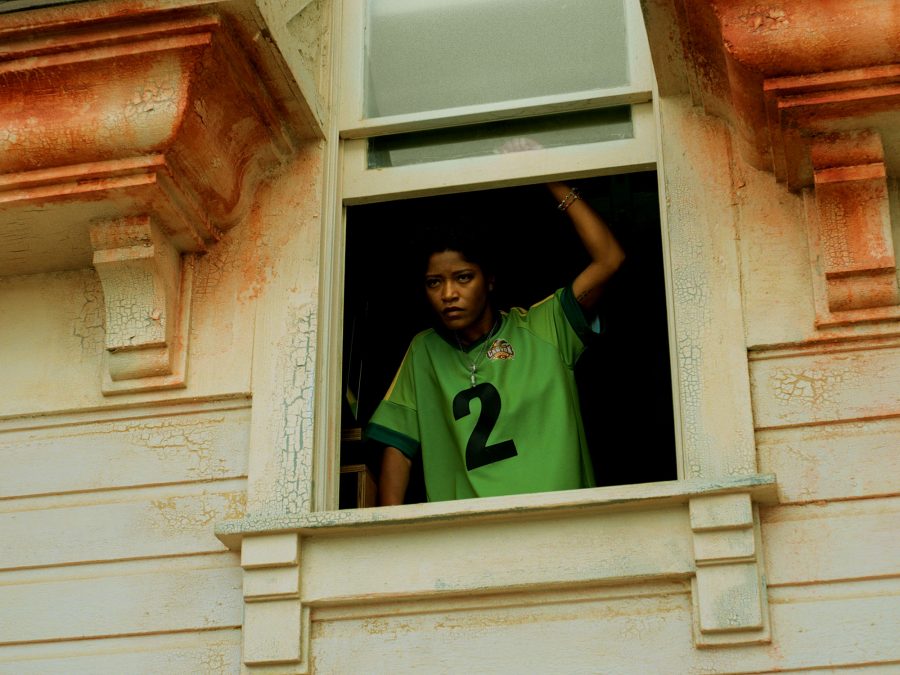 Exposition is few and far between, with Emerald Haywood providing the most essential piece. Early in the film, she introduces the family business to a production crew, asking “Did you know that the first set of photographs to create a motion picture was a two-second clip of a Black man on a horse?”, and without labouring the point, we are set up to watch a UFO sci-fi action horror film about those whose backs Hollywood was built upon.

Peele as a director has always been concerned with how we treat The Other, how we exploit The Other and ultimately, how by trading in the perspective of the conqueror with that of the once conquered, you can (as he has) revolutionise 21st century Hollywood filmmaking. Steven Yeun’s role as Ricky ‘Jupe’ Park, owner of fairground Jupiter’s Claim, presents the knotty contradictions that exist within those who believe they have a fair shot at rigging the game.

What’s essential to note is that these adult ideas are wrapped in robust, entertaining and highly rewatchable filmmaking. There is enough respect for the audience and abundant skill in the cast and crew to do both. Peele is unafraid to let the tension linger and acutely understands the difference between comedic relief versus undercutting with comedic ‘rescue’, toying with the silliness of genre filmmaking and challenging the predictable storytelling we have become numb to at every step.

Formal comparisons to other directors or other periods in Hollywood filmmaking are moot – Jordan Peele is here and he’s doing it all right now.

Big Peele and Kaluuya fan – anticipated this for ages.

Excited to rewatch and shout about Nope from the rooftops.