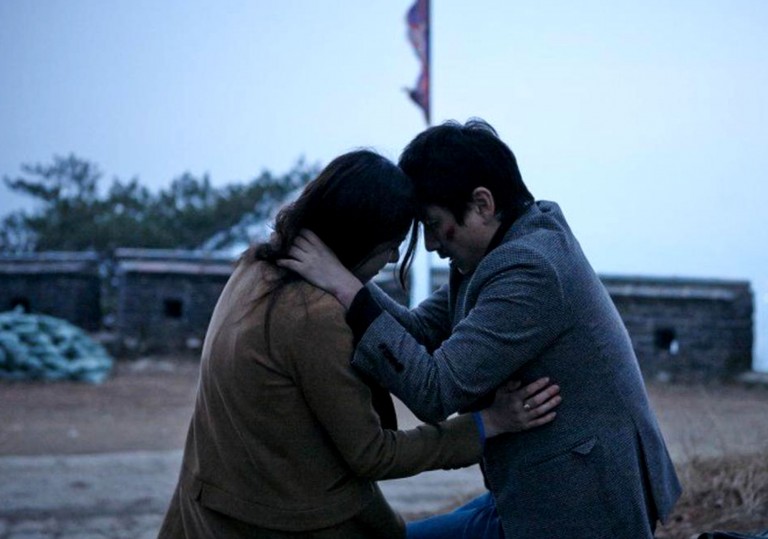 The first film by Korean maestro Hong Sang-soo to get a UK release.

A lilting romance rooted in realms of literature, history and classical music.

Hopefully this will be the film to make Hong Sang-soo make him a regular fixture in UK cinemas.

Director Hong Sang-soo’s 2010 film, Hahaha, took place in Tongyeong, the coastal base of Admiral Yi, a 16th-century naval commander revered in Korean history by the public at large. He was also revered by tour guide Seongok (Moon So-ri) who grew angry when a skeptical visitor asked whether Yi was overrated. Seongok stated categorically that no modern man could live up to the Admiral’s goodness and strength of character, and his statue figures heavily throughout the film.

There’s another statue of him in Gwanghwamun Plaza, a new public plaza (it opened in 2009) in Seoul’s Jongno District, around which the urban portion of Hong’s latest, Nobody’s Daughter Hae-Won unfolds. Different symbolic sculptures are found at Sajik Park, where Hae-Won (Jung Eun-chae) sees a statue of Sim Saimdang, the mother of 16th-century scholar Lee Yul-gok, herself an artist and poet once praised by an official government website as “the best example of motherhood in Korean history.”(Her face graces the 50,000 won note, while her son is relegated to the 5,000 won note.)

Hae-Won lives in her (unseen) father’s house and spends the film’s first third with mother Jinju (Kim Ja-ok), who’s moving to Canada the next day. “Living is dying,” Jinju cautions her daughter, telling her to live by doing whatever she wants. “I am living like that,” Hae-Won says, an assertion the film tests. For comfort, Hae-Won turns to on/ off professor/boyfriend Lee (Lee Seon-gyun), one of a number of unhappily married male characters in the Hong universe. Lee’s casting is one of many links with 2010’s Oki’s Movie, the primary point of self-reference. There, he was a younger film student who unknowingly dates the same student as one of his professors; the four-part narrative ended with Oki’s compare-and-contrast of the two relationships as distilled into hikes with each partner at Mt Acha.

Nobody’s Daughter Hae-Won also walks twice through Fort Namhan; per usual, Hong delights in repeating the same situations and creating either minor differences or (in a gloomier mode) observing repetition of the same mistakes. Deliberately non-ostentatious master shots, routinely disrupted by sudden clumsy zooms for emphasis, take the edge off symbolic interjections, allowing them to exist as pleasing records of physical space should cultural specifics be lost on the non-Korean viewer. The final third is structured around a walk through mist, conducted by two couples composed of a single woman and a married man. The mother statue serves as reminders of her new parental absence and there’s a strong chance the mist is symbolic of moral confusion. But Hong’s non- emphatic style staves off high portentousness.

Nobody’s Daughter Hae-Won is more melancholy than Oki’s Movie but not quite as dirge-like as 2011’s The Day He Arrives, in which joylessly washed-out black-and-white suffocates characters denied even a window view onto some external distraction while drinking heavily in a cramped corner. Alcohol slightly takes the edge off this film’s unusually tense obligatory group-drinking sequence, once again unfolding in a windowless interior. The gruelling climax has both cheating couples stone-cold sober, making for bleak drama and repetitive, tough going. There are two shots of Lee alone, hunched in despair on a mountain, listening to a syrupy waltz-time rendition of the second movement of Beethoven’s ‘7th Symphony’. An unusual portentousness of scale juxtaposes the professor against stark, unreassuring nature. Dwelling on Lee’s piteousness feels like an empathetic misstep, away from its commendably plucky protagonist and towards the morose wreck she’s saddled herself with for so long.

Here, Hong ’s dominant POV has shifted from masculine to feminine: the self-deluding voiceover of the protagonist of 2008’s Night and Day was the last time a male voice was the prime narrative driver (even if the commentary was from a visibly unreliable narrator). No longer hapless doormats for male bad behavior, women have asserted their independence. Consider the climax of 2009’s Like You Know It All, where the usually bewildered director’s told not to make a movie about what’s just happened by the object of his confused affections before she changes her mind: go ahead and make it if you want, she says, it doesn’t make any difference. Or note Isabelle Huppert’s firmly centered example in 2011’s In Another Country, who — when asked if she sometimes lusts for younger flesh — replies “Of course, who doesn’t?” without blinking, asserting her right to sexual autonomy away from her unreliable Korean suitor.

Hae-Won worries about whether she’s a “good person” (a perpetually unrealised aspirational designation for Hong’s men)while trying to make a decision about whether to end her relationship with Lee. The usual fretting over the inability to construct a functioning ethical system applicable in real life is underlain with a strong morbidity. Behind her back, one character worries “mixed blood” Hae-Won isn’t “suited to Korea” (like her mother), and she flirts with the possibility of moving to America with a Korean screenwriter. Her triumph is in finally defining autonomous life in Korea on her own terms; a shame she has to share her climax with yet another one of the “Korean men” foot-stampingly decried in In Another Country.

The first film by Korean maestro Hong Sang-soo to get a UK release.

A lilting romance rooted in realms of literature, history and classical music.

Hopefully this will be the film to make Hong Sang-soo make him a regular fixture in UK cinemas. 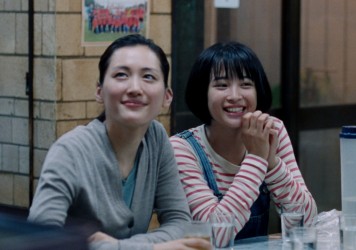 Watch the heartwarming trailer for Hirokazu Koreeda’s Our Little Sister

The Japanese director’s typically sweet-centred new film arrives in the UK next month.