My Journey Through French Cinema 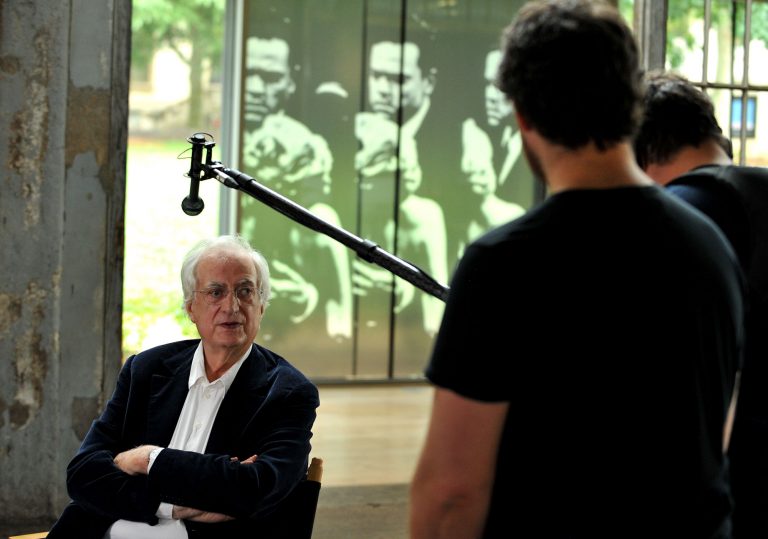 A personal journey through French movies. With Bertrand Tavernier.

At double the length, this would still be too short.

An illuminating hymn to filmmaking and cinephilia.

Director Bertrand Tavernier waxes lyrical about the great and the good of French cinema in this wonderful documentary.

For cinephiles of a certain age, there was perhaps no more treasured possession than a well-worn VHS copy of Martin Scorsese’s 1995 documentary, A Personal Journey Through American Movies. A treasure-map of the filmmaker’s formative influences, many almost impossible to see in those pre-golden age days of home video, it offered innumerable pick-your-poison grail-quests for those of us yet to know our Budd Boetticher from our Delmer Daves.

Just two years older than Scorsese, Bertrand Tavernier was too young to come of age as a filmmaker during French cinema’s most widely-celebrated époque, the New Wave. He was, however, present for its inception – whether hanging with François Truffaut on the set of The 400 Blows or cruising through the streets of Paris with Jean-Pierre Melville as he extemporised on the two categories of film (“crap” and “masterpiece”) from behind the wheel.

Tavernier’s route from young cinephile to critic to filmmaker was a familiar one, and serves as the structural backbone for his own personal journey through French movies in this essential documentary. Where Scorsese cast his net wide, largely charting the psychological impact his filmmaking heroes had on an impressionable mind, Tavernier takes in a mere dozen over the course of his 192 minutes, generously apportioning time to illuminating technical commentary and digressional, first-hand myth-busting.

Even if you’re familiar with many of the films under discussion, Tavernier’s pointed analysis serve to send you back to the works in question with fresh eyes, his acute formal readings often accompanied by a dismantling of established truths. So while we get an extended reading of the function of Jean Renoir’s lateral camera movements within the context of a scene (“A reaction against his father’s attempts to abolish depth of field”), we also get a dismissal of his self-proclaimed improvisatory skills on a celebrated sequence-shot, alongside Jean Gabin’s barbed characterisation – “As a director, a genius; as a person, a whore.”

While Tavernier’s personal relationships with many of the filmmakers in question help to humanise through a fascinating succession of anecdotes, his critical idiosyncrasies (“With time I came to feel Bob le flambeur was overrated”) never stray far from the affectionate. He offers an extended defence of Marcel Carné – “The only director incapable of writing a scene. And yet the films exist, and some of them are masterpieces.”

Tavernier’s own thrill in the sense of discovery is channelled through technical know-how, his evangelism for “the prince of fringe directors,” Edmond T Gréville, say, guaranteeing a bee-line made for his little-known, “staggeringly bold studies of sexual impotence.” Menaces from 1938, starring a masked, crippled Eric von Stroheim, can only take the top-spot on countless to-see lists as a result.

If the film is by no means comprehensive, one can take comfort in the promise in the credits of a second part to come. On the evidence of this essential hymn to filmmaking and cinephilia, it can’t come soon enough.

A personal journey through French movies. With Bertrand Tavernier.

At double the length, this would still be too short.

An illuminating hymn to filmmaking and cinephilia.