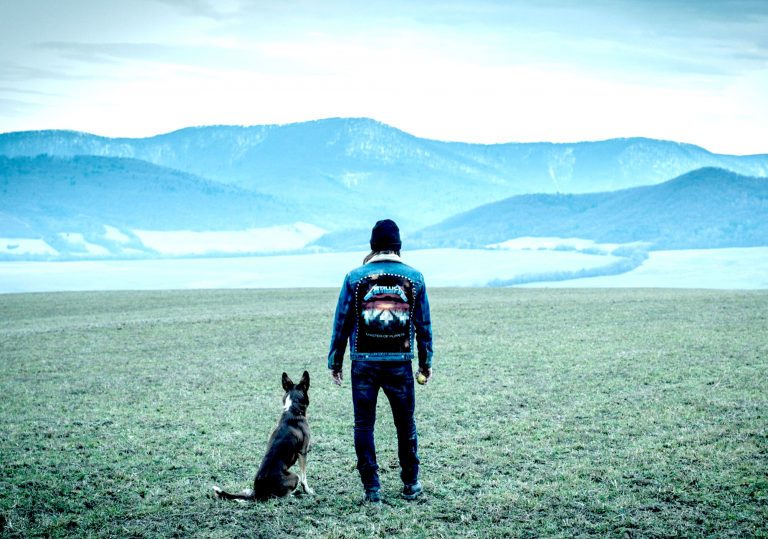 One of the more exciting entries from the Berlin’s Film Festival’s medley of dour rural dramas.

Worthwhile to everyone besides the Polish tourism board.

You’ll end up feeling mixed rather than mugged off.

Director Małgorzata Szumowska doesn’t hold her home nation in particularly high regard. The Polish countryside she presents in Mug is a slate of muted greys and greens, home to bigoted village folk, perverted priests and a single black sheep. The latter is our protagonist, Jacek, a long-haired metalhead chugging along the landscape in a ramshackle car. He is an outcast from his small-minded family, he’s urged by his tough lovin’ sister to leave town as soon as possible. He doesn’t listen.

Instead, after a headfirst tumble into his workplace’s hulking statue of Jesus, and subsequent face transplant, he’s reduced to the media’s plaything and his family’s elephant man in the room. Yet not enough has changed for his injury to seem fundamental to the narrative. He’s still a misfit, and Mug is still filmed with a tilt-shift effect, reducing half the frame to a distracting out-of-focus lick. The only new obstacle Jacek is forced to contend with is his free-spirited fiancée, who refuses to look him in the eye (just the one; the other is smushed shut).

Jacek’s redemption arc is tender and compassionate, Mateusz Kościukiewicz more convincing as forlorn wanderer than gurning metalhead. But smacked across it is a cripplingly broad series of jabs at the town’s Christian population: the hypocritical lack of empathy; the stranglehold of capitalism; the misuse of church tax; the X-rated daydreams of priests, you name it. Other moments have no place at all: an exorcism scene that tries to milk the melancholic from the mad is squandered when played for laughs, and a corpse utters an expletive in a moment of jarring surrealism.

Mug’s overbearing statement of intent is epitomised by its overbearing statue. This devout community don’t have their heads screwed on properly. But national disdain has clouded judgement, and so both director and community have let their constructions get out of hand.

One of the more exciting entries from the Berlin’s Film Festival’s medley of dour rural dramas.

Worthwhile to everyone besides the Polish tourism board.

You’ll end up feeling mixed rather than mugged off.