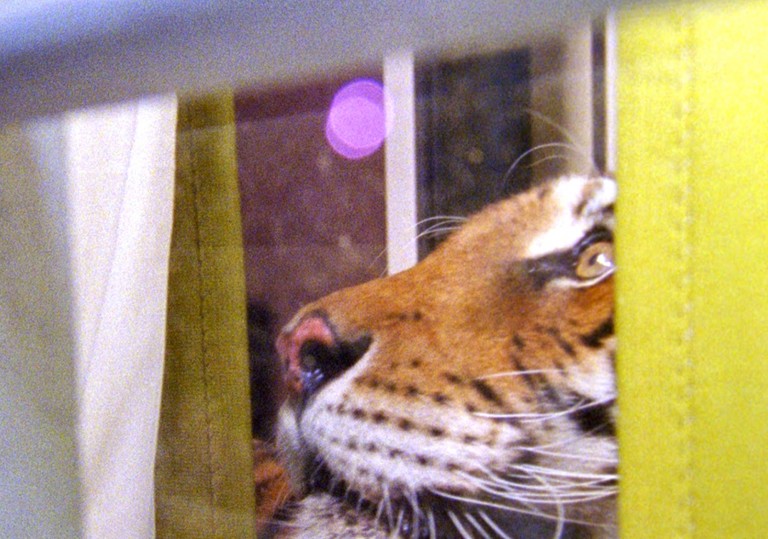 When documentaries aspire to something artier, and it all goes a bit wrong.

Get ready for a snooze at about 30 minutes in.

Film viewing doesn’t get more disappointing than being promised a film about a man living in a Harlem apartment with a Bengal tiger, and getting a flim-flammy “artistic” response to this queer, stranger-than-fiction tabloid tale. Ming of Harlem: Twenty One Storeys in the Air begins by introducing us to the eminently chilled Antoine Yates, a man who decided that more than anything, he wanted to convert his five-room tower block domicile into a kind of floating zoo. It was only when Ming decided to take a chunk out of his friendly captor’s leg that this came to the attention of the authorities and Yates was imprisoned for reckless endangerment. Among his other pets was an alligator who he referred to as Al.

Director Phillip Warnell has little interest in using this event as a way to explore a wider cultural malaise. He’s uninterested in the confines of high-rise life, or the things people feel they can do behind closed doors. Following an introduction to Antoine where he talks about what happened while being ferried around New York in a cab, the film takes a turn for the dull. There’s a 30-minute interlude where we get to see what it might have been like for a tiger to have had free reign within an urban property. This shift to conceptual art, duly arriving with poetry intoned over the top, is a bold gambit which doesn’t pay off. The sole takeaway from this sequence is that even jungle cats are boring if you stare at them doing nothing for too long.

The film peters to a close, returning to Yates and the band of well-wishers who thought that what he did was no bad thing. What’s wrong with keeping dangerous animals in a housing tenement full of people? It’s a corruption of personal freedom, man. It’s laudable that Warnell has chosen to reject convention in the telling of this story, but the choices he has made in Ming of Harlem serve to turn intrigue into flat-out boredom.

When documentaries aspire to something artier, and it all goes a bit wrong.

Get ready for a snooze at about 30 minutes in.