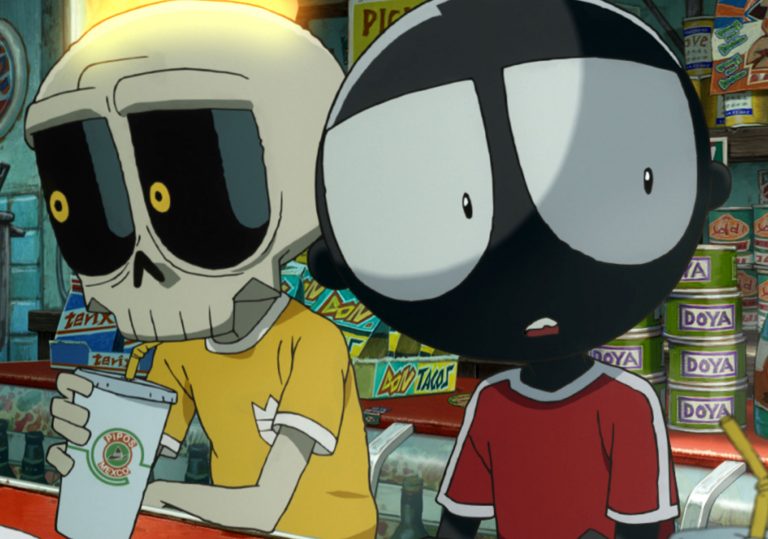 The animation looks superb – but is that all it’s got going for it?

A punky joyride, if oppressively macho.

This French-Japanese anime from directors Guillaume Renard and Shoujirou Nishimi is a twisted joyride.

Contained within MFKZ’s first 10 minutes is a prologue of a dog let loose on the necks of a few gunmen, a foul-mouthed opening narration, and the sight of a crow pecking out the eyes of a rat. This isn’t your typical 2D animation, and Disneyland’s a looong way away. Revelling in debauchery and animated with the angular, scabrous scribbles of a grimier Gorillaz music video, co-directors Guillaume Renard and Shoujirou Nishimi have birthed a twisted anime that’s heavy on the macho.

We follow Angelino, a spunky youth caught in the ruckus of his hometown, Dark Meat City. Together with an eclectic bunch of friends – there’s Vinz, who has a flaming skull for a head, and Willy, a scabby cat with a penchant for barfing – Angelino discovers the truth behind his identity. It sounds generic, and that’s because it is, but it hardly matters when MFKZ is such good fun.

Renard and Nishima readily jazz up the animation: title cards acknowledge the preposterousness of it all, colour schemes plunge into monochrome and blood-spattered action sequences are pushed to their illogical extremes. Less enjoyable is the film’s treatment of women, leerily framed at every given opportunity, or flaunted as wafer-thin love interests. It all coincides with MFKZ’s masculine swagger, but leaves a sour taste that no amount of thrilling ice cream van chases can get rid of. 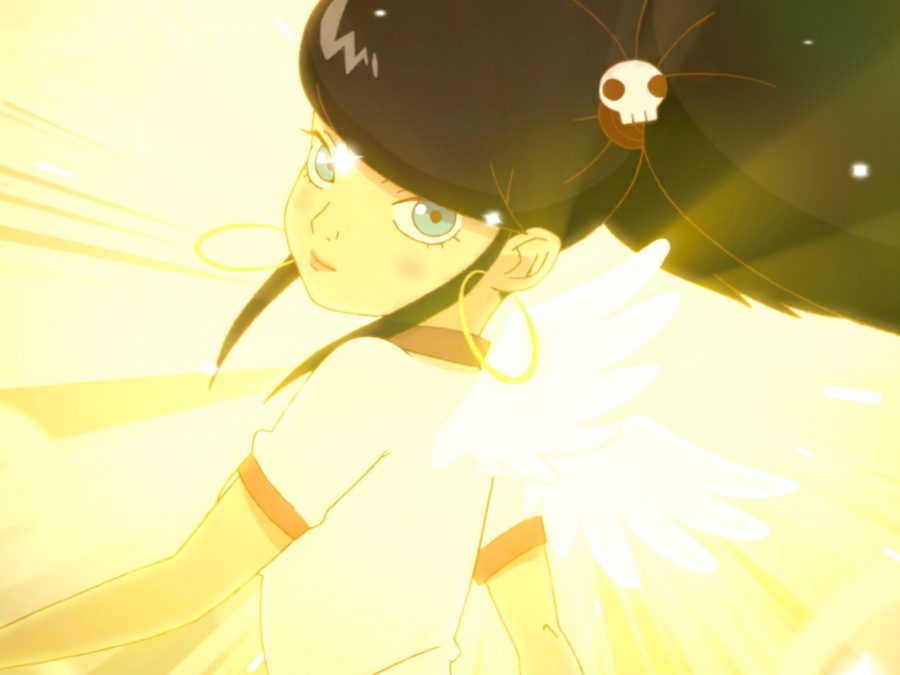 Amid the testosterone, a pertinent message of unity among differences emerges. A French-Japanese production that boasts a voice cast featuring Vince Staples, Danny Trejo and RZA, MFKZ is as international as they come, which is apt considering the film’s universal message of acceptance. No one is inherently more important than another, be it a jet-black alien half-breed, a gaggle of supernatural wrestlers who “don tights and fight each other to pay the rent and stave off existential boredom”, or a character with a flaming skull for a head.

Alas, MFKZ’s rampant synth-strutting energy eventually exhausts. Once the central conflict takes hold, it all becomes a bit preachy. Statements on global warming and the evils of capitalism evoke more sermon than script, and when a main plot point hinges on a swarm of whistleblower cockroaches, the stabs at pathos are difficult to take seriously. The manic internal logic to the first half’s visual babble is fascinating. Renard and Nishimi’s mistake is to then try and make sense of it all.

The animation looks superb – but is that all it’s got going for it?

A punky joyride, if oppressively macho.