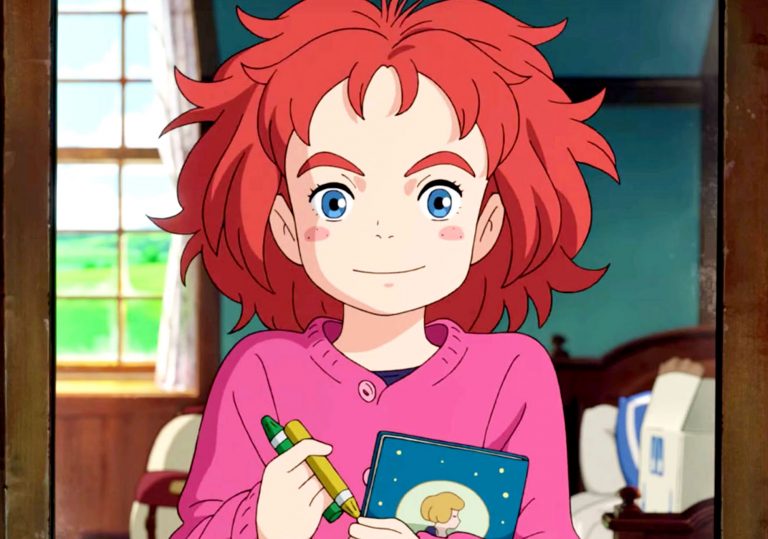 Two Studio Ghibli veterans start out on their own – a fresh take or same old same old?

The fantasy surroundings are more fully realised than the characters, though it’s all rooted in classic children’s literature.

Still working the Miyazaki playbook, if not quite with the maestro’s level of expertise.

With Japanese anime powerhouse Studio Ghibli having announced the end of an era, the producer/director team previously responsible for their striking teenage ghost story When Marnie Was There wisely decided to take their leave and set up their own anime operation.

As with Marnie and Hirosma Yonebayashi’s debut feature Arrietty, the source is once more a highly-regarded English novel for children, Mary Stewart’s ‘The Little Broomstick’ – which Disney nearly adopted in the early 1980s.

With its tale of a young girl rather surprised to find herself a star pupil at an exclusive academy for trainee witches, many viewers will feel there’s more than a hint of Hogwarts in the air, but since Stewart’s story dates from 1971, the chain of influence might possibly be running in the opposite direction.

Either way, the opening sequence is knockout stuff, with a young lass nabbing a potent cutting of so-called witch’s flower from an exploding castle that’s seemingly some evil genius’ hideout. Alas, the girl’s broomstick-riding skills let her down as she makes her escape, crashing to earth in what looks like some leafy corner of England.

Things settle down after this pulsating prologue as we spend time with teenager Mary, who (in time-honoured Ghibli fashion) has been packed o to the sticks for the summer hols while her folks are at work. She’s bored, bored, bored in the countryside around her elderly aunt’s big house, and though we know she’s surely due for a fantastical adventure, what restless red-head Mary really wants is to find some purpose in her life.

Which is why in story terms she’s so susceptible to the surprising turn in store. No, it’s not that she finds herself in the alternate reality of Endor College, seat of learning for all things witchy, where her seemingly innate gift for sorcery makes her the new favourite of scary head mistress Madame Mumblechook. We almost expected as much.

The real surprise is that Endor’s spells and potions work in concert with scientific experimentation, driven by a thirst for power that’s left a trail of failed animal experiments in its wake. This is the serious moral enquiry of HG Wells’ ‘The Island of Dr Moreau’ and a world away from the current genre truisms where magical potency is often a positive route towards teenage self-realisation.

It’s cheering to see such ambition at play, though neither the slightly underwritten protagonists or mono-dimensional villains are rich enough to give the intriguing themes much narrative traction. Still, Yonebayashi whips the action scenes along, and does an eye-catching job with the slightly sinister wonderland that is Endor College.

Plenty of echoes at this stage of previous Ghibli offerings, from the perky airborne young witch in Kiki’s Delivery Service to the powerful grande dame antagonist of Spirited Away, though the terrific English dub, which gives the voice cast dialogue they can really get stuck into, is as good or better than anything else in the Ghibli catalogue.

Overall, Studio Ponoc’s first outing doesn’t quite add up to a classic, but there’s enough quality on display that fans and neophytes alike should still be reasonably satisfied.

Two Studio Ghibli veterans start out on their own – a fresh take or same old same old?

The fantasy surroundings are more fully realised than the characters, though it’s all rooted in classic children’s literature.

Still working the Miyazaki playbook, if not quite with the maestro’s level of expertise. 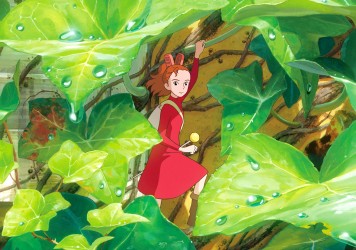 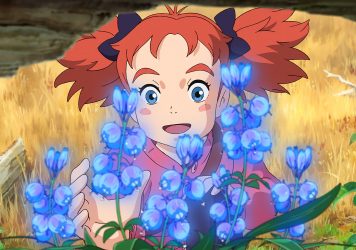 How we launched Studio Ponoc by Yoshiaki Nishimura and Hiromasa Yonebayashi

The creative minds behind Japan’s newest animation house share their vision for the future.