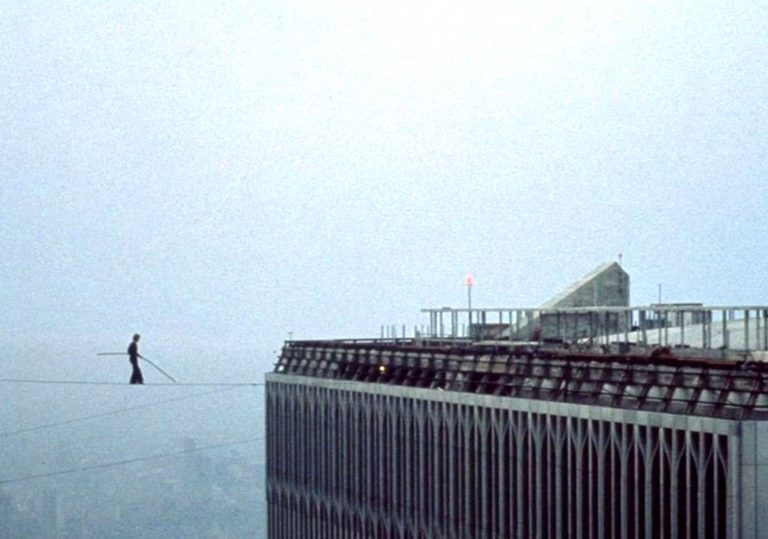 James Marsh has an uneven track record, but the festival buzz for this one was big.

Close to perfection. Man on Wire is a reminder of the inspirational power of cinema.

Perhaps it won’t change the world, but it’s still a film to be cherished.

Because there was a man perched on a cable strung between the buildings dancing across the clouds like he’d taken flight. And there was a plane flying too low and too close before it disappeared, turning that shining glass and steel to ruin.

James Marsh’s Man on Wire may only be the story of one of those days, but it unquestionably recalls them both. To celebrate Philippe Petit’s legendary wire walk of 1974 is to release our memory of the World Trade Center from the grip of 2001. James Marsh and Philippe Petit have reclaimed creation from destruction, and though Man on Wire may not breath a word about the events of 9/11, it is nonetheless an act of glorious defiance.

It is also a gripping story. In 1968, Philippe Petit was an 18-year-old street artist living in Paris when he saw an advert for two towers that would soon be built in New York. Inspired, he began scheming with his friends to stage a unique wire walking performance. It was a daunting challenge: they would need to break into the towers with their equipment, make their way 110 floors up, get the cable from one tower to the next, rig it and, finally, walk it.

In a stroke of inspiration, Marsh has realised that Petit’s story isn’t your run-of-the-mill documentary; it’s a heist movie, and he shoots it like one. Using a mixture of dramatic reconstructions, original material shot by the protagonists, as well as talking head interviews (with Reservoir Dogs-style nicknames), Man on Wire explodes into life.

Between Jinx Godfrey’s editing and Marsh’s crime-caper sensibility, the narrative unfolds with the suspense of detective fiction, emerging as a kind of gloriously oddball hybrid between Michael Mann and Ealing comedy.

At the centre of it all is Petit; an impish eccentric giving a command performance. If it’s thanks to Marsh that the film has such dramatic sparkle, it’s thanks to Petit that it has an ineffable charm. He’s an irrepressible interviewee, lovingly reliving his moment of triumph.

He’s a fascinating character – an artist who brought a sense of humanity to a monolithic landscape. But if Man on Wire has a weakness, it’s Marsh’s inability to pin him down and, perhaps, to hold him to account. In his own mind, Petit is a dramatic hero, but there are hints of monomania, selfishness and manipulation. He speaks of the World Trade Center as ‘my tower’, and the ‘betrayal’ of the people who let him down.

But it was Petit who committed the worst act of betrayal when he returned from the World Trade Center towers a global icon, only to cheat on his wife and ditch his friends. Marsh, seduced by Petit’s own compelling sense of fiction, lets him off the hook with some self-justifying bluster.

And yet Petit is seductive. Backed by excerpts from the work of composer Michael Nyman, his time on the wire, captured in richly evocative photographs, is an almost embarrassing example of the transcendent power of film. It is, in some respects, an ode to youth – to a prelapsarian age when things were simpler, and the impossible was in reach. Up on that wire, in those photographs, Petit is frozen in time, immortal, a lodestone for our cultural memory.

But here Marsh expertly balances the majestic with the mundane. For all that he has a fine sense of the theatre of this quixotic dream, he understands the absurdity of these would-be master criminals fumbling with their plot. The film is often as hilarious as it is genuinely inspiring, nowhere more so than in the contrast between these French poets conquering the towers, and the American authorities who pack Petit off to a psychiatrist as soon as he’s down.

Maybe Marsh didn’t intend Man on Wire to be a great statement. He is, after all, a storyteller. But in telling this story – in the humour, the heart and the humanity that he’s invested in it – he’s created something bigger. Man on Wire allows us to find joy in the story of the World Trade Center. And if that is a simple act of memory, it is one that offers profound and perhaps even cathartic consequences.

James Marsh has an uneven track record, but the festival buzz for this one was big.

Close to perfection. Man on Wire is a reminder of the inspirational power of cinema.

Perhaps it won’t change the world, but it’s still a film to be cherished. 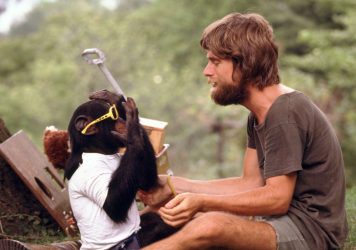 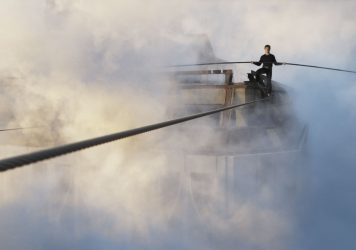