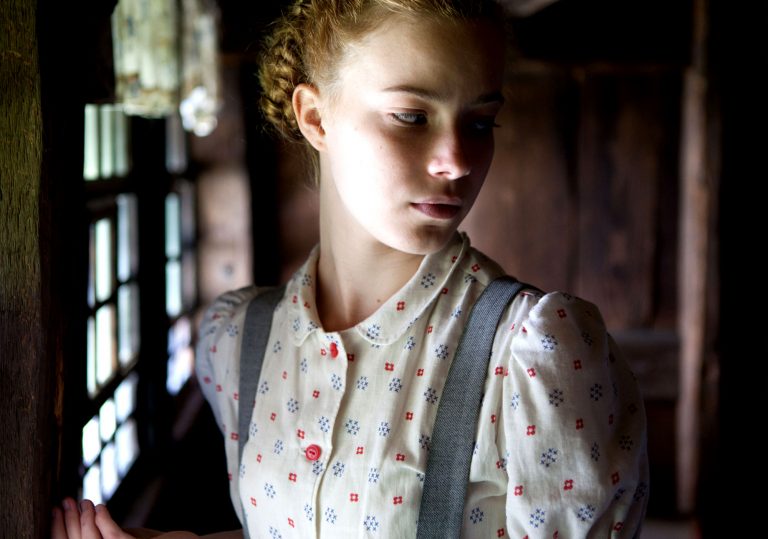 The melodramatic performances and plush settings make this a very easy watch.

Certainly sounds good on paper, but a little shallow and overstated in reality.

How’s this for a provocative setup? Unrepentant middle-class Nazi children are – Lederhosen an’ all – ejected into the unforgiving German countryside as the regime topples around them. This time the central protagonist is a feisty young Aryan woman, and she remains fully in thrall to the glory of Germany and unshakeably repulsed by the Jewish race.

Lore is an emotive German language drama by Australian director Cate Shortland and though it is primarily an investigation into how suffering, poverty and humiliation can work towards altering our ingrained political ideals, it’s also a film which takes a topsy-turvy look how we identify with ‘strong women’ in cinema.

Lore, ably played by Saskia Rosendahl, is named guardian of her four younger siblings while her parents feverishly shred the evidence of their long-term Nazi complicity. The kids are then packed off on a daunting, 900km cross-country trek to the sanctuary of their grandmother in the North, and though their path is beset by a country’s suppurating war wounds, their only accomplice is an emaciated and mysterious Jewish drifter named Thomas (Kai Malina).

It’s a plush and strangely ornate film despite the hellish setting and there’s always the sense that Shortland is perhaps more interested in making a crimped, up-market costume drama in the mould of Jane Campion’s Bright Star than she is a bona fide survival movie with dirt under its fingernails. She incessantly beautifies the squalor and matters of tone are not helped by Max Richter’s swirling and hysterically inclined neo-classical score.

But for all its stylistic overstatement, Lore still resonates (albeit mildly) as a story about innocence lost and found. The young characters developed and practiced their vile ideology without ever being party to the atrocities of the Nazi meat grinder. When presented with the full horror of their beloved cause, Lore’s innocence is at first questioned, then corrupted, then brutally overturned.

The melodramatic performances and plush settings make this a very easy watch.

Certainly sounds good on paper, but a little shallow and overstated in reality. 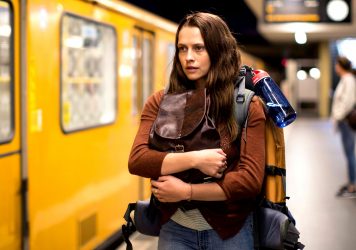