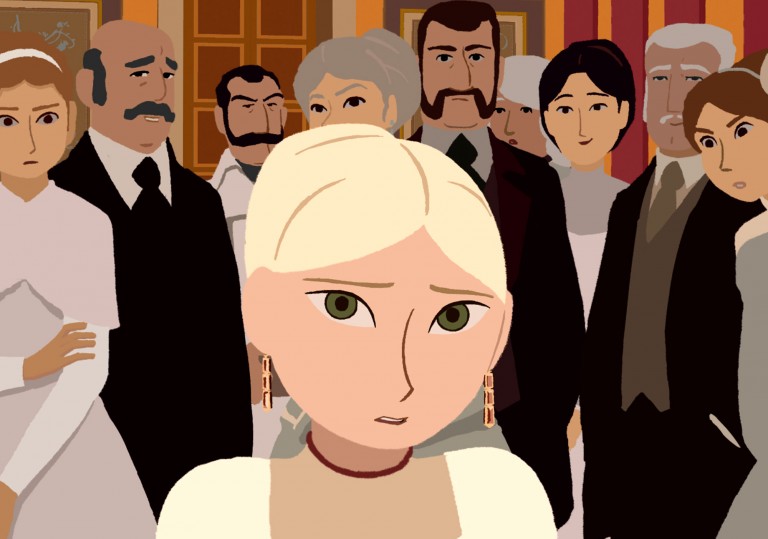 Interested to see how Rémi Chayé transitions from storyboard artist to first-time director.

A semi-predictable story takes a while to unfold, but visually this is a dream.

It certainly was a long way north, but it was made worthwhile by the view.

This visually lustrous animated adventure film is hamstrung by its simplistic central story.

Rémi Chayé’s Long Way North is an animated adventure set in 1882, where Sasha, a young Russian princess, embarks on an expedition from Saint Petersburg to the North Pole in order to solve the mystery regarding the disappearance of her grandfather, a renowned explorer. This tale of personal discovery reveals much more than just facts, but is ultimately about a woman consolidating her identity.

On their journey, crew dynamics are put to the test on a number of occasions. Risky and undesirable circumstances befall them at every turn, be it through their struggles to overcome nightmarishly choppy seas, or falling victim to collapsing icebergs (which act as a metaphorical representation of the cracks that being to show within the group).

The film’s poignant high concerns Sasha’s journey within a journey. She subtly transitions from spoilt aristocrat – where she has everything handed to her – to a vital team member working hard to earn her keep. The film conveys sentiments of personal progression and undeterred determination, particularly in its gradual unveiling of her grandfather’s whereabouts. This, in turn, leads Sasha to ask tough questions about the preservation of the family legacy. Prior to this, the film’s simplistic quest narrative and its failure to flesh out Sasha’s character suggests the film is aimed at the very young. However, this pivotal element of complex character development is likely to meet the more complex expectations of the adult viewer.

The visuals, especially on account of an animation style that is a cross between a watercolour painting and that of a more abstract mode, are where the film’s strengths truly lie. Colours are complimentary to the fluctuating moods throughout the film, exposed through vibrancy in the earlier sequences to portray wealth and aristocracy, shifting to dark and dreary tones occurring during the perilous voyage itself.

Eerily sepia-toned flashbacks are indicative of the passage of time, and not-far-from-realistic scenic views and faultless positioning of lighting shows commendable attention to detail. The use of facial expressions adds substance to the characters, which may otherwise have gone unnoticed due to their two-dimensional cartoon form. As such, this otherwise slightly underwhelming animation is elevated due to its abundant provision of visual pleasure.

Interested to see how Rémi Chayé transitions from storyboard artist to first-time director.

A semi-predictable story takes a while to unfold, but visually this is a dream.

It certainly was a long way north, but it was made worthwhile by the view. 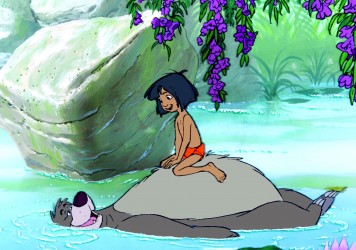 Three self-confessed super fans of this animated classic discuss what makes it so special.