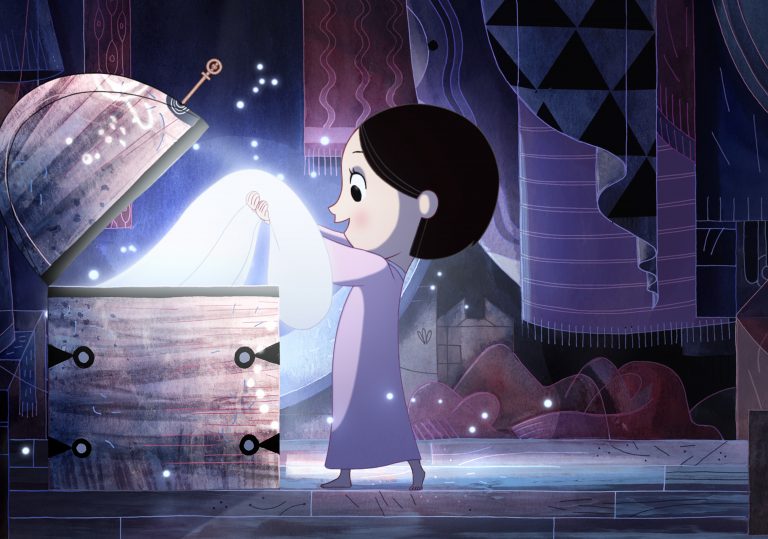 Oscar-nominated animation from the team behind the great The Secret of Kells.

A major step up. Tomm Moore confirms himself as an animation heavyweight.

Japan’s Studio Ghibli currently sits at a strange creative impasse, the rumour being that no animator has been deemed worthy of carrying the torch first ignited by its two outgoing veterans, Hayao Miyazaki and Isao Takahata. Hopefully, someone over there will soon catch sight of Tomm Moore’s Song of the Sea and realise that the magical spirit of their work lives on, even if not through their own official channels.

Saying that Moore’s film is worthy of the Ghibi canon is high praise indeed, but it’s praise this spellbinding film fully deserves. It’s not so much the style or tone which denotes the overlap, it’s the manner in which Moore enters into the mindset of a child and peruses the world through eyes which may not always comprehend life in the same way as more worldly adult contemporaries. It’s also a gorgeous example of handmade artisan craft.

Though the film takes place in a world beset by bumptious faeries, friendly human-seal hybrids, oversized flying dogs and melancholic rock-faces, its concerns are wholly human, as represented through a cavalcade of fantastical and metaphorical imagery. One reason behind Song of the Sea’s heady emotional potency, though, is not that Moore demonstrates a basic understanding of symbolism and subtext, but that he uses these methods to address a plethora of ideas and topics, not hammering down on the same narrow point which would allow you to say, ‘Well this film was clearly about X or Y.’

It’s tricksier than that. One minute it’ll be talking about how adults and children grieve for the dead, and then quickly on to examining at the capricious nature of memory, then the pain that comes from suppressing ill feeling, and on to the complex relationship dynamic between a brother and a sister. And this is all articulated in a way which is energetic and compelling, never preachy or insipid.

Ben (David Rawle) and Saoirse (Lucy O’Connell) are – along with their sad-sack, ineffectual father Conor (Brendan Gleeson) – the only inhabitants of a lighthouse which sits atop a cliff on a tiny island. Wee one Saoirse has been bestowed with ill-defined folkloric powers which have been passed on by her mother who was swept into the sea directly after giving birth. Ben resents her for this, but they bond when their granny spirits them away to the town to give dad a bit of time to gather his psychological marbles.

The film is essentially about the pair’s ramshackle journey back home and the influence that various eccentric parties have on their future. Their goal is essentially to risk life and limb to preserve Irish folk traditions and understand their cultural importance within everyday life. One cadre of urban faeries has taken the centre of a roundabout as their abode, finally seeing a chance to break free of their squalor when Saoirse wanders by. The film also offers a plaintive plea for open self- expression, arguing that it’s counterproductive and bad for the health to bottle up negative emotion.

It’s heart-on-sleeve stuff, teetering on the melodramatic, though it never pulls punches in terms of accepting that life involves us accepting and processing a heavy torrent of horror and depression. That all of this is articulated with such immense and playful visual splendour, levity, and not to mention arch humour, makes it truly a joy to behold.

Oscar-nominated animation from the team behind the great The Secret of Kells.

A major step up. Tomm Moore confirms himself as an animation heavyweight.