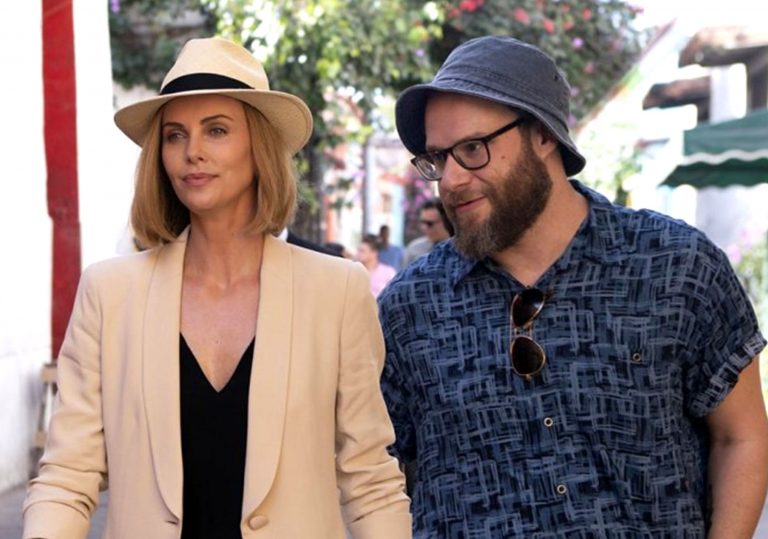 Some comedy big-hitters and early raves from SXSW.

Farfetched and slapdash, but just about passible on a moment-by-moment basis.

The more you think about it, the more confused and hollow it seems.

Light romance in the west wing as Charlize Theron hires Seth Rogen to funny-up her speeches… and more.

It is widely accepted truth those among us who don’t self-identify as insane that the 1990 film Pretty Woman is one of the most execrable artworks ever forged in Beelzebub’s furnace. Indeed, a sulphurous tinge rises to the back of the throat when even broadly referring to this film as a piece of art.

Jonathan Levine’s scattershot comedy Long Shot attempts to right past wrongs by offering a gender-flipped version of Pretty Woman, in which the woman is the high roller, the man is the prostitute and prostitution is independent political journalism. And yet it does so in the most cloying and placatory of terms, as if it’s slapping Pretty Woman’s face and squeezing its ass with the other. It chides it while finding reasons to give Pretty Woman the benefit of the doubt and accept it as a nostalgic relic of a more tragically unhip era.

Seth Rogen plays Fred Flarsky, a militant left wing investigative hack for a Brooklyn alt weekly who is remarkably similar to the real life Seth Rogen. He tosses in the towel when his outlet is subsumed by a corporate media conglomerate run by vulgar tycoon Parker Wembley (Andy Serkis). Lucky for him, the secretary of state of the USA, affiliated to party unknown (or unmentioned), Charlotte Field (Charlize Theron), just happened to be his old childhood crush, and they bump into one another at a shiny-floored wildlife benefit.

From across the room, she spies a seductive sparkle in his booze-addled eyes, despite the fact that he seems to make a habit of humiliating himself in public. But for this hirsute goon, she will turn the other cheek and nuzzle him to her governmental breast, where the prospect of him being able to rekindle his teenage sexual yearnings is not actually a long shot at all – she is very much warm for his form.

The question, then, is whether the successful, principled woman will decide to nurture her romance with this shell-suited man-boy at the expense of her professional future, or sack him off at the first sign of success. We are told that, in the fickle world of politics, no-one will accept a bearded Jewish man in high office He joins her on an extensive world tour to funny-up her speeches, and learns that his strenuous political intractability will never get things done – and if Charlotte was not employing some romantic flexibility of her own, he would be on the scrap heap double time.

In the spirit of the mile-a-minute life of a multi-tasking politico, Long Shot takes on more than it can handle with any real depth. Superficial is the word, especially its shockingly slapdash depiction of a political world which encompasses about six people. It feels like a film based on a few half-remembered episodes of The West Wing rather than the grimmer-than-grim reality we see day in, day out. It starts to get interesting when it arrives at the idea of embracing political compromise and seeking a shared middle ground, even in these hyper partisan times, but ends up screaming it at the camera.

We putter into the final act and pray this doesn’t descend into an inevitable will she/won’t she snap decision that ends up with some kind of city-wide chase sequence, especially as this film also professes to about remaining principled in the face of malevolent corporate interests. But Long Shot, sadly, refuses to practice what it preaches. In the final scene, Pretty Woman can be seen in the background, laughing victoriously.

Some comedy big-hitters and early raves from SXSW.

Farfetched and slapdash, but just about passible on a moment-by-moment basis.

The more you think about it, the more confused and hollow it seems. 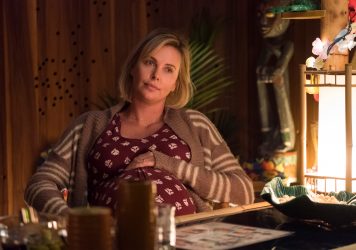 Jason Reitman reunites with Diablo Cody and Charlize Theron for a frank exploration of motherhood.