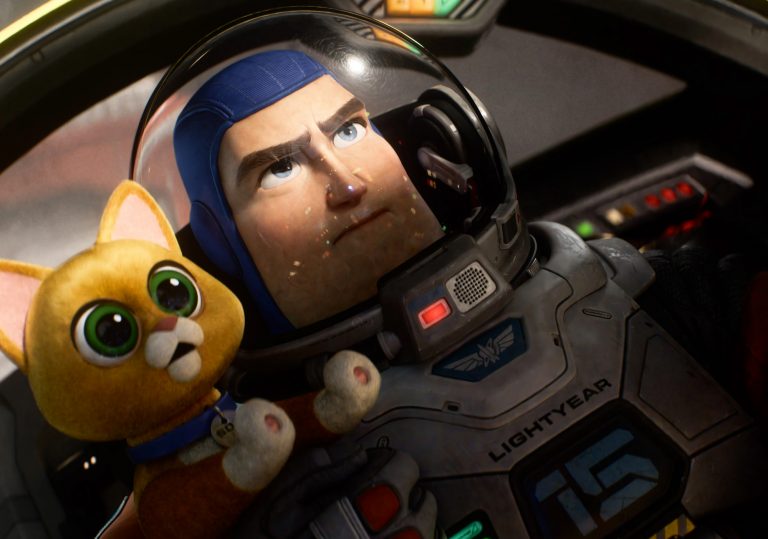 It’s based on the man, not the toy!

Houston, we have a problem.

Boldly goes where every Pixar film has gone before.

On December 11 2020 when Hollywood heartthrob and ex-Captain America Chris Evans announced that he would be voicing Buzz Lightyear in a Toy Story spin-off film, he tweeted an amusing clarification about his role: “And just to be clear, this isn’t Buzz Lightyear the toy. This is the origin story of the human Buzz Lightyear that the toy is based on”. Naturally the internet was quick to seize upon the vaguely ridiculous statement, which only fuelled long-held suspicions that Disney would rather mine the lowest depths of their IP behemoth than come up with something new.

A text card at the beginning of Lightyear explains that Toy Story’s human lead, Andy, was given a Buzz Lightyear toy from his favourite film in 1995. “This is that film” we’re told. According to Pixar, Lightyear is a fictional cartoon spin-off from a fictional popular sci-fi franchise (akin to Star Wars) that Toy Story’s Andy saw as a child. Buzz Lightyear – the animated spin-off character – then became a merchandise moneyspinner (akin to Star Wars) and it’s one of those action figures that became the co-lead in the Toy Story films. It’s not entirely clear why Pixar felt the need to make Lightyear’s origins so convoluted, particularly since they have no bearing on the plot of this film itself.

Instead, Lightyear is a standalone space opera about a man out of space and time, whose stubbornness crash lands him and his space ranger crew (including co-pilot Alisha Hawthorne, voiced by Uzo Aduba) on a hostile planet. Lightyear immediately sets about trying to find a way to create the energy source they need to return home, but every solo flight attempt sees Buzz miss four years of life back on base.

In a montage reminiscent of the Up ‘Married Life’ scene (though lacking the same emotional impact) we watch as the new base on the planet gradually grows. Hawthorne meets her girlfriend and raises a family, lives a full life and grows old.  Buzz returns to find that her granddaughter Izzy (Keke Palmer) has followed in Alisha’s footsteps, also becoming a space ranger, but their makeshift home is now threatened by evil robots they refer to as ‘Zurg’ as that appears to be all they can say. Buzz, now more determined than ever to get everyone home, teams up with Izzy and a motley crew of misfits (a crotchety geriatric ex-convict, a clumsy rookie, and a robot cat) to try and get to the bottom of what’s going on. 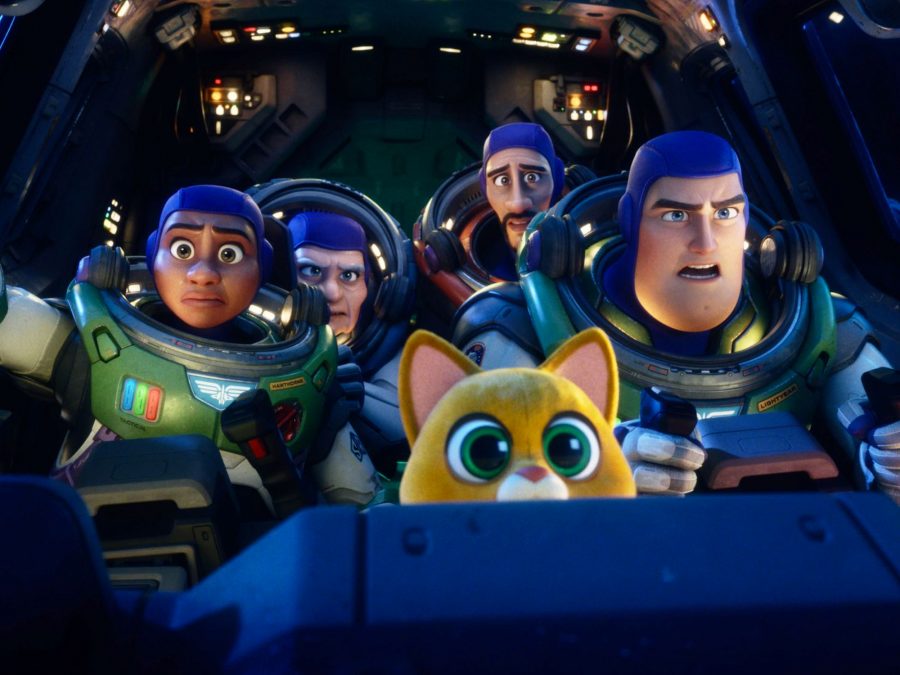 The thrust of the film is that Buzz has missed out on life due to his single-minded focus on completing his mission. While his best friend found love and made a full life for herself on their unintended new home planet, Lightyear missed out, not only on having his own experiences, but sharing in Alicia’s and being part of her family. This melancholy sentiment is actually quite pertinent, particularly in our post-Pandemic world when so many people feel robbed of time with loved ones, and it feels like something Pixar might have – at one point – been keen to explore.

Unfortunately Lightyear is more focused on its action sequences and its baffling villain twist which seems to undermine the entire plot of Toy Story 2. The characters here are reduced to thin sketches and tropes (the convict seeking redemption, the bumbling fool looking to get things right for once, the irritatingly chipper robot assistant) and even Lightyear has less personality than his action figure counterpart in the original Toy Story movie. Perhaps younger viewers will be entertained by the cute robo-cat and the sillier parts of the battle sequences, but Lightyear is really lacking in the heart and soul that made Pixar films so distinctive in the first place.

Much has been made of the same-sex kiss between Hawthorne and her wife, that has seen Lightyear banned in multiple countries where homosexuality is illegal or frowned upon. Some have argued that the moment is actually a major plot point, which feels like a bit of a stretch. Instead Hawthorne’s sexuality and the fact she has a wife are treated with respect and as just a part of life – which makes sense, given that sci-fi has always been a genre where it makes no sense to impose the binary thinking of human society. It is also refreshing to see a normalised queer couple in a kid’s film in an age of hollow representation from major studios (including Disney). Of course this scene was initially cut, and then only restored after an internal backlash at Disney, so it’s difficult to say how much they actually cares about human rights over market shares. Probably not very much.

After the heartfelt coming-of-age comedy that was Turning Red, it’s frustrating to see Pixar create a film that feels so devoid of personality. Lightyear purports to be a film about living in the moment and working as part of a team, but the characters are so thinly-realised a connection to their group dynamic never forms and there’s precious little sense of peril as problems are resolved moments after they arise. Even the film’s villain is remarkably underwhelming, particularly considering he’s supposed to be the Toy Story franchise’s Darth Vader.

Despite some pretty intergalactic vistas, this is a flat Pixar story which fails push the boundaries of either animation or the sci-fi genre — famously elastic and expansive forms which have allowed for some awe-inspiring storytelling, even in recent years. Perhaps the problem lies with Pixar having previously made mould-breaking films in Toy Story and later Wall-E, which far surpass Lightyear while working in similar themes of found families, human tenacity and the search for life beyond our own planet. Either way, Lightyear is an underwhelming effort for Pixar, and the darn robot cat up there with C3PO in the Tedious Robot Sidekick ranking.

It’s based on the man, not the toy!

Houston, we have a problem.

Boldly goes where every Pixar film has gone before. 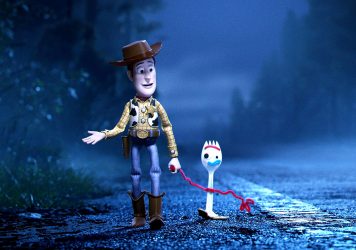 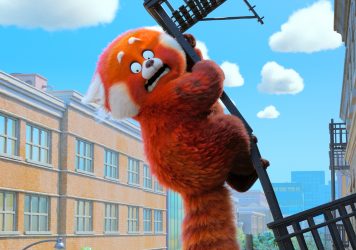