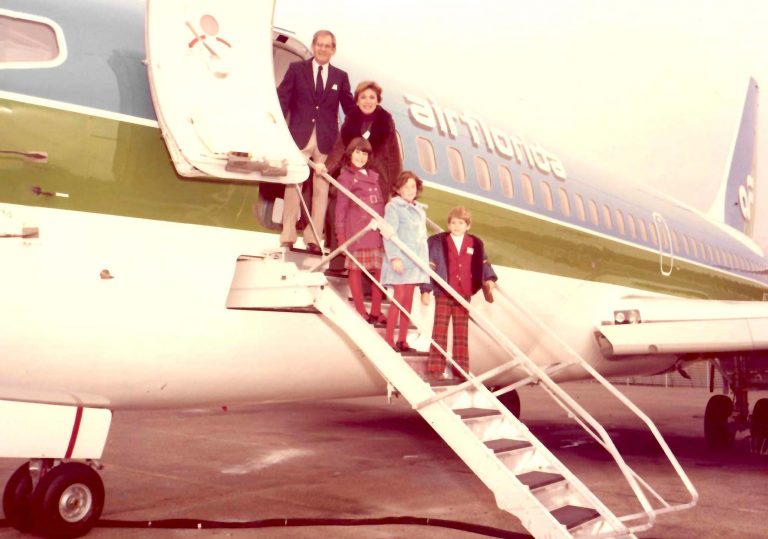 Ondi Timoner films the final days of her father’s life in an informative, detailed and unpolished account of assisted death.

Coyness often gets in the way of people dying a good death. Few know how to talk about dying – this discomfort is reflected on a small scale in everyday discourse through limp euphemisms like ‘passing away’, and on a large scale in the legislation of most countries where any form of euthanasia remains illegal. For the most part death happens chaotically, initially around us and eventually to us – it is not typically within the control of a person or those close to them. We are not often properly braced.

Ondi Timoner’s Last Flight Home confronts the emotional and practical realities of planned, assisted death. The film shows her father Eli and their family in the last 15 days of his life through fly-on-the-wall footage as he follows the California End of Life Option Act and says his goodbyes. Consequently, it’s a highly uncomfortable watch – it documents the countdown to death in a determined yet uneasy way.

The law allows terminally ill California residents to request a drug from their physician that will end their life. If all the procedures are followed, the patient will not be considered to have died by suicide. The Timoner family stoically prepare to carry out Eli’s wish to “stop being manoeuvred,” and die on his own terms. Rarely is there conflict, other than when Ondi insists that their mother, Elissa, visibly tired and unsettled throughout, spends more time holding Eli’s hand.

The footage is interlaced with archive film about Eli’s early life, most notably his role as the successful founder of Air Florida and subsequent financial struggles after being paralysed following a stroke. The strange luxury of knowing when and where he will die means that Eli can conduct a personal press conference, bidding farewell to friends and reflecting on subjects of pride and regret over his lifetime. Eli’s other daughter Rachel is a rabbi, and acts as both daughter and spiritual guide, which presents a curious overlap of roles.

The feeling generated by the film is that of having stolen something, watching such personal moments that are not dolled up for the camera. Coyness strikes again. The visceral reality, the catheters and bedsores are distracting both in their immediate grimness and because they alert you to your own squeamishness, provoking the double-guilt of seeing and looking away.

There is value in this unapologetic honesty, and the Timoners’ decision to make this documentary is a brave one – the cameras are referred to frequently, and there are moments where Eli is asked if he would like to remove his mic, which he does not. Were the fourth wall to be further broken, the film itself and its purpose addressed, an outsider might feel more welcome to watch.

Empathy is unavoidable – a lump of stone couldn’t be unmoved by the dark humour of a kind, wise old man reflecting on his life and faith, surrounded by the warmth of his family, or by the fragility of life and the terrible mundaneness of death outlined in such details as how the lethal drug is sent through the post. But stylistically and in terms of its content, the film is not completely accessible to a general viewer. There is an imbalance between the unsentimentality of the camera versus the sentimentality of the Timoners which is difficult to both reconcile and engage with.

However, if viewed practically as an account and a guide to the process of assisted dying, Last Flight Home provides an informative, detailed and unpolished account of assisted dying that could be very useful to individuals and families in a similar situation.