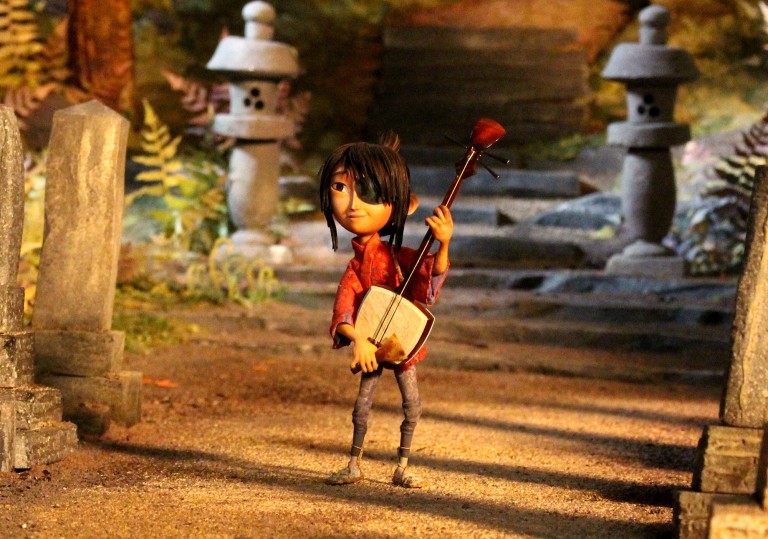 The fourth feature from the stop-motion masters behind Coraline and Paranorman.

Technically masterful and full of heart.

A touching expression of loss, worth repeat viewings for its poetic visuals alone.

“If you must blink, do it now.” So begins Kubo and the Two Strings, the latest stop-motion gem from Laika Entertainment. It’s fair warning — to look away for even a moment would be to miss out on one of the most visually arresting and carefully crafted films in recent memory.

In a small village in ancient Japan, a young boy called Kubo (Art Parkinson) lives with his ailing mother. With his trusty samisen, a traditional three-stringed instrument, Kubo possesses the extraordinary ability to bring paper to life. (By the way, without giving anything away, it’s no mistake that there are only ‘two strings’ in the film’s title). He conjures tiny samurais and serpents to battle in origami-sized epics for the townspeople. And at home, his paper characters act out his mother’s stories about his late father, a legendary warrior.

There’s an absolutely riveting sequence where fallen leaves transform into willowy figures, hover and drift into focus as Kubo animates the story of how his parents met. Graceful 3D flourishes give his magic a hypnotic quality. Early on, however, it’s clear Kubo’s true power lies in his skill as a storyteller. It is his ability to build suspense, create conflict, break tension with humour and hold an audience captive that makes him strong. Likewise, Laika’s synthesis of stop-motion and spare computer generated graphics never overshadows the film’s thoughtfully plotted beats.

After Kubo accidentally summons vengeful spirits who destroy his village, he sets out on a quest with newfound companions Monkey (Charlize Theron) and Beetle (Mathew McConaughey). The three unlikely heroes battle giant skeletons and brave violent seas, but Kubo struggles most with what it means to lose a loved one. Death is considered reverently. Separated from his mother, Kubo longs for the father he never had the chance to know, but whose absence he feels more than anything.

The film doesn’t shy away from the weight of his loss. His grief sings in the space between sharply choreographed action sequences. At one point, the camera observes a single tear slip down Kubo’s deftly modelled cheek. It hangs for a moment on his chin before falling to the ground. There’s an organic tremble to the movement, almost as if the meddling of an animator’s careful fingers instilled in it something achingly human.

The fourth feature from the stop-motion masters behind Coraline and Paranorman.

Technically masterful and full of heart.

A touching expression of loss, worth repeat viewings for its poetic visuals alone. 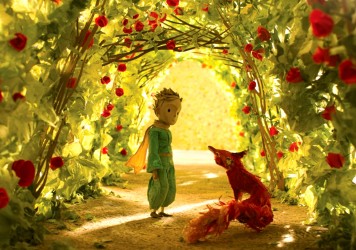 Animator Mark Osbourne puts a contemporary twist on this much adored children’s classic.