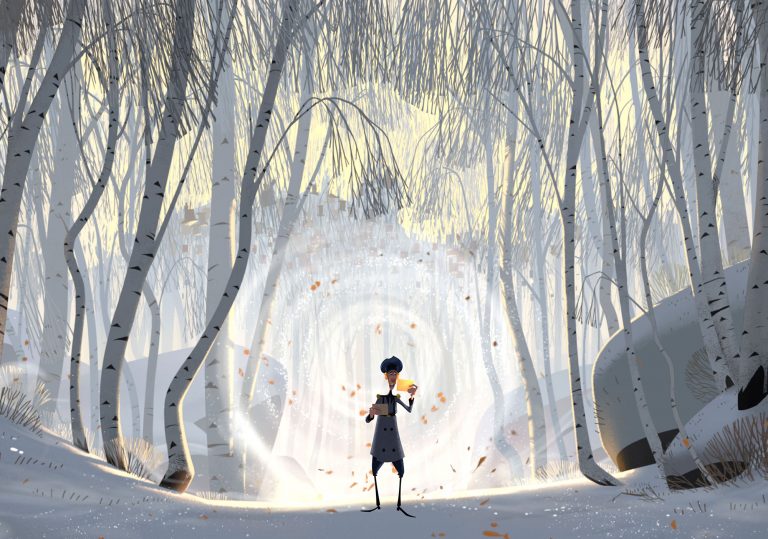 Personally quite resistant to Christmas movies, but cinema is starved of hand-drawn work.

Predictably lovely to look at, and surprisingly moving.

Far more powerful in its visual expression than in its script.

The greatest strength of Klaus, Netflix’s first feature-length animated production, is its synthesis of traditional style and modern techniques. Directed by Sergio Pablos, it’s a Christmas film for skeptics, deconstructing the folklore but without losing the sentimentality and sense of magic that often defines these seasonal films.

It’s all realised with a gorgeous aesthetic harkening back to the look of the ’90s Disney Renaissance films on which Pablos built his career (including Tarzan and Hercules). Texture is created through hand-produced effects, organically integrating characters and backgrounds. Made from the kind of imagery the House of Mouse now reserves for shorts like Paperman or Feast, Klaus plays like a yuletide take on The Emperor’s New Groove, another story of a rich narcissist’s path to selflessness.

Here the wealthy layabout is Jesper (Jason Schwartzman), who is forced by his father to establish a successful postal service in Smeerensburg, a remote, frozen island reduced to ruin by an ancient clan feud. Jesper soon encounters a solitary, surly woodsman with a workshop full of brand new toys named Klaus (JK Simmons). Their meeting soon snowballs into a scheme where local children exchange letters to Klaus for presents, the letters being the key to Jesper’s freedom. 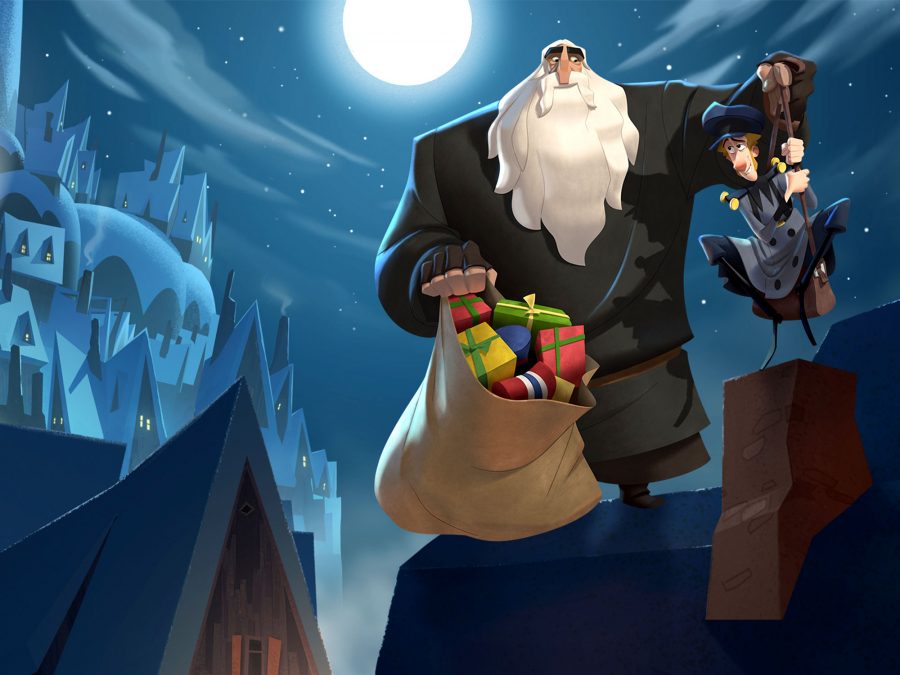 To no one’s surprise, Jesper’s selfish motives soon give way to actual selflessness as his actions breathe new life into the area, opposed only by the clan leaders (voiced by Joan Cusack and Will Sasso) who prefer the spiteful past. The script indulges in predictable plot mechanics as Klaus runs through a checklist of ‘cynical jerk learns to love’ narratives – you can practically chart each character arc from the moment they appear, particularly Alva (Rashida Jones), a pessimistic former schoolmaster who turned fishmonger to fund her escape from the dying town.

While Kluas is at times predictable, Pablos still lands the most important dramatic moments. This is thanks to precise storyboarding and emotive animation, and in particular the vocal talents of Simmons, who nails the character’s gradual thawing in only a handful of lines (there’s shades of his elder statesman role in The Legend of Korra).

The film’s immersive quality is occasionally broken by misguided song cues that attempt to give it a modern edge in a way that doesn’t quite suit the story. These anachronistic moments feel like an underestimation of the interest that children might have in such a film. Despite this, Klaus mostly hits its marks. Its very construction inspires hope, that there’s new life to be found in a dying method.

Personally quite resistant to Christmas movies, but cinema is starved of hand-drawn work.

Predictably lovely to look at, and surprisingly moving.

Far more powerful in its visual expression than in its script.