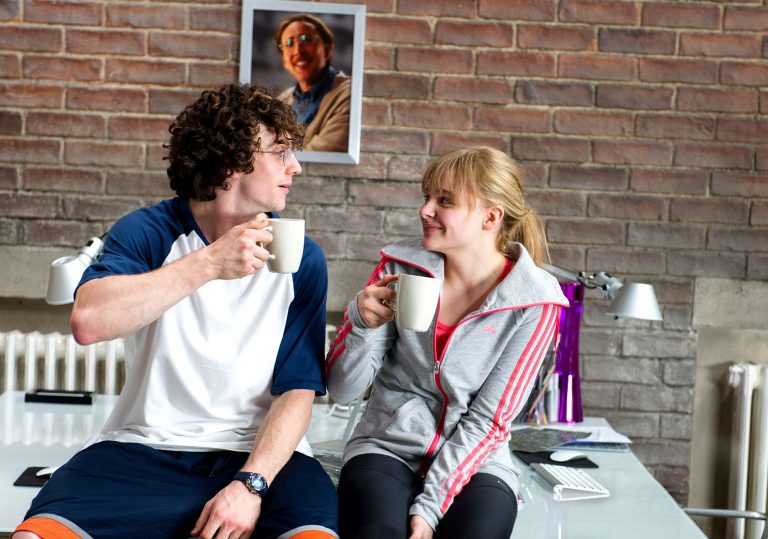 To say that this sequel was unasked for would be something of an understatement.

The most conventional revisionist comic book movie ever!

We wish this left a sour taste in the mouth, instead it leaves nothing.

The juvenile comic book dirty bomb gets a sequel, and it’s a bit of a stinker...

Jim Carrey washed his hands of Kick-Ass 2, citing what he saw as the film’s excessive levels of violence as a way to exonerate himself from hitting the stump on the global publicity trail. Sight unseen, most dismissed Carrey’s actions as strangely douchey. They gave rise to a chorus of whined proclamations stressing that the consequence-free screen violence in the day-glo Kick-Ass universe exists in the twinkle-eyed realms of fantasy and anyone who deigns to extract any social or political subtext from it is, well, a douche.

Another inference from Carrey’s announcement was that this sequel had managed to trump the extreme intergenerational blood-letting of the original film — you could suddenly hear the sound of juvenile lips being licked. Like The Sex Pistols and – to a lesser extent – The Wombles, the promise of the profane or the taboo evokes undue, possibly even illogical levels of excitement. Could this be the superhero violence aria to end them all?

Not even close. The only thing Kick-Ass 2 proves is that Carrey was so keen to distance himself from this spandex monstrosity that he was willing to make a short-term public fool out of himself in order to save face for the long-term. Seeing the film, it’s clear that maybe the real reason he wanted out was because the film he had co-starred in was actually quite rubbish.

Writer-director Jeff Wadlow (potential superhero names: Doctor Inept, The Celluloid Charlatan, Captain Clusterfuck) appears to have absolutely no idea what he’s doing, what he wants to do and what he has done. At least in the first Kick-Ass, Matthew Vaughn was able to keep the camera fairly still so you could actually witness the combat scenes. Here for every barney, the camera seems to get the nervous jitters and you lose all temporal and spacial sense of the scene. Plus, ironically deployed chirpy pop punk is used on the soundtrack, a tactic which was glib in the first film and now comes across as glib and unoriginal.

The film picks up where the last one left off then hastily replays the whole putrid saga again, virtually beat for beat. This time, Aaron Taylor-Johnston’s jimmy-jam-sporting doofus, Kick-Ass, embraces collective action in order to maximise the impact of his vigilante escapades. Hit-Girl (Chloë Grace Moretz), who was orphaned at the climax of the previous film, takes a sophomoric detour into attempting immersion within the high school cheer girl masses, though it’s not long before she’s giving the prom queen involuntary bowel spasms in the middle of the lunch room.

So there’s lots of waiting in the film, waiting for Hit-Girl to realise the folly of her efforts, waiting for pimp-masked super villain The Motherfucker (Christopher Mintz-Plasse) to exact his revenge, and waiting for Kick-Ass to have a reason, any reason to do something that doesn’t involve standing around smirking. And it’s all over-laid with an epically dull and earnest narration which sounds like it’s trying to fuse some kind of rationale to the mayhem.

With its constant refrain of “this isn’t a comic book – this is the real world!” you’d think the film was intended as a realist corrective to the romantic, idealised landscape presented in the large proportion of comic book-movies. And yet, the storyline is so run-of-the-mill and predictable that Kick-Ass 2 ends up feeling – despite its claims to the contrary – like a most hoary, dashed-off penny dreadful imaginable.

Of all its faults, perhaps the most egregious is the strain of purportedly comic racism that runs through the film. It operates on two levels: firstly you have bigoted characters who blurt out nasty, supposedly humorous racial stereotypes. Not just the villains, the heroes too. And no, having another character chide them for being racist does not absolve you from the fact that you did it in the first place for a cheap laugh. Secondly, there’s the strange coincidence that it’s only ethnic minorities who get beaten up. Asians and Hispanics are responsible for all crime and become punching bags for Kick-Ass and his crew, a set-up made even more uncomfortable by the fact that Carrey’s tin-pot avenger is the patriotic, deeply religious Captain Stars and Stripes.

Redeeming features? Nope, we got nothin’. It’s deeply disappointing more than it is dire, simply because the filmmakers have made no perceivable effort to stray from the mildly successful formula of the first film. In short, Kick-Ass 2 never once justifies its largely deplorable existence.

To say that this sequel was unasked for would be something of an understatement.

The most conventional revisionist comic book movie ever!

We wish this left a sour taste in the mouth, instead it leaves nothing. 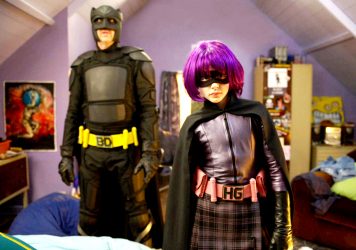