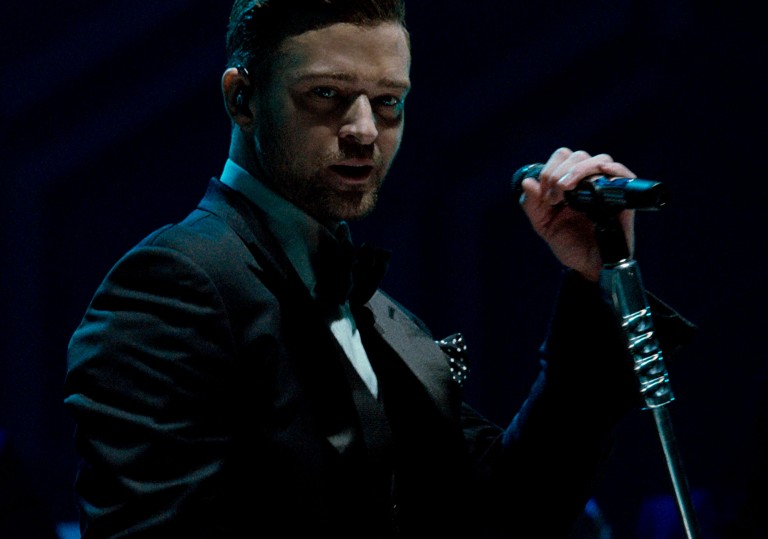 Jonathan Demme has proven himself the master of the concert film, and Justin Timberlake’s moves are often as strangely joyful as David Byrne’s. Bring it.

More than a talented performer, Timberlake is a great team leader, and what a team! Genius bursting out of every frame.

A joyous experience and proof, if any was needed, that Demme and Timberlake are still at the top of their game.

My favourite Justin Timberlake song appears in one of the best sequences in Jonathan Demme’s phenomenal documentary of the singer’s last concert on his two-year tour. Before Timberlake starts singing the first verse of ‘My Love’, his pianist plays a delicate arpeggio. Demme’s camera focuses first on the musician’s steadfast yet graceful fingers, then rises up to his face as he looks over to the singer who, while turning his back to the pianist, listens to his chords.

After a few silent seconds, the pianist, looking back down at the keys, appears to acknowledge that Timberlake wants a few more notes to build up the suspense even further. Timberlake may be the one standing in the spotlight, facing an audience who waits anxiously to hear his voice, but this atmosphere of delightful anticipation surrounding him is the fruit of his wordless collaboration with his pianist in particular, and the whole troupe in general.

Demme indeed finds in Timberlake’s crew of Tennessee Kids a diverse family rather than a group of anonymous employees. The film begins when the troupe arrives at the MGM Grand in Las Vegas and with each musician, dancer and choreographer introducing herself to the camera. All have been part of the band for more than a year, and all are smiling. Just as he did with David Byrne’s troupe for his life-giving 1984 documentary Stop Making Sense, Demme dedicates himself to showing this tightness of the band. Once again, the result is a joyous celebration of music as a unifying force, cutting across all boundaries – be they race, gender or age – to create beauty and express feelings in all their intensity and universality.

Relying fully on the possibilities offered by digital cinema, Demme allows his camera to explore the stage from every angle and distance to present the show as at once a communal and a deeply personal experience for its performers. Dancing in line and in unison, all in suit and tie, the men and women appear all together with Timberlake –the women too perform the crotch-grabbing move, because why not? – before breaking into their own moves. 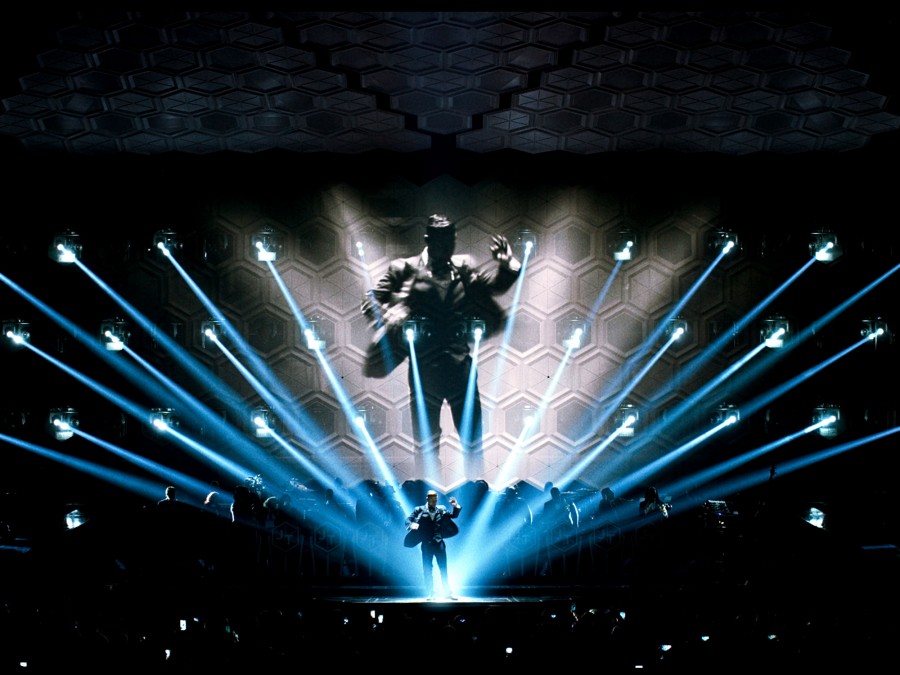 The show itself is designed to highlight the unique qualities of each artist, but no one could have captured those idiosyncrasies better than Demme: in an astonishing tracking shot, the faces of each performer as they interact with each other while singing and dancing to ‘Drink You Away’ appear one after the other, their different expressions all unified by the soulful words of the song.

Demme doesn’t forget to include the stage and light designers in his amorous portrait of the art of performance and turns their work into pure cinematic pleasures. On this stage, Demme too becomes a technician, fully deploying his knowledge of filmmaking to find the most expressive ways to approach the visual and spatial dynamics at play. The transition between ‘I Think She Knows’ and ‘Until the End of Time’ sees Timberlake suddenly disappear behind a gigantic piano only to then reappear sat at the keyboard: with this De Palma-esque fake split-dioptre shot, Demme breaks down any sense of proportion to make of this stage an otherworldly space, where music and feeling have replaced the laws of physics as the basis for logic.

Dimensions fold into each other to the sound of music, and Timberlake’s face as he sings passionately seems to come out of the screen, as if to sing just for us, or just for himself, and in fact for an entire crowd. His intimate experience is also ours.

Jonathan Demme has proven himself the master of the concert film, and Justin Timberlake’s moves are often as strangely joyful as David Byrne’s. Bring it.

More than a talented performer, Timberlake is a great team leader, and what a team! Genius bursting out of every frame.

A joyous experience and proof, if any was needed, that Demme and Timberlake are still at the top of their game. 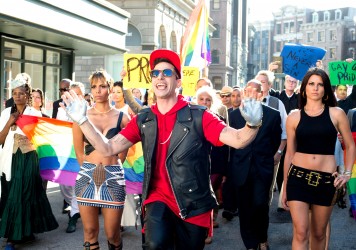