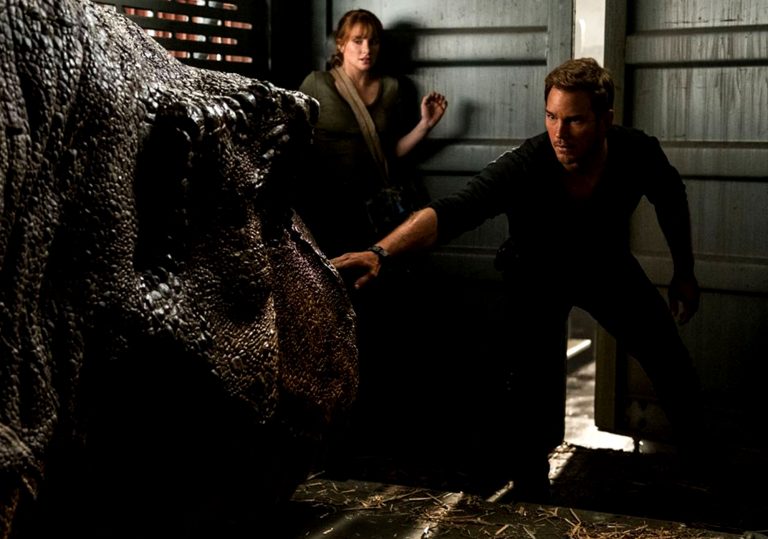 Chaos reigns in more ways than one in this muddled dinosaur pile-up from director JA Bayona and writer Colin Trevorrow.

Something has gone very wrong in the lab. Twenty-five years ago, Steven Spielberg birthed the modern blockbuster as we know it with his awe-inspiring adaptation of Michael Crichton’s classic science fiction novel. A couple of largely forgettable sequels followed. Then, three years ago, Colin Trevorrow’s Jurassic World attempted to classify the franchise de-extinct by reframing the ethical and moral questions contained within the original story for our troubled modern times.

Specifically it asked not whether humanity’s impulse to exercise autonomy over all life on earth – both present and past – is inherently destructive, but whether we have now reached the point of no return regarding the long-term preservation of the planet. Of course, a lot has changed since 2015. But then again, many would argue that the world remains fundamentally the same, and as such it is fitting that, more than anything else, JA Bayona’s Jurassic World: Fallen Kingdom feels like an exercise in accelerated stasis. Or, to put it in basic genetic terms, the midpoint of the second trilogy in this phenomenally popular series represents not an essential or radical mutation but the proliferation of a recessive gene. It’s a case of failure by design, of ideas being fast-tracked through before they’ve had time to gestate, a series of fatal miscalculations in the DNA sequencing.

Initially the film promises something toothier, meaner, more impressive. Yet the failure of screenwriters Trevorrow and Derek Connolly to heed the cautionary refrain that reverberates throughout this and every other Jurassic Park film quickly becomes apparent. Ironically enough, it is the inability to learn from past mistakes that dooms Fallen Kingdom from the start. For instance, dear old Rexy is no longer the top carnivore on campus – but neither is Blue, the hyper-intelligent Velociraptor created by InGen and trained by Chris Pratt’s behavioural research guru, Owen Grady, and nor is the fearsome Indominus rex introduced last time around. Yes, this film boasts an all-new alpha attraction, one even stranger and sillier than its predecessors.

Another issue is the setting. In an explosive early set-piece, a long-dormant volcano splurts violently back into life. As Isla Nublar erupts, giants turn to dust, and the essence of Crichton/Spielberg/John Hammond’s spectacular vision is snuffed out – engulfed by a rising molten tide. The point here is that switching focus away from the park effectively negates the franchise’s richest and most dynamic character: the island itself. The gyrospheres that featured so prominently in Jurassic World may have seemed little more than a novel update on the Jeeps from the first film, but crucially they enabled us to further explore this complex environment in all its delicately-balanced, terrifying glory. As ever, life finds a way, yet it’s hard to shake the sense that while the movies keep getting bigger, the dream keeps getting smaller. 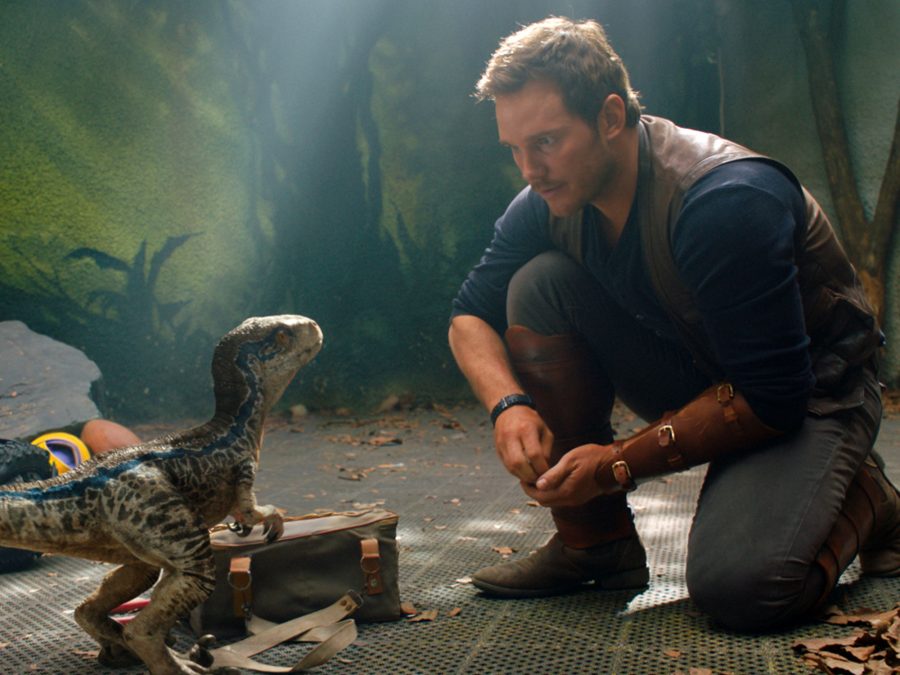 Where relocating the action might have made for a more expansive adventure, instead Fallen Kingdom is hampered by a restrictive, muddled narrative that never settles into a coherent tone or rhythm. Various motifs and plot mechanisms are introduced only to be swiftly resolved or else completely abandoned – is this supposed to be an allegory for our impending ecological crisis, a comment on rampant 21st century capitalism, a gothic dino slasher? It really is hard to tell. The film carries less dramatic weight on a purely visual level, too, so where once we had Sam Neill’s Dr Alan Grant removing his Ray-Bans in sheer disbelief at the sight of a herd of grazing Brachiosaurus, now we have Bryce Dallas Howard’s Claire gawping at an enormous house.

She and Owen once again lead the rescue party, one acting out of guilt, the other out of paternal obligation. They’re joined by a couple of plucky new recruits: Justice Smith’s shrieking nerd, Franklin, and Daniella Pineda’s headstrong “paleo-veterinarian”, Zia. Standing in their way are Ted Levine, playing a sadistic commando leader, plus Rafe Spall and Toby Jones as a pair of mustachio-twirling conspirators (incidentally, the film literally features a pair of nefarious characters with twirly moustaches). Despite a lot of yelling and running around, none of the principal cast leave much of an impression – and the less said about Jeff Goldblum’s lazily shoehorned in cameo the better – though newcomer Isabella Sermon impresses as Maisie Lockwood, the granddaughter of Hammond’s former business partner.

It is Maisie who provides the film with its most credible moment, which arrives during an emotionally-fraught climactic scene that calls to mind Spielberg’s Holocaust survival story, Schindler’s List, which he famously directed while editing Jurassic Park. Beforehand, another Spielberg opus, A.I. Artificial Intelligence, is evoked when the same character comes face to face with a startling metaphorical near-mirror image of herself that serves as a fleeting but sobering reminder of mankind’s worst tendencies. It’s both a great pity and a source of nagging frustration that seemingly no one involved in the making of Fallen Kingdom cottoned on to the fact she is far and away its most valuable asset.