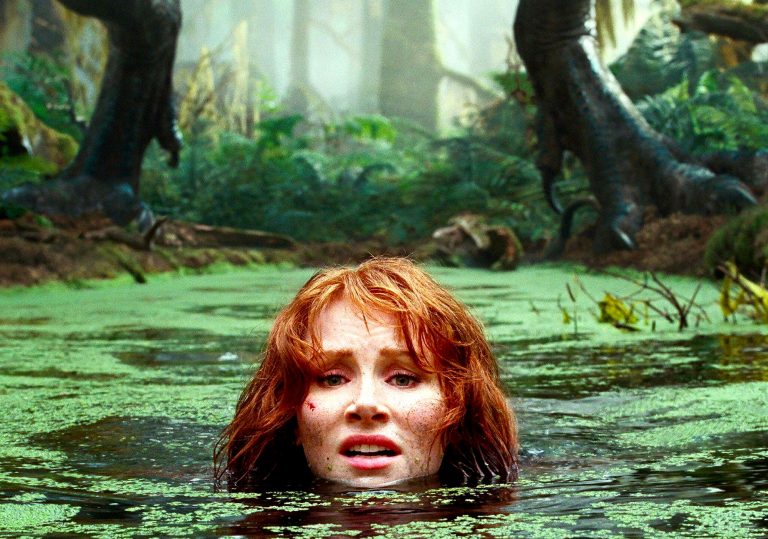 As a Jurassic World defender there’s something here that could be salvaged.

Laura Dern, you have an Oscar, you don’t need to do this.

A shameful triumph of corporate greed.

The return of some familiar faces can’t save this dire dino flick from feeling like a cynical cash grab.

Many franchise creators claim to have envisioned a series of lucrative sequels as part of the plan all along but that was never the case for Jurassic Park. The summer blockbuster was adapted from Michael Crichton’s original novel and became the first billion-dollar movie, won Oscars, and was generally considered to speak to Spielberg’s best instincts – scary and innovative, but with a warm heart the size of a triceratops at its core.

The cold corpse of that film is jolted awake in an ungodly dance in its fifth sequel, Jurassic World: Dominion, which gets the old gang of Laura Dern, Jeff Goldblum and Sam Neill back together only to sully their legacies by having them join forces with a group of contractually obligated charisma vacuums.

Where the first Jurassic World film had a semblance of a reason to exist, some fun satire as to the boundaries entertainment corporations will go to enrapture audiences and the sweetly imagined joy of a baby triceratops petting zoo. Dominion, in order to continue the dinosaur crisis, has to introduce a series of increasingly unhinged plot points.

Man, we are repeatedly told, and dinosaur have to compete to be the “apex predator”. This is a world where dozens of dinosaurs challenge billions of people with drone warfare at their disposal and yet have somehow managed to not be conquered by hippopotamuses. Scenes of this thrilling fight for dominion include a stegosaurus inadvertently creating a road traffic accident. 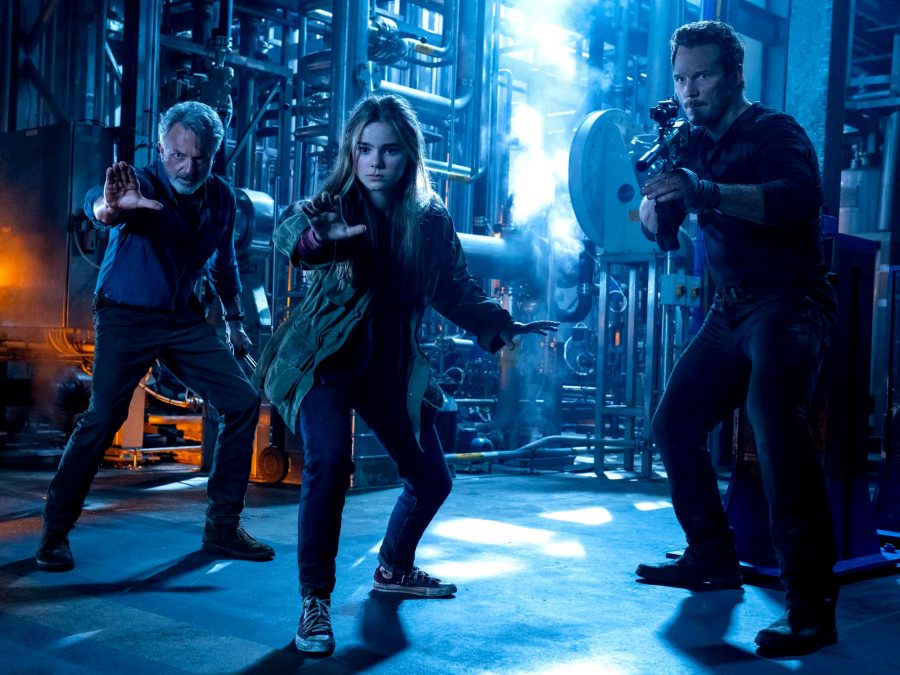 But that’s not all! Very bad people have trained the raptors to attack people when a laser pointer in aimed at them, a plot point so stupid it wouldn’t have made it past brainstorming for Austin Powers 3. Finally, Biosyn – which is sort of like a more evil Monsanto – has used dinosaur DNA to create a species of locust that only eat their competitor’s crops and will cause global famine.

So, it’s up to our ragtag team of two former zoo keepers, a paleobotanist, a mathematician, a clone of a little girl and an (admittedly pretty cool) retired pilot to save the day. Sam Neill’s Dr. Alan Grant has progressed so little in the past 30 years, he is summoned from a paleontology dig – apparently in this world having living dinosaurs at your disposal has in no way altered the methods of paleontological research. Said research has altered these dinosaurs, however, and now some come in an array of plasticky feathers that render them hopelessly cartoonish.

The film is not so much a narrative as a sequence of loosely tied-together chase sequences where every running person, car, plane, raptor, and larger-than-average locust travels at the exact same speed. With so little dialogue and so much green screen that it’s hard to imagine the cast had any clue what the film they were shooting actually was, most of the exposition is given to a flashback of a woman pregnant with her own clone, and franchise favourite BD Wong who seems utterly exhausted.

Beyond its nonsensical plot, the film imagines the audience will be delighted by a myriad of references to the first film – but in Dominion it feels less like watching a beloved band play their greatest hits and more like watching them hawk merch to pay for an expensive divorce. Embarrassing.

As a Jurassic World defender there’s something here that could be salvaged.

Laura Dern, you have an Oscar, you don’t need to do this.

A shameful triumph of corporate greed. 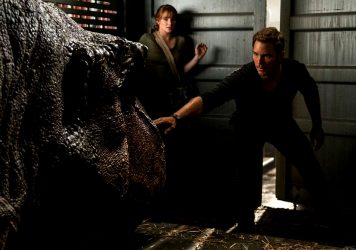 Chaos reigns in more ways than one in this muddled dinosaur pile-up from director JA Bayona and writer Colin Trevorrow.