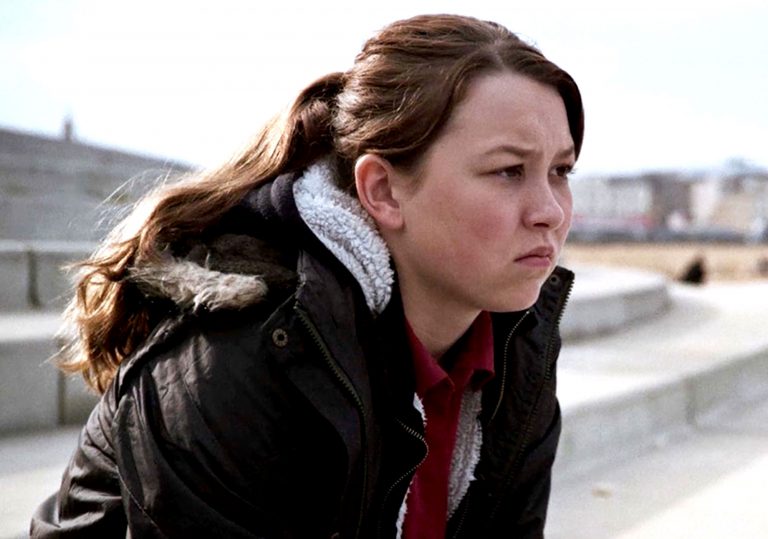 This British indie film has fallen between the cracks. Must mean it’s interesting.

Definitely interesting, but not entirely successful.

Some nice performances, but falls to pieces under light scrutiny.

Margate is being descended by frou-frou jackals from the City, on the prowl for cheapo property they can snaffle up, renovate and then sell on for a mint. The working class population of this salty seaside burg are on last orders, and James Gardner’s Jellyfish suggests they must innovate in order to survive.

Taciturn, friendless high-schooler Sarah (Liv Hill) juggles between caring for two younger siblings, filling in for a deadbeat mother, earning pocket change at a games arcade and putting in a shift at school when she can. As long as the equilibrium remains perfectly settled, her daily ordeal is just about bearable, with occasional income supplements coming from administering handjobs down a back alley to balding greasers.

Running in tandem with all of this is her drama classes which she attends under chronic duress – how can she be wasting her time on such frippery when the wolf is scratching at the door? Yet her teacher – who is one of those classic movie teachers who only sees promise in her vile scorn – thinks she has what it takes to be a stand-up comedian. And so he sets her on a course for blue zingers, bad puns, colourful invective and tell-it-like-it-is hellfire.

It’s an ambitious proposition, as Gardner attempts to fuse a story about realising your performing arts dreams to a rather unsightly kitchen sink. Yet the whole thing starts to backfire fairly swiftly, and when you essentially have a training montage which involves smashing through a YouTube playlist of Frankie Boyle outakes, then it’s definitely time to reach for the shepherd’s crook.

Hill has a mighty crack at what is essentially a duel role: one of harried daughter and the other an apparent unsung comedy genius. Where she excels at the former, she dies a death as the latter. The stand-up element almost comes across as an awkward afterthought, or an easy way to build unearned drama, and her lightening-quick ascendancy to Margate’s own Joan Rivers serves to seriously undermine the film’s realist credentials.

Sinead Matthews as manic depressive mother Karen sometimes makes for a more compelling and dramatically combustible presence. Her performance channels years of damage, abuse and hard luck, and it seldom leans on unnecessary exposition to fill in the blanks. Her attempts at mothering are pitiful, as it’s patently clear she’s been mentally absent for most of the last 10 years. Her relationship with Sarah, and the way they attempt to subtly manipulate and undermine one another, is the film’s saving grace.

This British indie film has fallen between the cracks. Must mean it’s interesting.

Definitely interesting, but not entirely successful.

Some nice performances, but falls to pieces under light scrutiny. 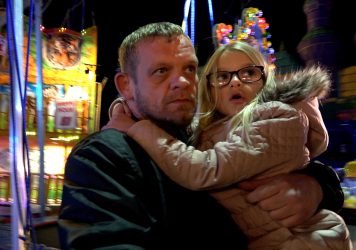 Sean McAllister’s documentary is a welcome antidote to the many grim representations of the poor.