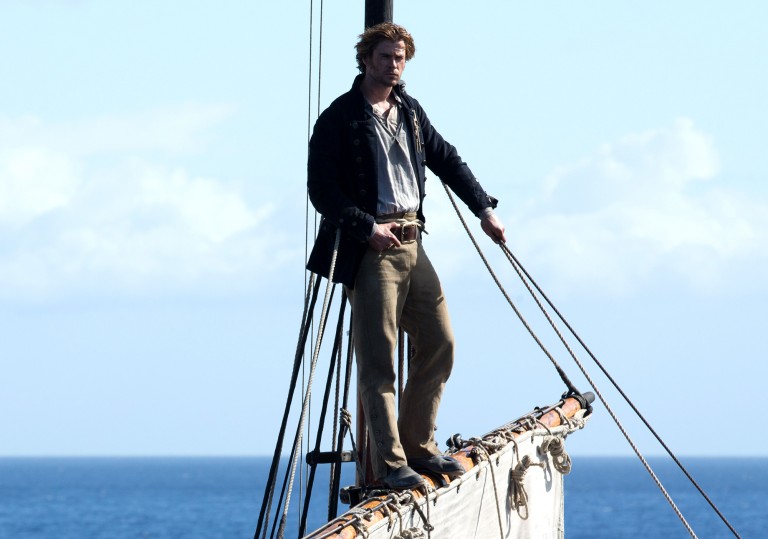 This isn’t based on ‘Moby Dick’.

Originally scheduled for a March 2015 release before a last-minute promotion into prime awards territory to fill Warner Brothers’ festive season Hobbit-hole, it’s about time Ron Howard finally got his Dick out. A year’s worth of advertising have insisted this isn’t Herman Melville’s ‘Moby Dick’, but rather an adaptation of Nathaniel Philbrick’s historical bestseller; a telling of the true [*cough*] events that befell The Essex whaleship in 1820, the very same that would serve as inspiration for The Greatest Novel In The English Language.

Truth may be stranger than fiction (especially when you throw a vengeful, super-sentient whale into the equation), but it can also be a lot less interesting, especially when you throw Ron Howard into the equation. Most bizarre is that it’s a notion with which In the Heart of the Sea would appear to agree. Using Melville (Ben Whishaw) as part of a framing device – he calls on a survivor played Brendan Gleeson to recall the tale as research for his next book – the film goes out of its way to tell us that ‘Moby Dick’ is probably a better story than the one that will be told here. “You may not like what I have to say, but every word will be true,” Gleeson says, as if veracity should trump enjoyment. “That’s it, you have your story!” he tells Melville later, “I think I’ll go with my version,” Melville as much as replies.

So what could have been a Werner Herzog-quoting battle of futility against the forces of nature, couched in myth but disguised in tentpole blockbuster scale, becomes an episodic series of CGI-disasters with little shape beyond its adherence to the “facts” of the matter.

Functional, practical, but winning few points for style, Ron Howard has always been the cinematic equivalent of a pair of catalogue-ordered khakis; this Boxing Day release being a generous seasonal gift for those mourning the lack of a Top Gear Christmas Special. Rolling up his sleeves for some nautical hijinks – Whale! Shipwreck! Cannibalism! – Howard shows off the fruits of a study period clearly spent with the Harvard Ethnography Lab’s excellent, 2012 sea life documentary, Leviathan. That he’s also been taking aesthetic advice from fellow member of the shirt-tucked-into-jeans club, Tom Hooper, sadly redresses the balance.

Luckily cinematographer Anthony Dod Mantle is on hand to stall the sinking ship, fittingly at his best when – quite literally – shooting a sinking ship. Yet there’s only so much Dod-Mantling one can use to distract from an over-dependence on such poor SFX work, all the more telling when the practical effects work a charm. The supporting cast’s work aboard the reconstructed Essex hums with a more convincing sense of business than the fatally miscast Chris Hemsworth, a cardboard archetype left to get his am-dram Crimson Tide on with landlubbing superior, Benjamin Walker.

It doesn’t help that Howard struggles to find visual coherence in his action beats, and the less said about the loss of bottle (cut to melting candle) when it comes to the cannibalism, the better. What remains is an opportunity for an intense, Jaws-like thalassophobic nightmare, squandered.

This isn’t based on ‘Moby Dick’. 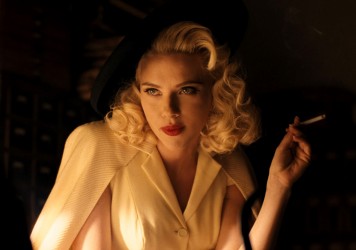