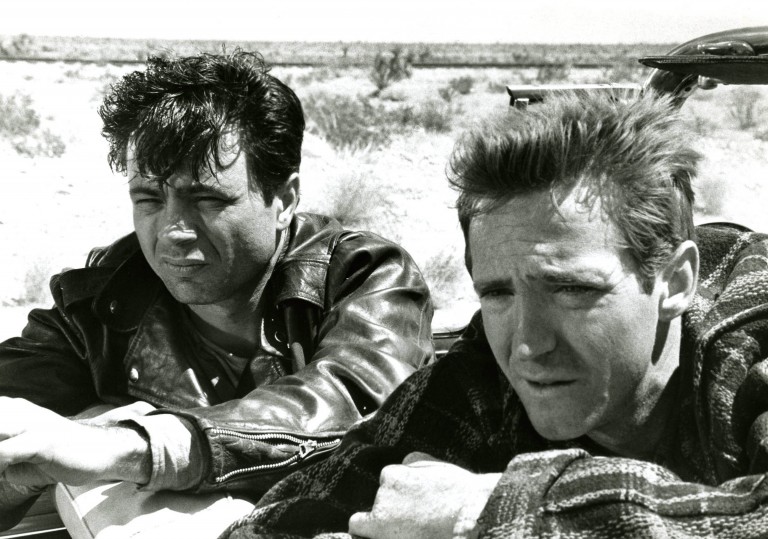 We’ve read In Cold Blood and watched Capote. Is this historic crime really worth another visit?

A composed and sorrowful character study of lost-soul murderers.

Holcomb, Kansas, 1959: a crime has been committed that seven years later will make Truman Capote a name for the ages. In the ’50s the socialite author was already the toast of New York for witty slimline novels, of which ‘Breakfast of Tiffany’s’ was the most celebrated.

‘In Cold Blood’, published in 1966, was to be a different beast. The huge tome, gleaned from intense conversations with death-row prisoners, Dick Hickock and Perry Smith, reinvented journalism and literature by blending both. It remains one of the most gripping books ever published in English, full of the tawdry magnetism of true crime, the linguistic elegance of a master writer and the human complexity of subjects that have been intimately observed.

Given that Richard Brooks’ film is adapted and takes its name from Capote’s ‘In Cold Blood’, it’s strange that the writer/journalist is pushed to the peripherals and renamed as an older gent. Still, anyone thirsting for more of Truman’s angle has Bennett Miller’s excellent Capote as a resource. Brooks’ film – like its source – is primarily fascinated with the perpetrators of the ghastly criminal act.

Perry (Robert Blake) and Dick (Scott Wilson) are a pair of ex-cons. Perry is damaged. Dick is charming. They’re both remarkably cavalier about the prospect of murdering a family of four. The goal is to steal the $10,000 that Dick’s ex-cellmate claimed was kept in the Clutter family’s home safe. And then: Mexico!

Brooks cross-cuts between Perry and Dick in their car on the way to Holcomb and the Clutter family going about their business on the last day of their lives. The Clutters are presented as a regular, nice family. 16-year-old Nancy has a full day ahead of teaching younger girls. Kenyon, her brother, smokes on the sly. Father, Herb, is onto him but jovially lets it slip. Bonnie, his wife, is not well, either from illness or nerves. There is a protectiveness over her on this family farm. Brooks does not use any dramatic contrivance to make the Clutters seem overly saintly or significant.

There is one breezy exchange that feels ominous, not because of heightened music or delivery but because their fate is already sealed. Nancy’s friend asks if she wants to sleep over. Nancy says no, Bobby’s coming over. Her friend smiles, says she’ll pick Nancy up for church at 9am.

Meanwhile, Dick is establishing himself as full of enough easy Southern charm to rival Matthew McConaughey decades ahead of schedule. He’s getting liquored up and providing a stream of boyish repartee. Perry is freaking out and having flashbacks to his disturbed childhood. He has the capacity to kill but is less motivated to utilise this than his partner. More than anything, he is confused and low on ideas. Ditto Dick. The chemistry that Blake and Wilson drum up doesn’t have the hard-edge that we’re used to seeing in big screen representations of brutal criminals. Dick and Perry are pals and they look after each other.

The remarkable thing about Brooks’ In Cold Blood is that it stays calm. The men arrive at the Clutter farm at 2am. Many directors  would have been restrained until this point and then gone full giallo in depicting a bloodbath. Brooks skips to the next morning. Enter another perspective: law enforcement. We carry on getting to know Dick and Perry, who now have even more narrative space to be the leads. It’s impossible to fully root for them and impossible to be fully against them.

Brooks strives to make a film about humans: slain humans and slayer humans. Blake and Wilson give wonderfully natural performances: eerie in their casual attitude to murder but endearing in their open natures. In Cold Blood doesn’t judge them but doesn’t excuse them. It lets the justice system do its work, bearing witness and eventually showing the quadruple murder which Brooks filmed inside the actual Clutter house. As it reaches a close, the film’s trapdoor swings open releasing not the banality of evil but the coldness of despair.

We’ve read In Cold Blood and watched Capote. Is this historic crime really worth another visit?

A composed and sorrowful character study of lost-soul murderers.