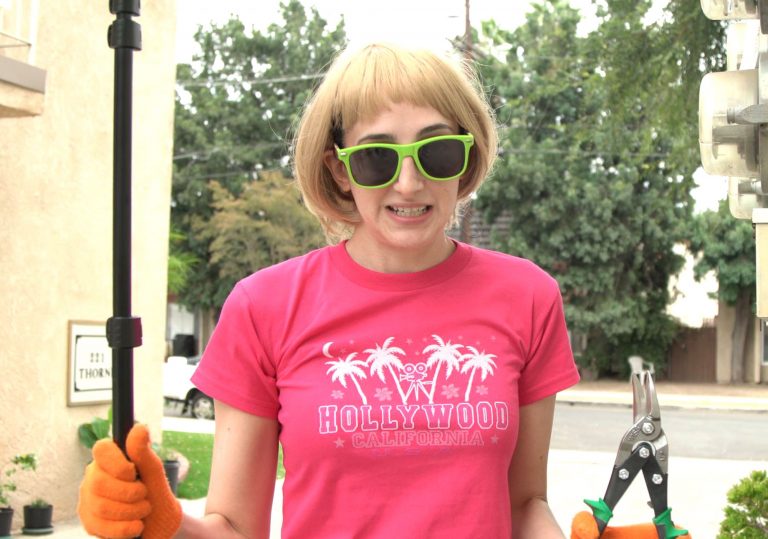 We blame in a society.

An angry, funny, unnerving dark comedy that’s probably going to piss off a lot of people.

Gillian Wallace Horvat’s 2015 short film Kiss Kiss Fingerbang, a Grand Jury Award winner at SXSW, was the kind of distinctively dark calling card that might ordinarily lead to ample directing offers. At least, going by the success stories of so many genre-inclined filmmakers (most of them men), that’s what should have happened.

Judging from interviews supporting the release of I Blame Society, the micro-budget film that has ended up being Horvat’s debut feature, this is not what happened – and her pitch black, metatextual mockumentary certainly feels like a response to this. Crucially, it’s not a case of a filmmaker demanding that we worship the artistic genius that The Man failed to recognise, through the medium of a didactic feature-length performance art-criticism hybrid.

What it does do is explore the various microaggressions that are rampant within American film production, on both the independent and studio sides, that can lead to marginalised voices being denied the same seat at the table as their (predominantly) white male peers, despite the supposed efforts of those already at the table to be more inclusive. Oh, and I Blame Society is also a serial killer movie.

Horvat plays a delightfully deadpan, fictionalised version of herself, a struggling filmmaker slowly tinkering away at a documentary she started years earlier. The documentary was inspired by a compliment from a friend that she would make a good murderer, and you can see how qualities like resourcefulness, problem-solving and continuity awareness are present in both directors and homicidal maniacs. 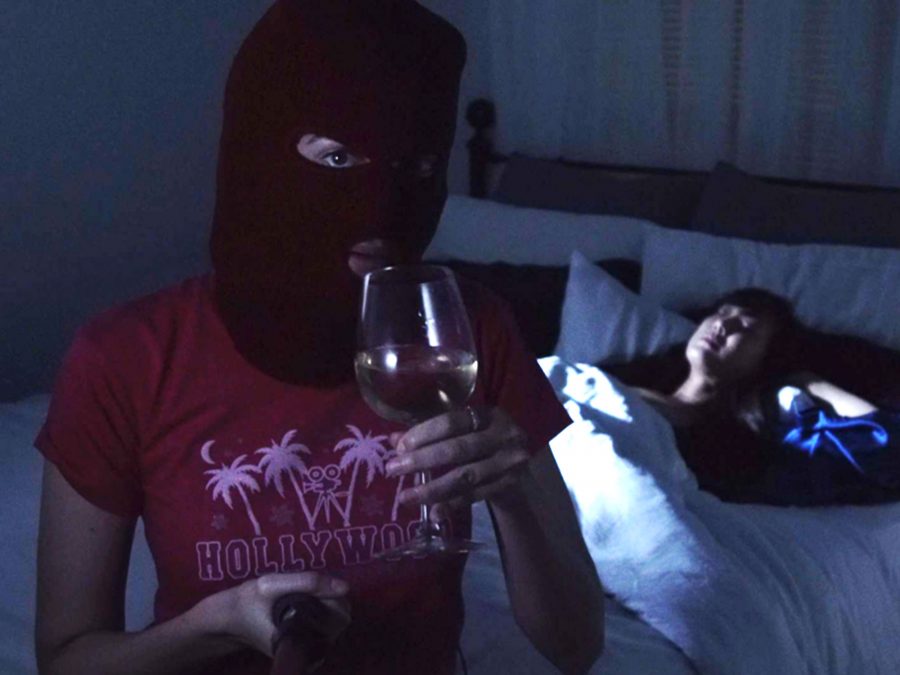 Gillian’s doc has already sabotaged one friendship, after she pitched a scene detailing how she would hypothetically murder her friend’s partner, and it now risks wrecking her relationship with her editor boyfriend Keith (Keith Poulson). Resuming her film with a new angle, Gillian begins documenting how she pulls off a series of escalating crimes, as research suggests killers build up to murder as the culmination of a progression of thrill-seeking.

This coincides with her being called to meet with two male producers – but not, it turns out, to pitch projects of her own. Epitomising the idea of performative allyship, these producers – one of whom confuses intersectionality with intersexuality – already have scripted “diversity” narratives they want to tell “with strong female leads” and “underrepresented voices”, and just want Gillian to submit a look book for investors.

What they’ll eventually receive instead is Gillian’s filming of a carefully coordinated series of murders, framed as suicides with notes so convincing in representing the voices of her chosen victims that there’s doubt that an actual serial killer is responsible. She’s so good at what she does that she struggles to get the credit for it.

While a few of the slayings are played for telegraphed laughs, some of the slaughter is genuinely disturbing as visually framed, particularly a surprisingly graphic organ removal. Although righteous indignation drove the film’s inception, Horvat is careful to not make I Blame Society the kind of violent-but-sympathetic ‘girlboss’ narrative, where the protagonist lacks culpability, that those producers would likely love.

I Blame Society is released 19 April via Blue Finch Films.

We blame in a society.

An angry, funny, unnerving dark comedy that’s probably going to piss off a lot of people.