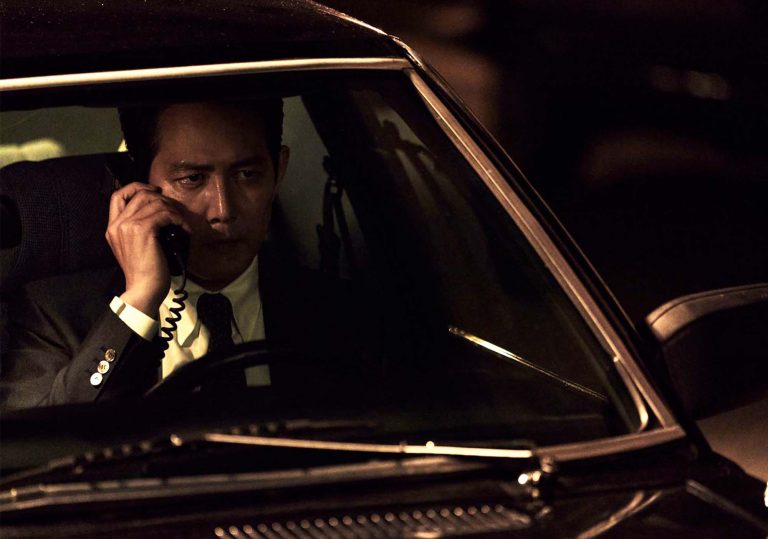 Always best to keep expectations in check for an actor’s directorial debut.

Although Hunt was already in production before the global phenomenon premiered, Squid Game’s success looks set to ensure even more eyes pay attention to the directorial debut of that show’s star, Lee Jung-jae, who also co-leads this film. Luckily, Lee’s feature should withstand the extra scrutiny, thanks to its qualities as a stylish, energetic espionage thriller executed with clear confidence.

The only lack of confidence comes behind the scenes. While the original cut of the movie that premiered out of competition at Cannes is what South Korean audiences got for their theatrical release, Lee reportedly re-edited the film and revised certain scenes for elsewhere, after a not insignificant amount of festival reviews from international media found the Cannes cut too convoluted and vague regarding the Korean politics of the 1980s setting.

This review comes from a position of having only seen the edit prepped for a Western release, where the signs of possible extra ADR work are occasionally evident. There’s an extent to which the intrigue can be slightly tricky to follow, particularly in the first third, but anything particularly unclear at first is later clarified all in due time. And part of that seems like a deliberate feature, given how many individuals or groups of characters are prone to shouting some variation of “Who are you?” upon the arrival of new forces with unclear allegiances. But this is ultimately no harder to follow than John le Carré’s more popular novels. In fact, Hunt actually resembles Tinker Tailor Soldier Spy in some spots, if George Smiley was more prone to whipping out a gun and firing while in search of a mole.

Set in 1983, the film’s immediately attention-grabbing Washington-based prologue sees an attempt on the visiting South Korean president’s life foiled. During the chaos, Park Pyong-ho (Lee), the Foreign Intelligence Unit chief of the KCIA, is taken hostage by the sniper, but saved by the Domestic Unit chief, Kim Jung-do (Jung Woo-sung). The two men have a complicated history. In a past job as a military officer, Kim oversaw Park for 10 days when all KCIA agents were detained for questioning after the assassination of the previous president in 1979.

Following the sniper incident, the KCIA director informs the two men that there’s a North Korean mole within the agency, known as ‘Donglim’. After a collaborative effort involving the collection of a North Korean defector physicist goes awry, the men’s separate teams begin independent investigations into tracking down Donglim. Inevitably, the hunt becomes a battle of wits between the two head-strong personalities in charge, with Kim especially suspicious of Park’s strange benefactor status for the supposed daughter (Go Yoon-jung) of a slain former informant for the KCIA.

Bolstered by creative action choreography, Hunt remains lightning-paced throughout, even while piling twist upon twist. It’s closer to the mode of The Departed than Infernal Affairs, in how blood-squib-heavy and operatic it gets, though the mesmerising intensity of its duo facing off is worthy of both those classics of the mole-pursuit subgenre.

Always best to keep expectations in check for an actor’s directorial debut.