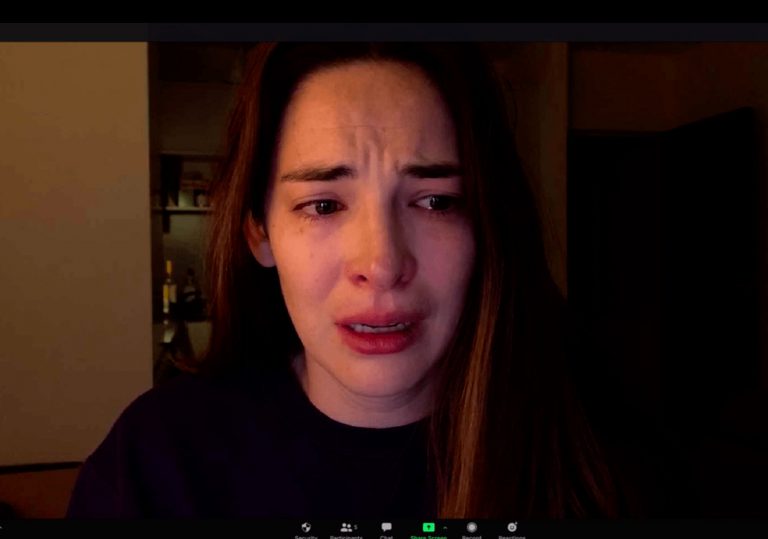 The first major missive of “lockdown art” comes to a screen near you.

Formally impressive and imaginative, but feels in thrall to more pedestrian horror stories.

Good directors embrace limitations, and Rob Savage has more than proven his worth on this front.

The late, great showman director William Castle took incredible pains to add little, fourth wall-breaking novelty extras to his films, as a way to enhance the screening experience for thrill-hungry patrons. His 1959 film The Tingler, for instance, saw viewers potentially being planted on a seat that had been fitted with an electric buzzer for added experiential shock.

Though there is no such live gimmick in Rob Savage’s impressive horror quickie Host, the spirit of Castle lives on in this film’s commitment to trading on banal physical experience and close-to-home frights, which is in this case enforced communication via digital video platforms. As a little bit of no-frills fun, six friends (five female, one male) decide to give their weekly Zoom catch-up call over to a mumsy medium named Seylan who leads them in what she claims to be a friendly, candle-lit jaunt over to the astral plane in search of the dearly departed.

The film is presented in desktop vision, and we have the unique vantage of being able to see the faces of all the actors, head-on, throughout most of the runtime. It’s not long before a visitor from the spirit world takes offence to a glib ruse by one of the participants, and thus a rampage of shadowy terror begins.

While characterisations are a little thin, and the plot machinations cleave too tightly the conventions of the genre, Host is remarkable in its quickfire ingenuity and the fact that it perfectly traps a strange, bemusing era in amber with an impressive mixture of fondness and disdain. In the latter stages, when personal wellbeing has been placed in serious jeopardy, one of the Zoomers takes it upon herself to break quarantine restrictions and run to her friend’s house, and despite the fact that a killer spectre is on the loose, they still take a short moment to bump elbows.

There are some really smart set-pieces which employ the quirks of the technology that many will now be used to, such as the artificial background function, the time-out warnings, and also the dark, pixelated plains in the backdrop of each image. Savage often falls back on having the protagonists film their exploits when they’re forced to follow an eerie noise emanating from within their domestic space, and these small lapses in which characters use the technology in unbelievable ways (ie to serve an audience rather than themselves) diminishes the impact of the story.

At barely an hour long, though, it more than justifies its existence, and will no-doubt become a calling card work for Savage and co-writer Gemma Hurley.

The first major missive of “lockdown art” comes to a screen near you.

Formally impressive and imaginative, but feels in thrall to more pedestrian horror stories.

Good directors embrace limitations, and Rob Savage has more than proven his worth on this front. 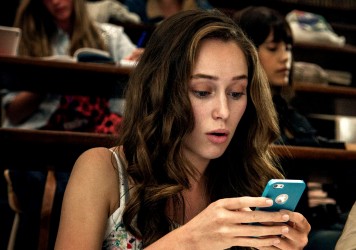