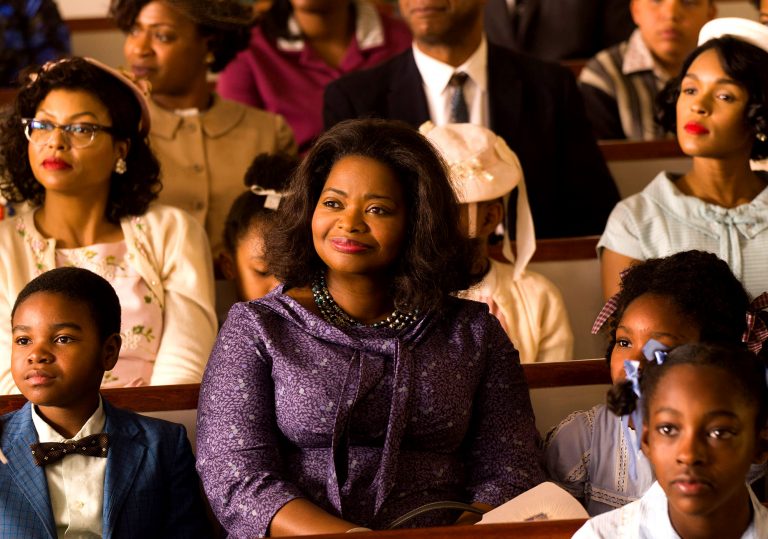 A last-minute awards contender with a pretty poor title.

Maybe there’s a poetry to the fact that a film about mathematics is completely schematic?

Monáe and Spencer shine from the sidelines.

The spirited tale of three secret weapons used in NASA’s initial attempts to send a man into space.

Let’s get one thing out of the way: Theodore Melfi’s Hidden Figures is not a good movie. Sorry, but it’s not. It’s winning, it’s pleasant, it’s mildly rousing, its heart is right there, front and centre, and it also shines an (extremely bright) light on a trio of remarkable subjects. But it is machine-tooled to please and finely calibrated to comfort. It’s glossy, trivial and unapologetically sentimental, working every frame to extract that climactic air punch and single glistening tear from its intended audience.

It twists real history into the standardised Hollywood dream narrative, where adversity is triumphed over, hope defeats despair, and political enlightenment comes from one white man’s willingness to reset a crooked and malevolent system. Combine the punning title with a “Based on true events” opening title cards, and you could pretty much make up the rest in your head. And yet, utterly schematic though it is, Hidden Figures does highlight the chronic absurdity of a framework (political or economic) that arrogantly incorporates a base-level bigotry into its inner workings. Should something as wholly irrational as racial segregation be the giant millstone that anchors humanity down in the moral doldrums? 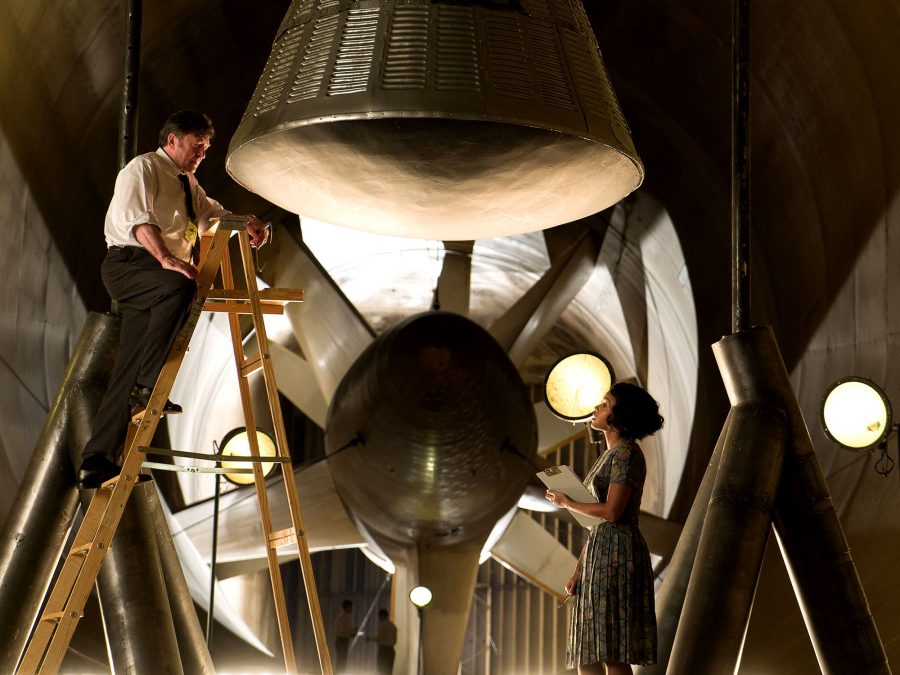 Katherine G Johnson (Taraji P Henson), Dorothy Vaughan (Octavia Spencer) and Mary Jackson (Janelle Monáe) are just three regular pioneers whose aptitude for mathematics happens to be extraordinary, and whose skin also happens to be be black. Their skills have been co-opted by the nabobs at Langley, Virginia, circa 1961, as JFK has put a rocket up the collective asses of those eggheads down at NASA in an attempt to get them trading cosmic blows with the Russkies. Yuri Gagarin already became the first man to travel in space, so it’s up to the US-of-A to not only catch up, but make the next giant leap.

The film quickly shifts its focus away from Jackson and Vaughn to keep tabs on Johnson, as she’s moved into the central NASA brain trust to calculate the flight trajectory of America’s first cosmonaut, John Glenn (Glenn Powell). Sharing a table with her is Paul Stafford, a scowling, pantomime villain played by Jim Parsons and a character who is placed within the story solely with the job of enacting all the humiliating rites that come with segregation. It’s then the job of Kevin Costner’s top man Al Harrison to essentially chide his discriminatory tactics and show that a national fight to touch the stars should not be hampered on race and gender lines.

The irony of the whole thing, though, is that it preaches tolerance on American soil while framing Russia as an evil empire. The space race was a large scale appendage measuring contest fuelled by virulent nationalism, but the hollow absurdity of the Cold War is never once called into question. Where the film excels, though, is in allowing the three leads room to breath, and a stirring courtroom monologue by Monáe in which she demands to be enrolled in a whites only engineering college offers a rousing reminder that rational demands cannot be easily ignored.

A last-minute awards contender with a pretty poor title.

Maybe there’s a poetry to the fact that a film about mathematics is completely schematic?

Monáe and Spencer shine from the sidelines.