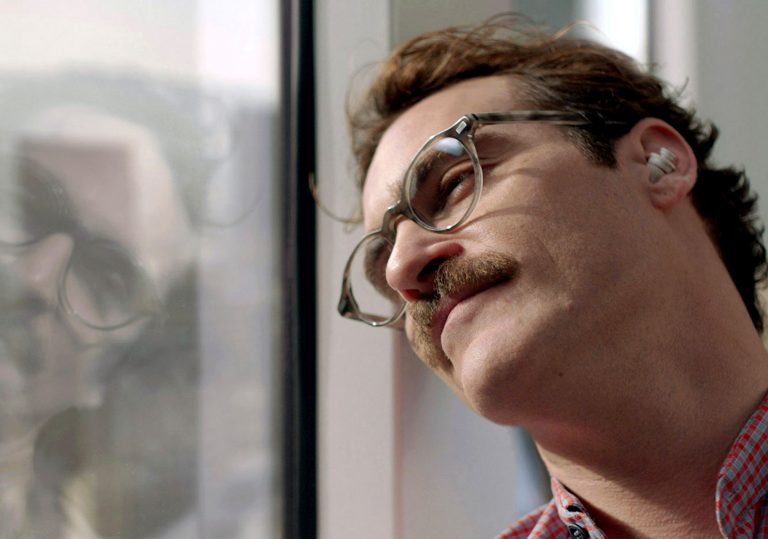 Spike Jonze, operating outside of his Charlie Kaufman comfort zone. Could be fireworks...

Playful yet sincere, inquisitive yet honest, doomed yet totally heartbreaking.

That title… So simple, so romantic, so gently wistful. Without knowing anything about the film it sits atop, that single, unadorned word conjures images of a man, a romantic man, a sensitive soul longing for a woman. And the woman is everything to him, a Venus figure, his ideal. His focus is trained on Her. Is she his singular, all consuming obsession? Possibly. Probably! But he is removed from this woman. She is generic, not specific. There’s no name. He dreams about her, worships her from afar. He has her, but can’t hold her.

For his fourth feature as director and first as sole writer, Spike Jonze has made a film whose romantic essence can be traced right back to classic Hollywood. Her is a Brief Encounter or an An Affair to Remember for our times, gay subtexts left fully in tact and transposed to a pastel-hued future that resembles a city-sized branch of Gap Kids. It’s also a piece of hard speculative sci-fi which fuses a subtle dystopian twist onto a timeworn tale of amour fou. The tragedy of Her is that it suggests there are no lessons to be learned from movies like Brief Encounter, that humans will continue to blindly follow the lawless impulses of the heart even though it will likely result in pain and sadness. In fact, technology will only help to facilitate further (and more complex) occasions for potential romantic folly.

The love affair in Her is not illicit in the traditional sense, but it’s certainly strange and what conservative readers might describe as “alternative”. Theodore Twombly (Joaquin Phoenix) is a lonely near-divorcee whose job involves dictating beautiful handwritten letters into an intuitive computer programme. He ghost writes them for other people, coasting on a natural ability to lend poetic heft to balmy platitudes. Not quite ready to get back into the game, he purchases an operating system for his computer which has been programmed to mimic human emotion to a near-imperceptible degree. When he loads up the software and splutters through a (hilariously) rudimentary start-up questionnaire, he finds himself in the close company of Samantha, who is brought to life via Scarlett Johansson’s sultry, disembodied voice. 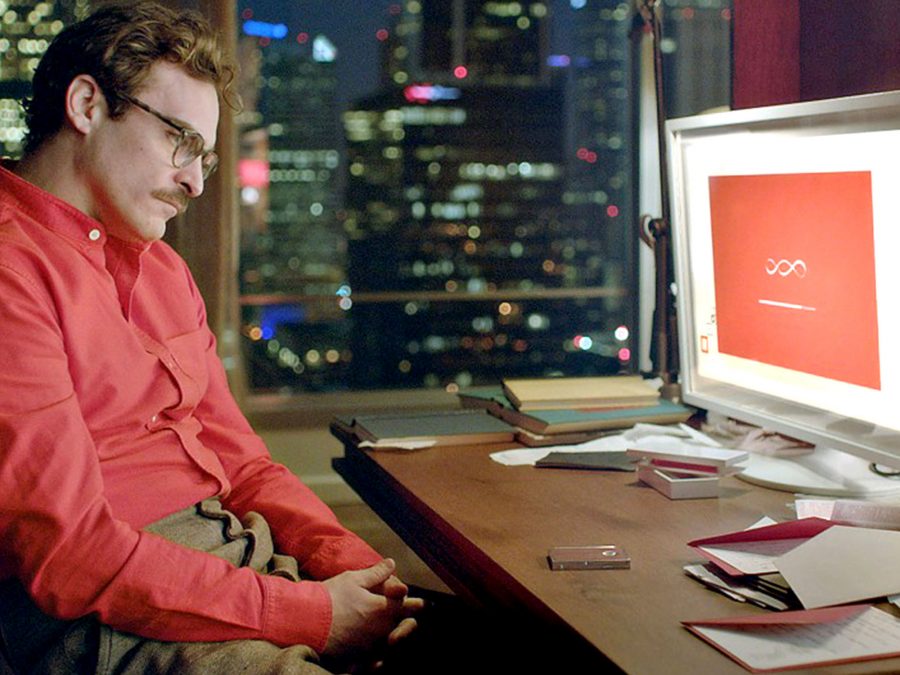 The crisp, retro-futurist production design and eerily primped and cleansed California backdrop (filmed in Los Angeles and Shanghai) manage to anchor the basic concerns of the film in the present while keeping them at a deadpan distance. Jonze has envisaged a future in which the hipsters won, and high-waisted trousers and horn-rimmed specs are par for the course. But this is a relatable future, one which trades on that great joke from Rian Johnson’s Looper, in which China dominates the social and cultural hegemony. The film also recalls recent alarmist news stories about the problems of Japanese teenagers who have become entirely apathetic towards sex and are unknowingly diminishing the government tax base. If there’s virtual, self-cleaning substitute is out there, then why not?

Even though we can’t see what she looks like, Her allows the viewer to concoct their own flawless mental effigy of Samantha. As great as Johansson is, a more anonymous voice would’ve made that task even more gratifying. Theodore falls doo-lally in love with those honeyed tones, a manufactured personality that is unable to stimulate all senses at the same time. Is that even possible? Can the emotional exist without a physical presence, and vice versa? Theodore is fragile, he can still feel the afterburn of a failed marriage with Catherine (Rooney Mara), a prodigious young novelist who became agitated by his fatherly/introspective demeanour. But there’s no sense that Theodore is damaged in any way, and his relationship with Samantha is presented as a healthy one, just the quirky symptom of unchecked technological progress.

Her is Spike Jonze’s best film, and more interestingly, it boasts a script that’s arguably even stronger and more finely textured and curious than the intellectually somersaulting beasts penned by his one-time partner in crime, Charlie Kaufman. The way in which the film evolves from a blissful love story between Theodore and Samantha into a deep (though always uncynical) inquisition into the ever-more potent and possibly doomed love affair between people and technology comes entirely naturally. Jonze’s film hones rather than broadens its focus, ending on an unfathomable conundrum of the ‘Do Androids Dream of Electric Sheep?’ ilk.

Yet what makes Her so great is that despite its apparently cautionary context and the fact that it’s about the interactions between one man and his fancy computer, what it has to say about the nature of love, companionship and obsession is human and timely. The basic logistics might not be the same (sex is certainly one hurdle that can’t be easily vaulted), but as a study of how lovers talk and justify their actions, it may as well have been set in the ’40s. The topography of the relationship we monitor can easily be read as one between two normal people with all senses in tact. It’s a love story for our time and for all time.

Spike Jonze, operating outside of his Charlie Kaufman comfort zone. Could be fireworks...

Playful yet sincere, inquisitive yet honest, doomed yet totally heartbreaking. 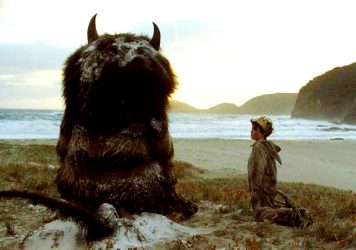 Where the Wild Things Are

The maverick filmmaker of his generation takes on the most popular children’s book of all time with mixed results.