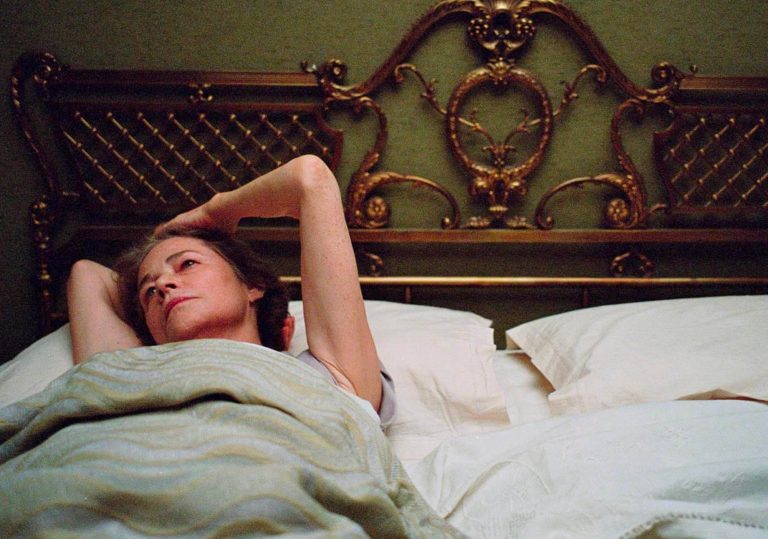 Rampling won big at Venice 2017 for this one.

Charlotte Rampling delivers a remarkable performance in this melancholy study of grief.

Charlotte Rampling possesses a singular ability to say multitudes without ever uttering a word. Through a soulful glance or the set of her jaw, she tells us all we need to know. Which is just as well, because Andrea Pallaoro’s melancholy character study, Hannah, hinges on Rampling’s ability to convey emotion and inner turmoil without the use of dialogue. It could only work with a performer as finely-tuned to the minutiae of human behaviour as this.

Hannah goes about her daily life in Belgium. She attends a drama class. She eats a quiet dinner with her husband. The next morning, the pair travel to a prison, where they say their goodbyes. Hannah travels home alone. With her husband incarcerated on an undisclosed charge, her life is reduced to a series of rituals: she cleans the house of a wealthy young woman and entertains her young son; she tries to get her beloved dog Fynn to eat something; she exercises at a local swimming pool. She looks for something to anchor herself to, cast adrift by her grief, but all the while stoically maintains her composure in the face of quiet devastation.

At a svelte 93 minutes, Pallaoro’s film is a brief snapshot into Hannah’s life that leaves us with more questions than answers. We are left to fill in the blanks about her past, and the mistakes which haunt her in the present. The muted colour palette and grainy film stock hint at realism, but bursts of colour (flowers in a shop window, orange cordon tape on a beach) show Hannah’s yearning for human connection. It’s a fine vehicle for Rampling’s considerable talent, and although a little frustrating in its stubborn sparsity, it’s worth a look for the achingly vulnerable performance at its core.

Rampling won big at Venice 2017 for this one.