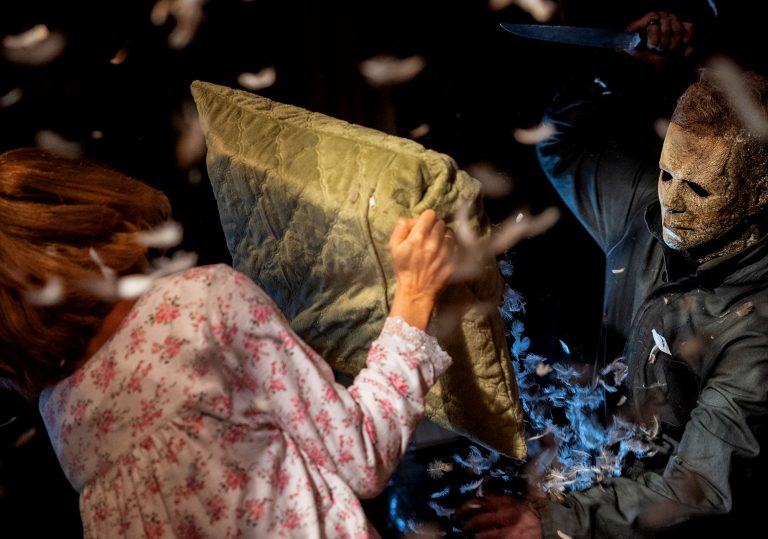 Halloween Ends was a bit like being stabbed in the eyes with a kitchen knife.

Faint praise, but this could be the best Halloween movie outside of Carpenter's original.

The biggest surprise of this low-key horror trilogy capper is how much better it is that its crummy, cash-in predecessors.

Following the mid-trilogy atrocity that was 2021’s Halloween Kills, expectations for the climactic episode of this new set of IP cash-in films from director David Gordon Green sat just a little bit below rock bottom.

And yet, that second film was such a repulsive, idiotic ordeal, so wrong-headed in every aspect, that one might be prompted to ask: would it even be possible for a franchise to slump further into the slurry-filled quagmire of artistic ignominy?

It’s a question we thankfully don’t need to answer right now, because Green and his band of screenwriting cohorts Paul Brad Logan, Chris Bernier and Danny McBride have, against all odds, delivered a very fine and touching horror-drama that bares only soft resemblance to the hyperbolic first instalment and the godawful second one.

It’s maybe disingenuous to say this, but the shift in tone and quality is so extreme that it feels as if Green has been let off his leash a little and allowed to make something far more in tune with the insightful, intimate, sensitive dramas upon which he made his name. He’s done his work for the machine, the money is being counted out back, so now he gets an opportunity to noodle and try out some weirder riffs.

With the previous film going to melon-twisting lengths to offer some small catharsis while keeping Michael Myers heart beating just enough to see out his contractual obligation, we’re dropped once more into the sleepy burg of Haddonfield, Illinois (surely now the official Murder Capital Of The World?) circa 2019 to witness an incident involving goofy teen upstart Corey Cunningham (Rohan Campbell). A routine babysitting stint for a bit of easy folding money takes a turn for the disastrous and Corey suddenly finds himself on the business end of a manslaughter charge and subsequent pariah status in the community.

Jamie Lee Curtis’ Laurie Strode, herself no slouch when it comes to interacting with killers, decides to take this kid under her broken wing when she sees him being hassled by a gang of expendable high school jerkoffs. And it’s not long before lost soul and recent orphan Allyson (Andi Matichak), now living with grandmother Laurie, becomes warm for his dishevelled form. But Laurie has peered into the dead eyes of Michael Myers and has seen the face of evil, and believes Corey may have a similar glint in there. 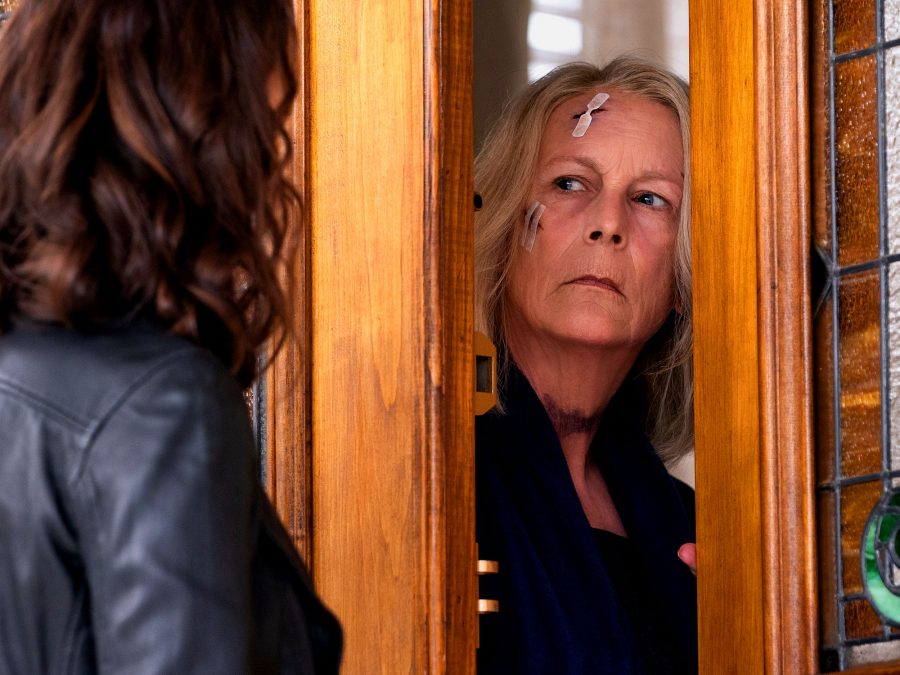 With a stripped-back script that is a darn sight more coherent than its two predecessors, Halloween Kills focuses instead on themes of isolation and trauma in a way that is sophisticated enough to lend real gravitas to its central plot arc. As a character, Corey is a lot more interesting than blank-faced robo killer Michael Myers, who has always been little more than a lumbering Rorschach test for a miscellaneous form of “pure evil”. His relative absence here makes him a far more chilling and effective presence.

There is a Jekyll and Hyde element to Campbell’s lively performance, and he switches between these modes in a way that’s entirely convincing. Although some might read this as a Joker-fied take on Halloween lore, there’s no sense that Green is trying to make a grand statement about “society”, while at the same time not being shy when it comes to pointing out its manifold ills.

As Corey gradually slips from the path of benign intentions, we’re still able to empathise with him despite a series of, shall we say, regrettable life choices. Curtis, too, finally brings a long-yearned-for sense of pathos and reflective hope to Laurie in one of her strongest recent performances.

Gone are the convoluted Girlboss antics of the first film, and now her interior confidence as a character is both dramatically exciting and helpful when it comes to laying the foundations for a big, stabby finale which should put Michael Myers to bed for good. Or at least until the next refit comes along.

Halloween Ends was a bit like being stabbed in the eyes with a kitchen knife.

Faint praise, but this could be the best Halloween movie outside of Carpenter's original.