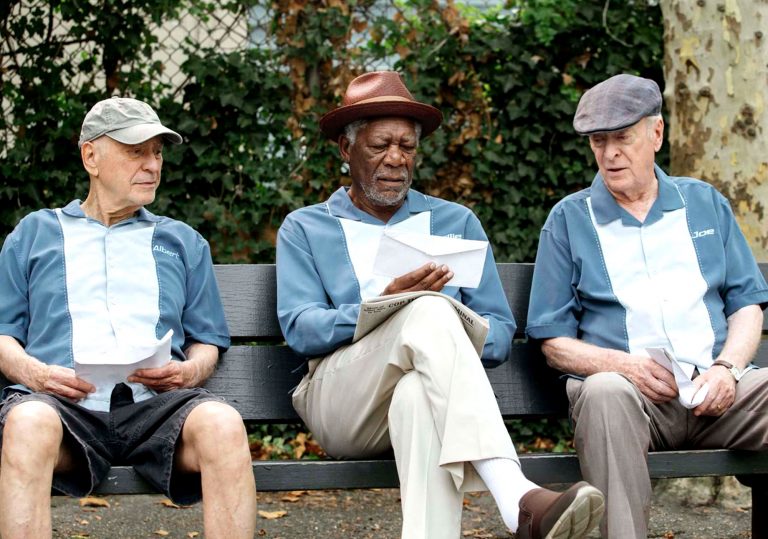 A day out with the old folks.

A story of rebellion that’s cobbled together from compromises.

What does one call an OG story when the gangstas are not Original Gangsters, but remake gangsters? RG? Is this where RG-bargy comes from? This review has digressed before it’s begun. It could be age catching up to us. Or perhaps when Hollywood isn’t using its imagination, our own minds must wander.

Based on the story ‘Here on a Visit’ by Edward Cannon, the 1979 version of Going in Style was the feature debut of 28-year-old director Martin Brest, who later achieved smash success with the likes of Beverly Hills Cop. It was a dry, low-key comedy featuring old vaudevillian George Burns, comedian Art Carney and method-acting legend Lee Strasberg, as a trio of retirees who elect to rob a bank with minimal planning, because, why not? It might be fun, if they get caught it’s free room and board for a few years, and all they’re doing otherwise is waiting for social security cheques and death.

2017’s Going in Style is the big-budget attempt at directorial career reboot for unfashionable funnyman auteur Zack Braff, who has assembled his own septuagenarian comedy supergroup in Michael Caine, Morgan Freeman and Alan Arkin. In keeping with the customary ‘more is more’ approach of remake culture, this Going in Style mines the financial crisis for deeper motivation for the old timers’ robbery – Caine’s house is being foreclosed on, and all three protagonists see their steelworkers’ pension fund dissolved.

Where Brest’s film unfolded with pigeon-feeding scenes and wisecracks amid sighs, Braff gives us a loud machine gun robbery in the first five minutes, the bandit speechifying “You’re a casualty of a corrupt system that no longer serves the people!” It is here Caine’s character gets the inspiration to pull a bank job – his scheme to save his home by robbing the bank to pay the bank echoing Hell or High Water by way of Last Vegas. And a bit of Ocean’s Eleven, for when they do commit their heist they wear Rat Pack masks.

Between the instigation and the execution, there are references to sore knees and musings on how many years they have left. There’s a funny slapstick sequence where Caine, Freeman and Arkin test their criminal chops at a discount supermarket, only to knock over displays and make chase on a mobility scooter. Several episodes of Seinfeld are being referenced here, from old people stealing in ‘The Bookstore’ to George’s Geriatric Bike Gang shenanigans in ‘The Butter Shave’.

Indeed, there’s a cameo from Seinfeld regular Siobhan Fallon Hogan. There are cameos from Kenan Thompson as a wisecracking retail manager, and Matt Dillon, who smirks his way through his role as the cop, and Christopher Lloyd, embarrassingly hung out to dry in some cruel parody of dementia, and Peter Serafinowicz, in a perplexing role as the simpleton stoner deadbeat dad to Caine’s grandchild.

All these grab-bag references to comedy entertainment glory give Going in Style a soothing veneer but never cheer its hollow centre. A romantic subplot with Ann-Margret and Arkin simply reminds us that she’s been playing love interest to aged cranks since 1993’s Grumpy Old Men, while he’s been moonlighting as dying granddad since 2006’s Little Miss Sunshine. Braff, who in his Garden State days ambitiously aped techniques from Woody Allen, Pedro Almodóvar and Hal Ashby, is now content to visually experiment with a series of smooth but redundantly misbegotten split-screens.

The economic wokeness of the plot would seem rote in most movies, and seems particularly insincere when the executive producer here is Trump’s Treasury Secretary, Steven Mnuchin. This is not even to mention that while the title is Going in Style, these good old boys don’t actually ‘go’. If the original was about thumbing one’s nose at mortality but ultimately facing it, there’s a happy ending this time, suggesting maybe you can pretend that the end will not come as long as you can fantasise of a payday.

A day out with the old folks.

A story of rebellion that’s cobbled together from compromises. 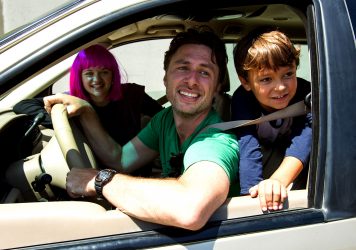 Wish I Was Here

Zach Braff stays on comfortable turf in this dramedy about a man facing the inevitability of death.