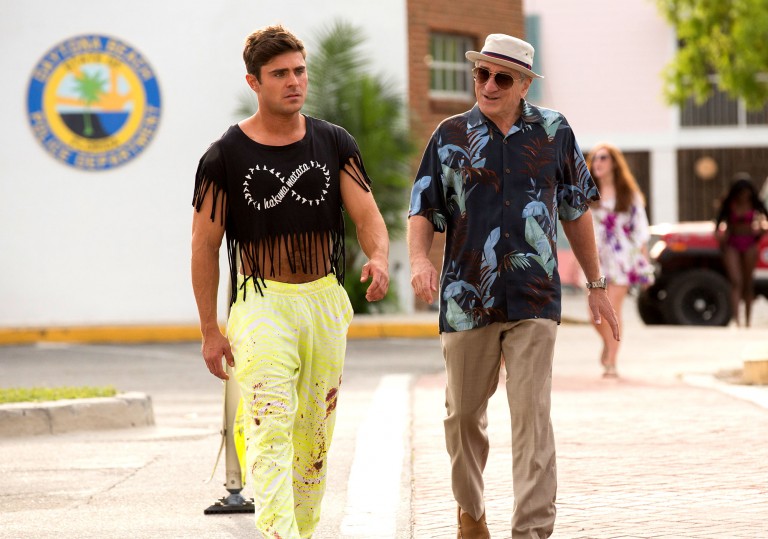 In our review of last year’s misguided Al Pacino vehicle, Danny Collins, we facetiously suggested that perhaps the reason its star and his equally-regarded contemporary, Robert De Niro, were churning out such consistent levels of dreck in recent years was the result of an inside joke between the two – a competition to see who could make the worst film. In whichever parallel universe such audience-trolling japery might exist, the release of Dirty Grandpa sees the contest unequivocally closed, a champion crowned.

If there’s a single positive to be taken away for those lamenting the post-millennial downward trajectory of De Niro’s career choices, it’s the knowledge that Dirty Grandpa represents rock bottom (sub-stratum, even) and that the next film we see him in will be – can only be – better.

For now though, this is what we’ve got: an insidiously misanthropic road-trip yarn, steeped in vile dudebro privilege masquerading as equal-opportunity offensiveness. Not a single character (or actor) escapes with a shred of dignity intact, as an alternately bored or bewildered Zac Efron accompanies his recently bereaved gramps on a skirt-chasing trip to Florida.

Yet it’s difficult to feel too much sympathy for cinema’s foremost Archbishop of Peru (see 2004’s The Bridge of San Luis Rey – actually, don’t), given the vile dialogue he’s made to spout. Jeffrey Bowyer-Chapman’s Bradley finds himself on the receiving end of one of De Niro’s most repellent attacks: being black and gay apparently a gag in and of itself. Not that it’s any better for the film’s female characters, alternately reduced to sexpots (poor Aubrey Plaza), harridans or chaste, would-be girlfriends. A karaoke set-piece constructed entirely around De Niro dropping the n-bomb forms an echo chamber of bad judgement around all involved.

Dan Mazer directs like a man in constant negotiation with an intemperate black hole, locking horns in a Sisyphean battle against a nation’s entire tumbleweed stock; those inanimate De Niro-comedy groupies that tumble far to have their existential cries of purpose definitively answered. He’s a long way from the smart satire of Borat, or the throwaway charms of I Give It A Year.

The ugliest film in recent memory – in every sense of the word – we can only hope it meets the fate it deserves. Perhaps then De Niro will put some effort into getting his purported Scorsese project, The Irishman fast-tracked. God knows he needs it.

Isn’t it time we started embracing our own mortality like Michael Caine’s retired composer in Youth?