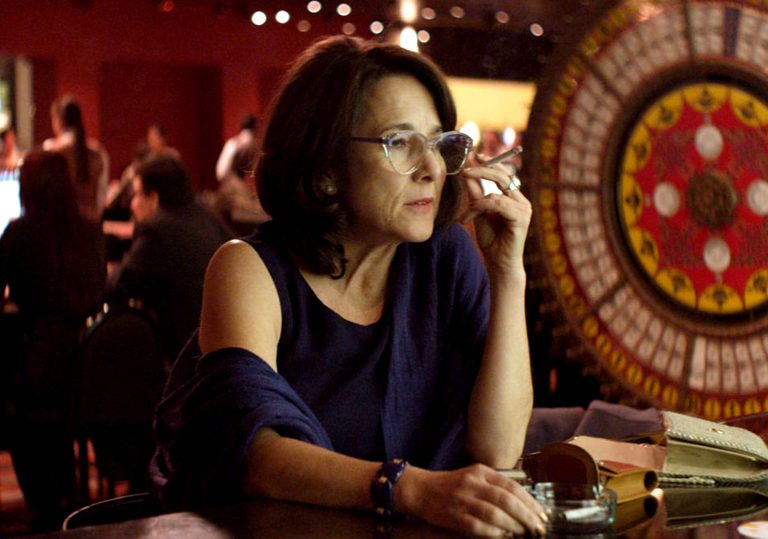 Paulina García’s performance has been hyped to the hilt but the story sounds vague.

Vague, shmague. We left the cinema with a smile so wide.

The life force of director and star is pure good news.

The glory of Gloria comes from the slow-burning but passionate appreciation director Sebastián Lelio shows for the depths of a 58-year-old woman living in Chile, a demographic that remains something of a no-man’s-land in cinema.

Paulina García won the Silver Bear in Berlin for embodying this apparently calm mother. She has various grown-up children, dotted around the city. With a face concealed with owl-like specs, Gloria possesses the rare ability to listen impassively, walking through life with the mysteries of her inner-self intact. Only when she deviates from conventionally ‘age-appropriate’ pursuits like work or yoga or family, heading to a nightclub where she dances and courts the male gaze, do we sense her interesting appetites.

Whether the film’s title is inspired by John Cassavetes’ 1980 vehicle for his missus and muse, Gena Rowlands, is up for debate, but the influence is felt in the long takes capturing personal scenes and the incremental progression of a naturalistic story. At times it seems a little slow. The sinking feeling that this is a promising character study bogged down by stylistic ennui hits around the mid-point, but before all hope is lost, events pick up and for the final act it becomes apparent that the placid but purposeful Gloria is a thrillingly unknowable figure.

Igniting the wild side of Gloria is Rodolfo (Sergio Hernández), a baleful ex-navel officer. Having recently shed a wife and a shit-tonne of weight, Rodolfo has not yet accustomed himself to a lighter life when Gloria catches his eye down at the disco. Hernández is both plausible and pathetic as a man caught in the push/pull vortex of duty and desire. In the beam of his fancy-woman’s stoic continuity, he seems weak. Still their relationship is handled delicately and with an intuitive compassion flowing between the lovers at all times, except during one triumphantly messy shot.

But their relationship is scarcely the point of this film. As the catchy title song extols: “Gloria! Gloria!” Her character is all the more rewarding because it takes so long to fully emerge. García has a timidity that allows surroundings to colour her character. We need to see her in the context of each new setting before the picture is complete.

In a scene with a doctor she seems vulnerable but when dancing she is a free woman with the future at her shimmying feet. García gives herself over to a story that is basically an emotional striptease. Discovering that Lelio wrote the film with her in mind and allowed her to take decisions at every stage explains the raw alchemy of her performance. There is a transfixing desire bubbling in Gloria — and by extension her creators Garcia and Lelio — that puts forth the empowering notion that whoever we are is exactly who we’re meant to be.

Paulina García’s performance has been hyped to the hilt but the story sounds vague.

Vague, shmague. We left the cinema with a smile so wide.

The life force of director and star is pure good news.