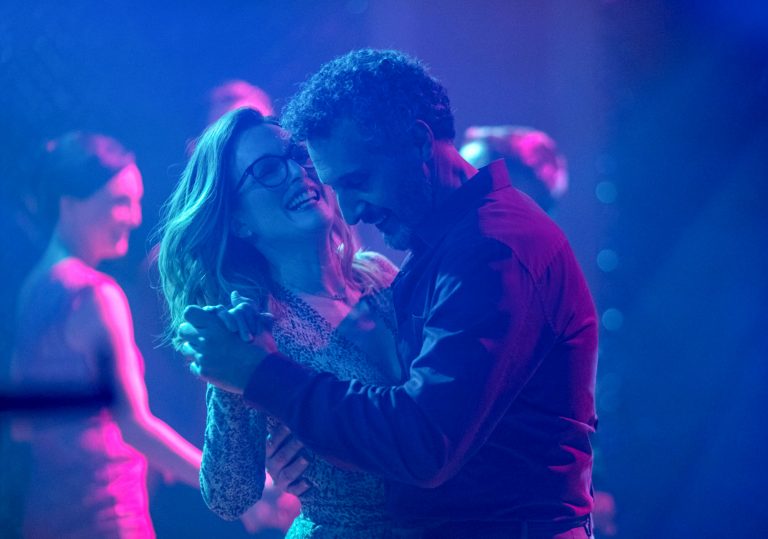 Dancing and laughing until the world blows up? Sure, sounds fun.

Julianne Moore lights up everything around her.

There are low moments, flat moments and unconvincing moments – but Gloria deserves to be protected at all costs.

Julianne Moore plays a divorcé stepping to her own beat in Sebastián Lelio’s remake of his 2013 drama.

There’s something so liberating about a woman dancing on her own and singing along to disco anthems for the pleasure of no one else but herself. Gloria Bell is someone’s mother, she used to be someone’s wife, and sometimes she’s someone’s lover. But when she performs, she belongs only to herself and the rest of us should be so lucky as to catch a glimpse as she twirls.

Julianne Moore fills the shoes of Sebastián Lelio’s everyday superstar character, first seen in his 2013 film Gloria, now anglicised in a closely-resembling remake the filmmaker has also helmed. This Gloria gives Moore the freedom and energy to talk, move and feel boldly, as she brims with happy-go-lucky charisma that celebrates ageless independence.

Gloria Bell joins the pleasant canon of films letting women over the age of 40 simply do more than wait at home while the younger characters put on a more dramatic show. Taking stock of the second-wind hedonism of Book Club but with a table for one this time, Lelio’s remake is spirited and sentimental, giving Gloria the stage to discover all the fun she can have without anyone else’s permission or prohibition. 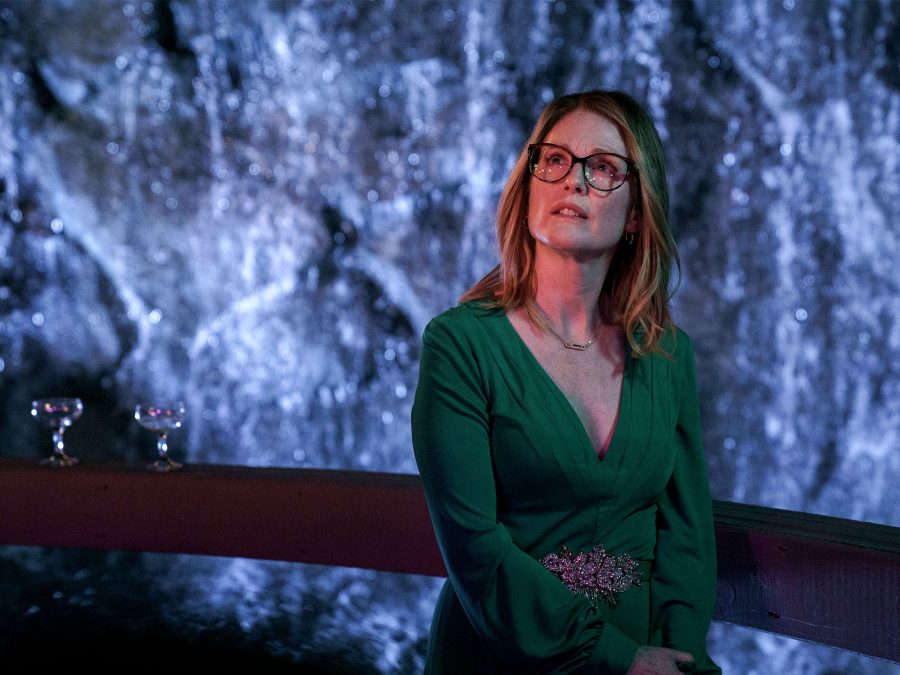 She loves to dance but also loves to love, and so when Gloria meets Arnold (John Turturro, on charming form), a fellow divorcé, her happiness blooms and is shared nicely for a while. But while eyes meet across the bar, it’s mainly circumstance that brings the pair together – they’ve both known heartbreak and had families, age is a number they know all too well. But ultimately we realise their emotional thresholds are imbalanced, and that Gloria is always at her best when she’s following her heart alone.

The in-between moments of the film, when the party stops and her smile rests, have much less to offer. Efforts to shade Gloria’s world with more recognisable anxiety – about loneliness, about physical beauty – make it lose in colour, and the more difficult moments aren’t quite visceral enough to communicate pain, instead just delaying all the good times she could be having. This feeling might be less obvious if Moore wasn’t so luminous. She’s the kind of performer you could watch forever, bringing generosity to mundanity and making every tacky needle drop sound like a generational anthem.

The film belongs to Moore, and it does make you wonder what it could look like under a fresh pair of eyes directing this talent while colouring a more inspiring landscape with a new story. But Lelio still offers enough to pass the time breezily, swapping the fear and pessimism often associated with the process of growing older for something altogether more hopeful and youthful. Gloria Bell’s independent verve salutes the women brave and bold enough to thrive instead of only being allowed to survive – and it knows that no one is worthy enough to stop dancing for.

Dancing and laughing until the world blows up? Sure, sounds fun.

Julianne Moore lights up everything around her.

There are low moments, flat moments and unconvincing moments – but Gloria deserves to be protected at all costs.

Sebastián Lelio: ‘We approached it as if we were secretly making a sci-fi movie’

The Chilean filmmaker discusses working with Rachel McAdams and Rachel Weisz on his English-language debut Disobedience.